A day in the life of an abbot

We were so delighted by the abbey and its grounds that we decided to stay on the property for the whole day except for a couple short trips into town.

In the morning, Triumph used the large common room to do a workout and even used a large stone to add some weight for squats. Then Triumph and I took a swim in the outdoor pool while Athena prepared for her impending UBC course registration.

On the first trip into town, Athena and I arrived at the market just after 1PM to find it inexplicably closed. On closer inspection, it turned out that they take a “sieste” for two hours in the afternoon. Athena and I decided to return later to provision for dinner, so we just stopped at a small artisanal boulangerie for baguettes and went back to the Abbey to make lunch with what we had. 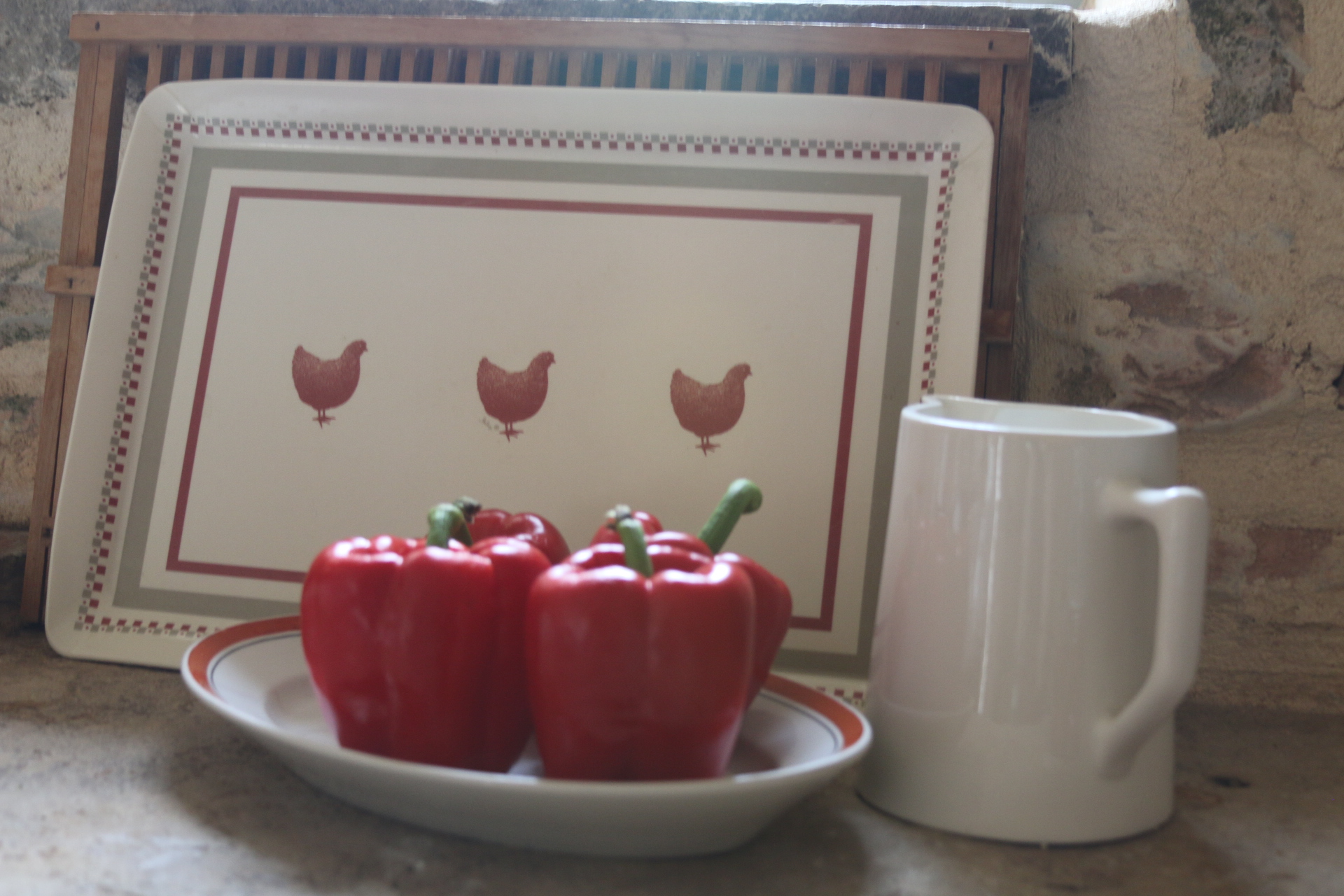 After lunch, we visited with the old donkey and gave her some more carrots. 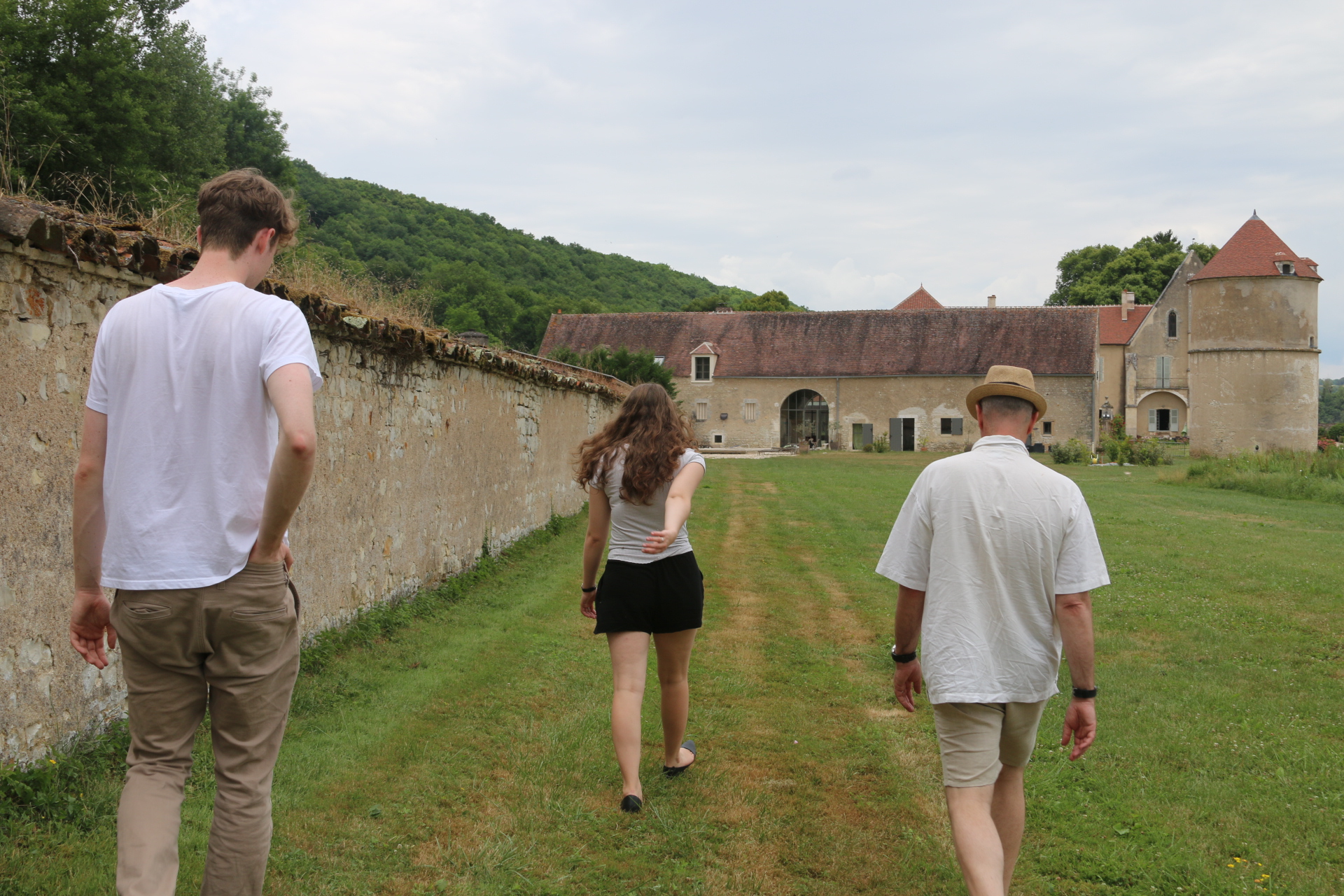 Then we decided to be brave and take the rather old dinghy and two kayaks out into the river for a boating adventure. The dinghy had a cracked outer skin and so the foam core was waterlogged and therefore quite heavy, but she remained afloat for Captain Kristine and first mate Athena. Triumph and I were in the kayaks and had to learn to steer them, which was tricky for us; we would often find ourselves in uncontrolled 360 degree spins. Our flotilla went upstream to the end of the long wall which runs along the river and delimits the end of the Abbey property. Then we headed downstream to the dyke wall. There was a small waterfall over the dyke wall, which we were not brave enough to run. We headed back to the launch site and disembarked.

After the boat ride, Athena and I headed back into town to provision for lunch and dinner, then, at 5PM, Beatrice, our host, gave us a tour of the Abbey. The interior of the common rooms are now styled as a 17th century residence. 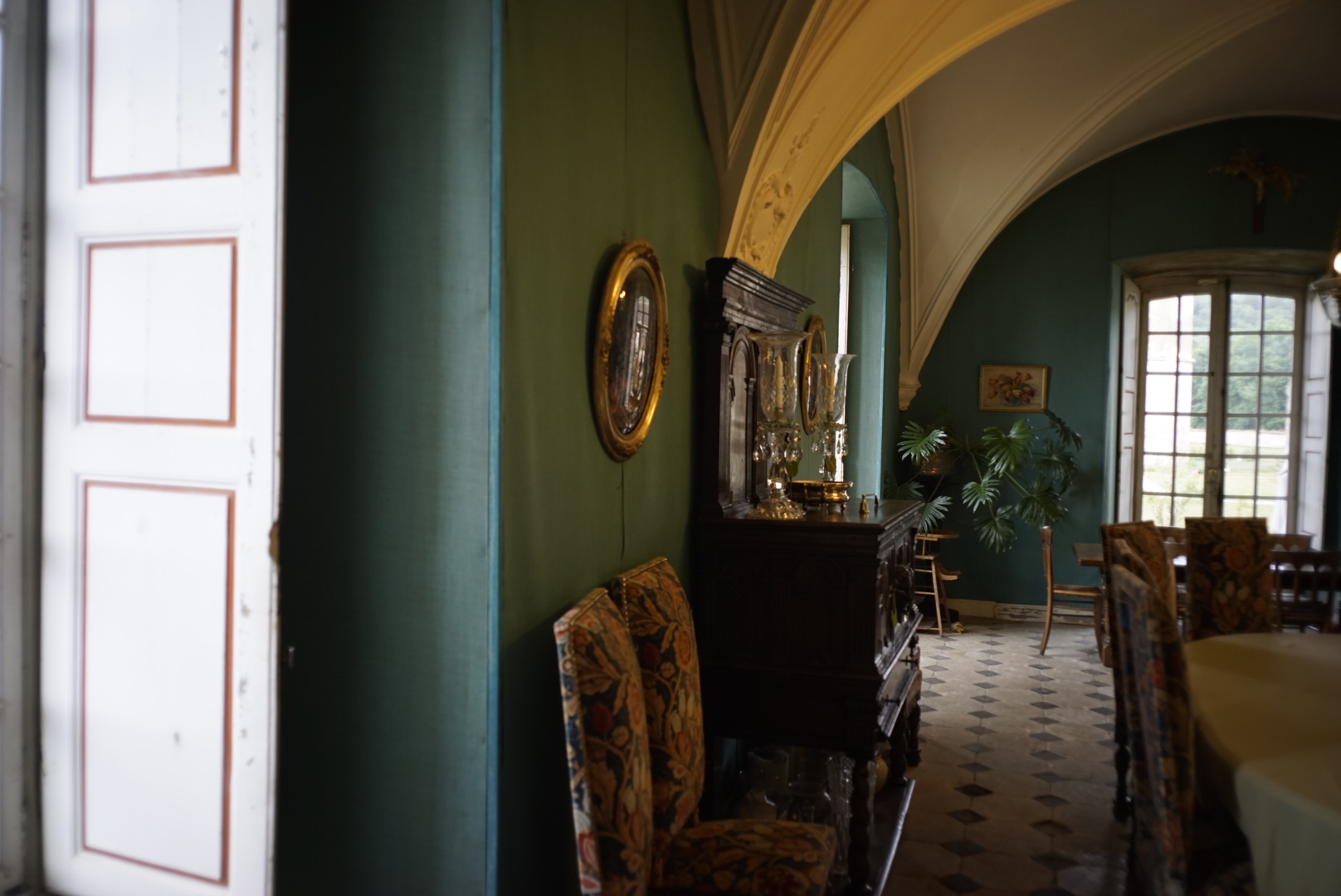 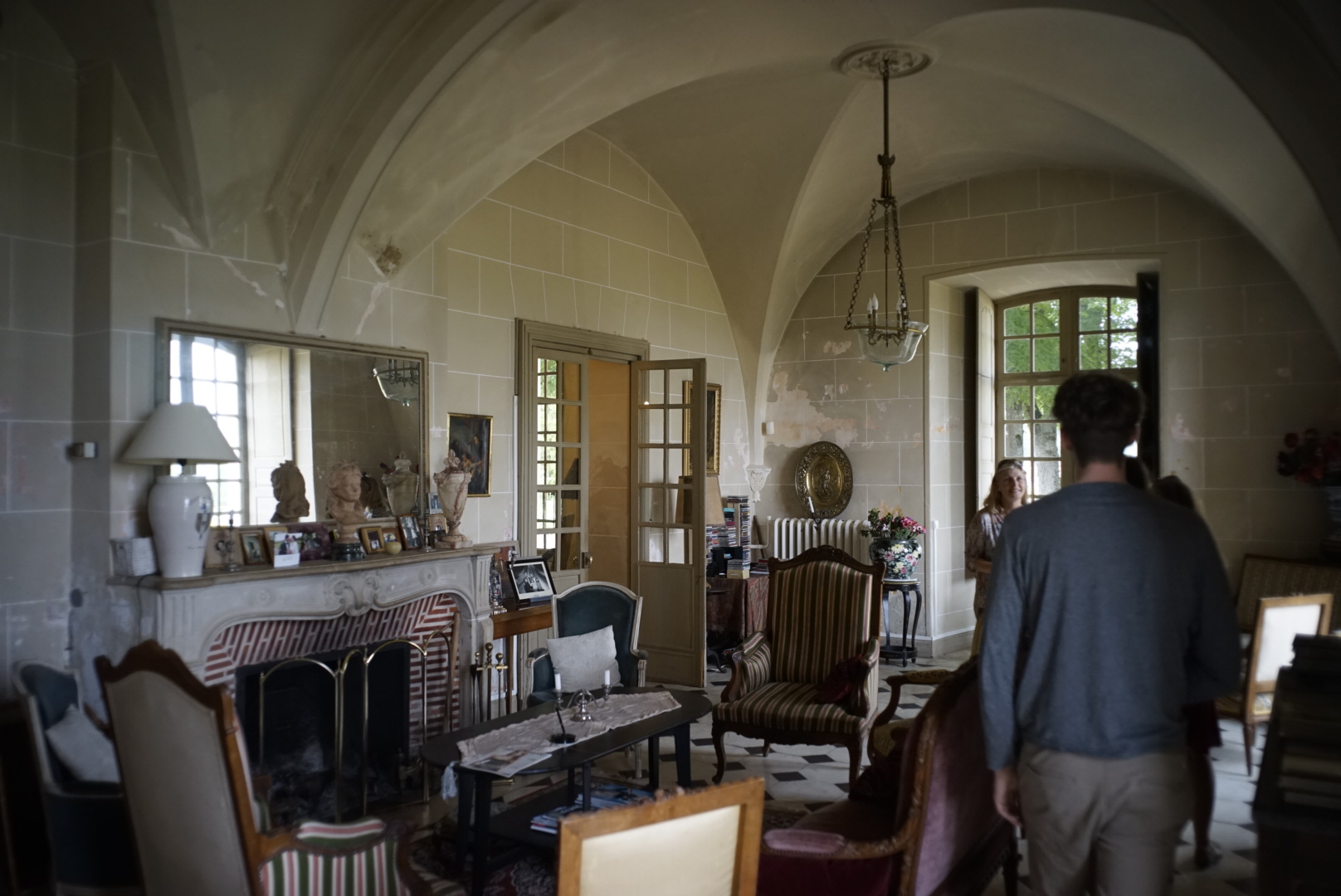 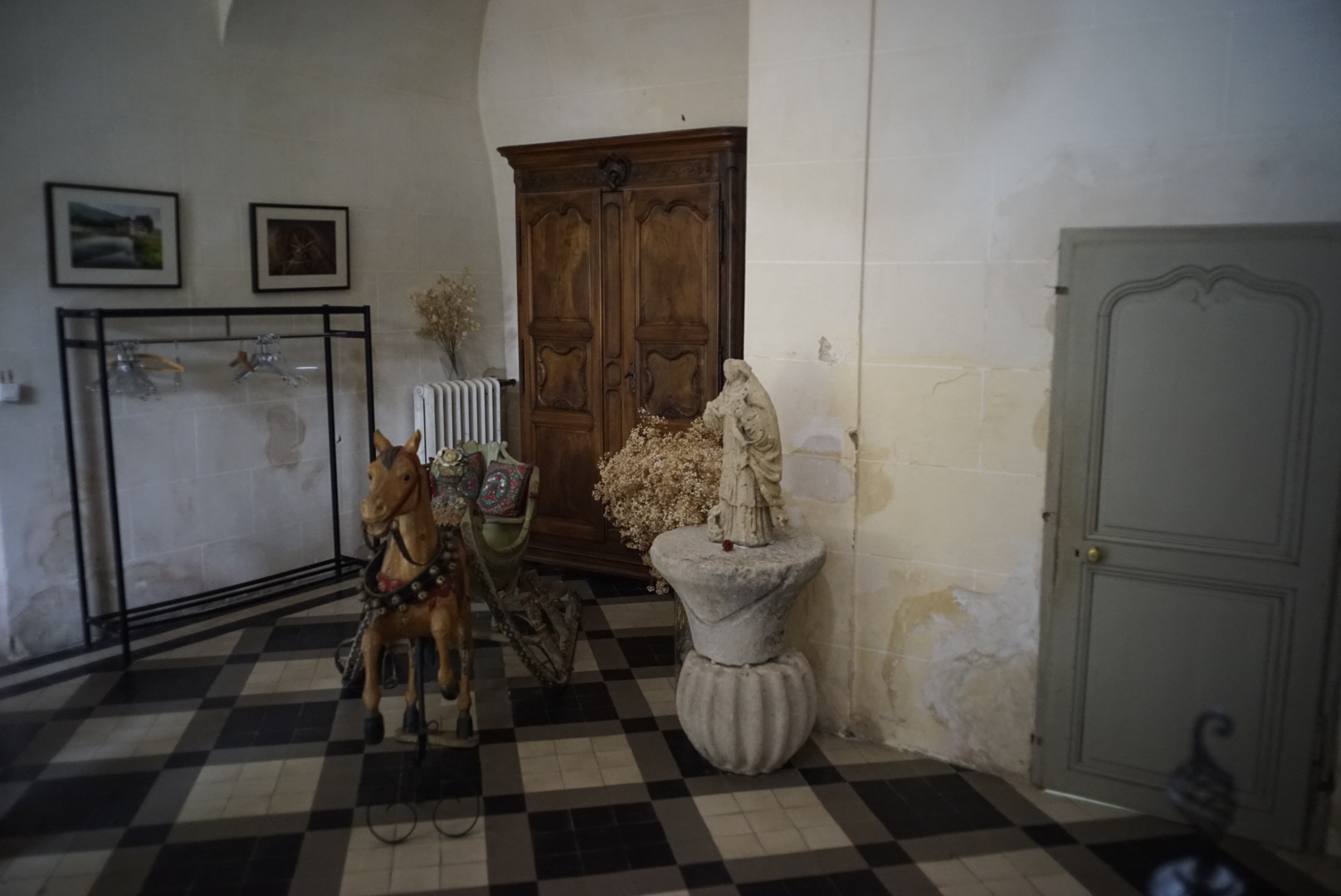 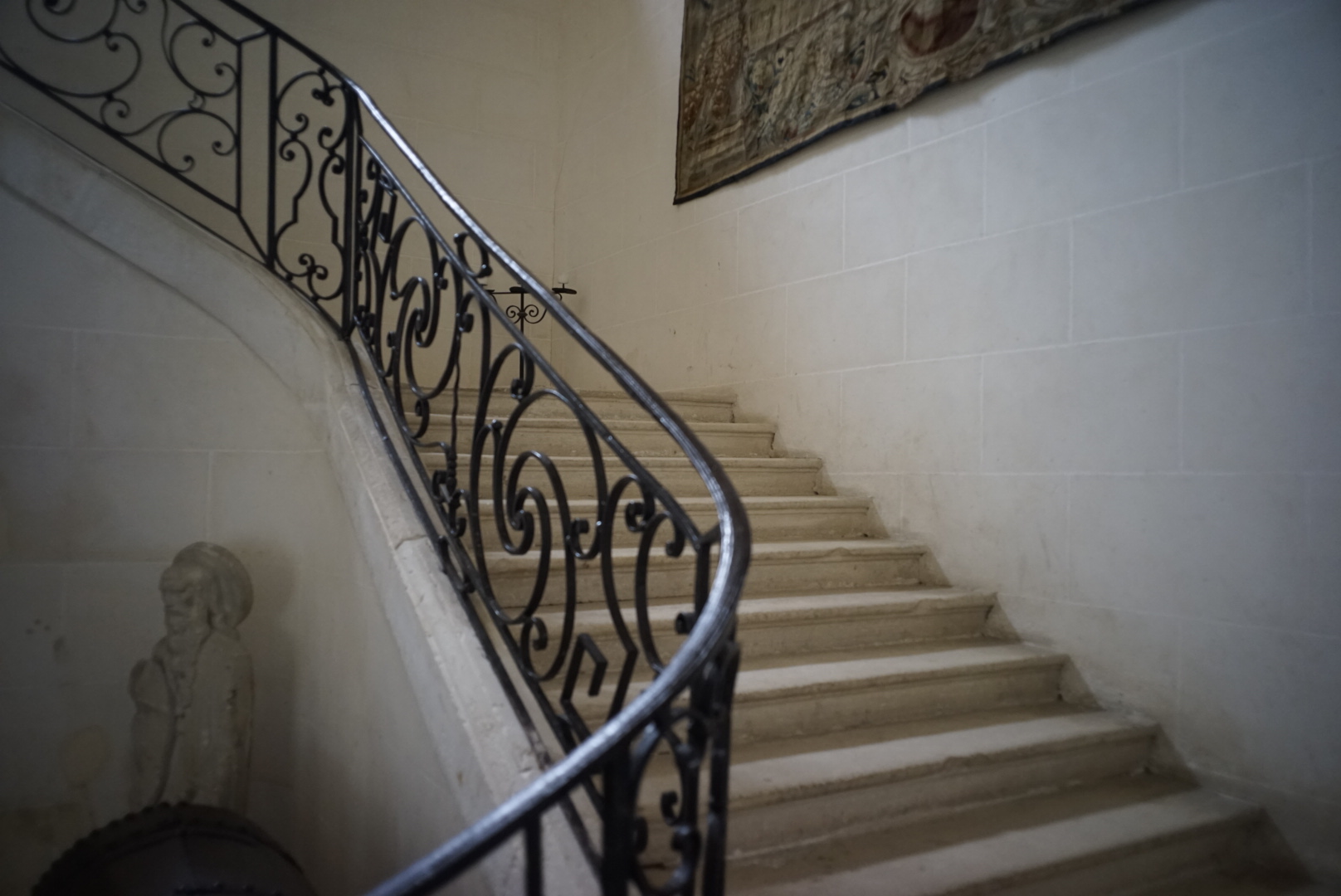 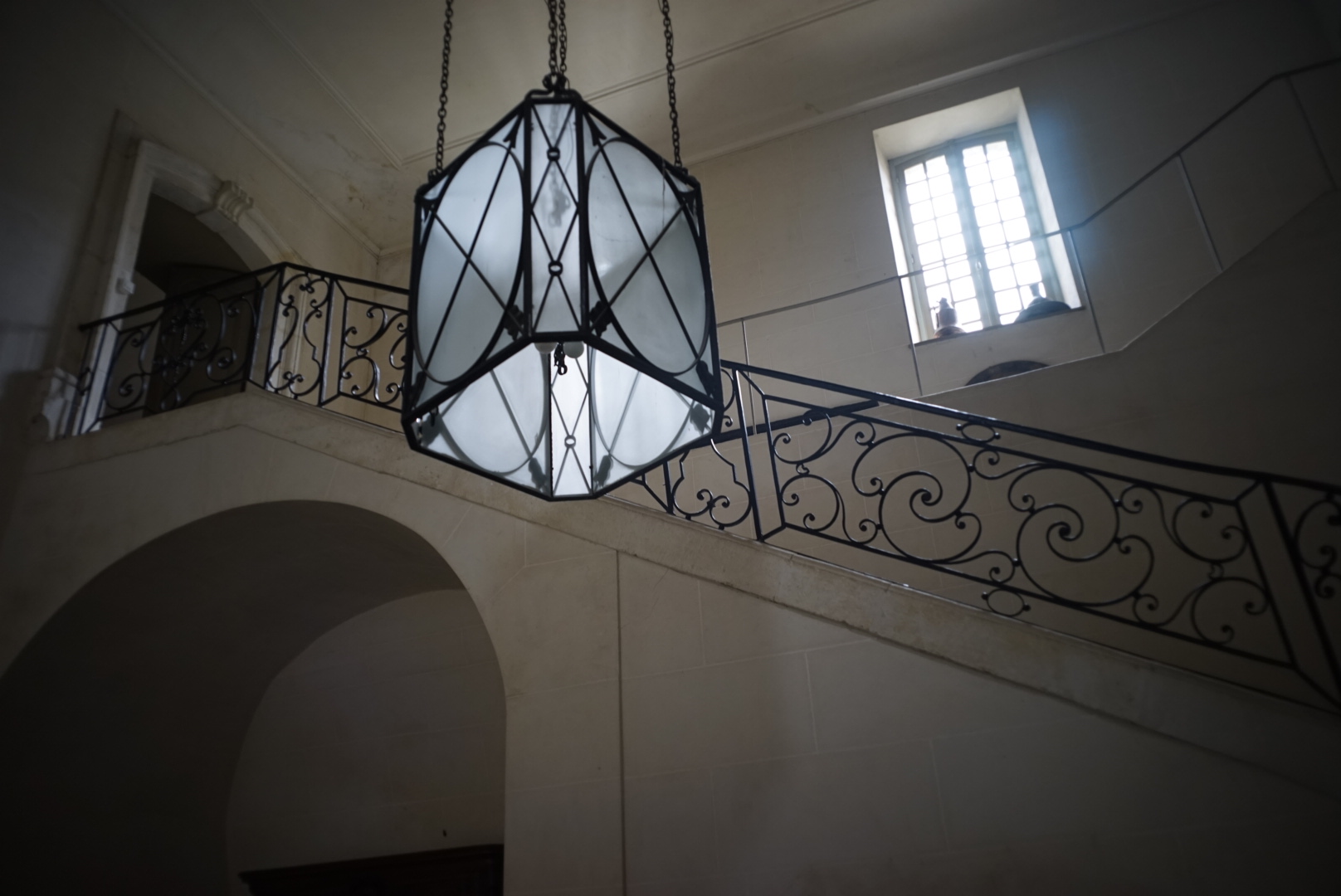 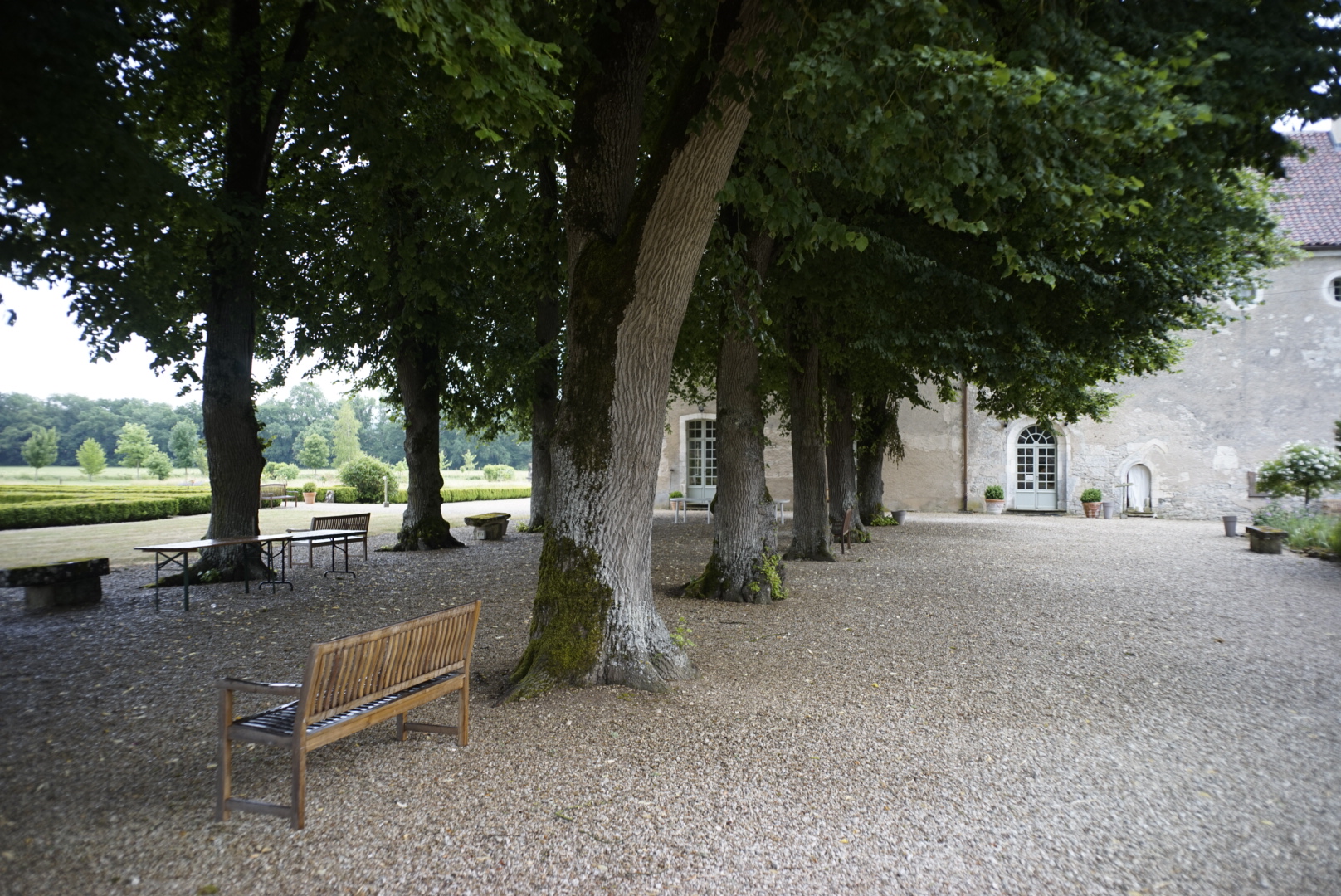 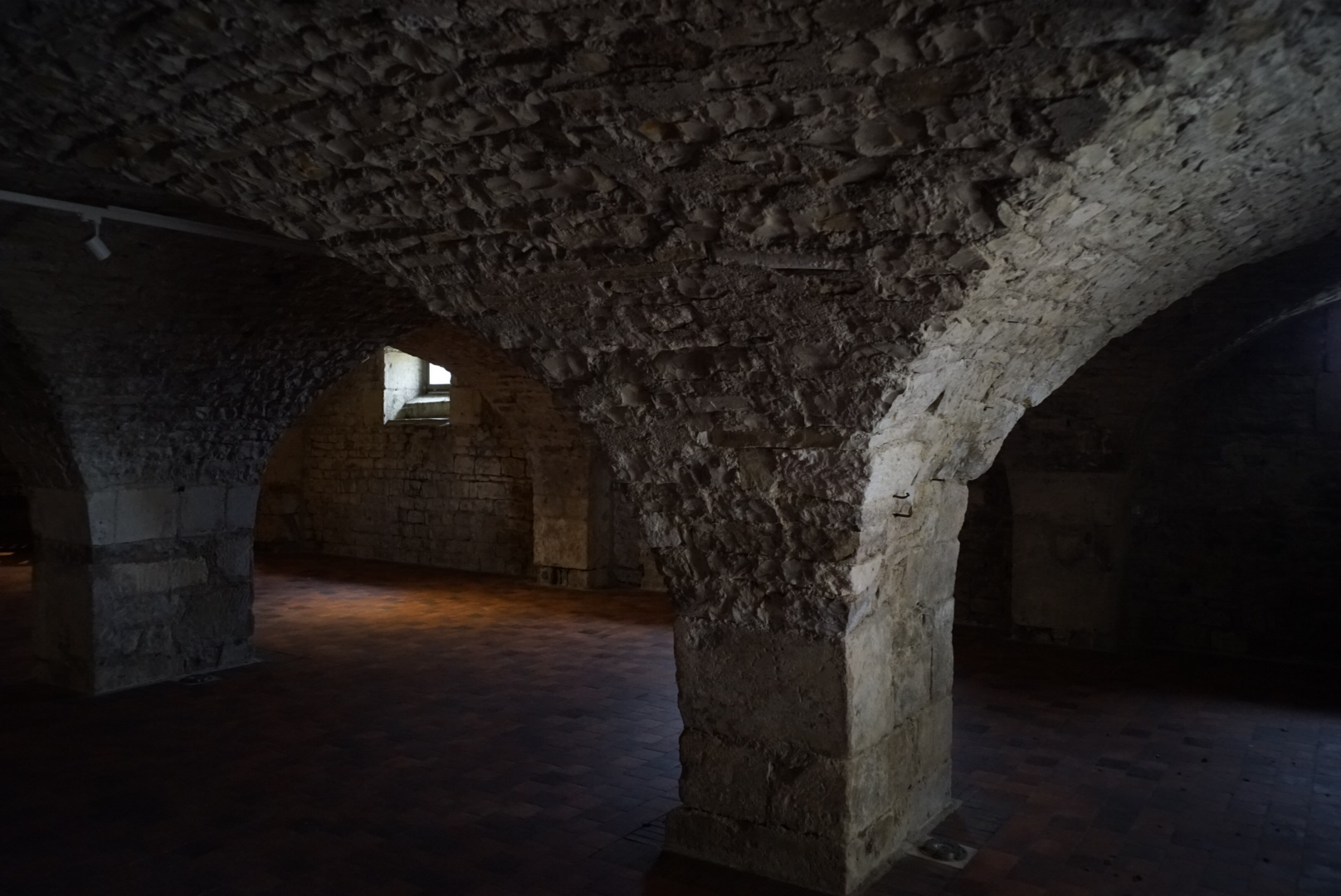 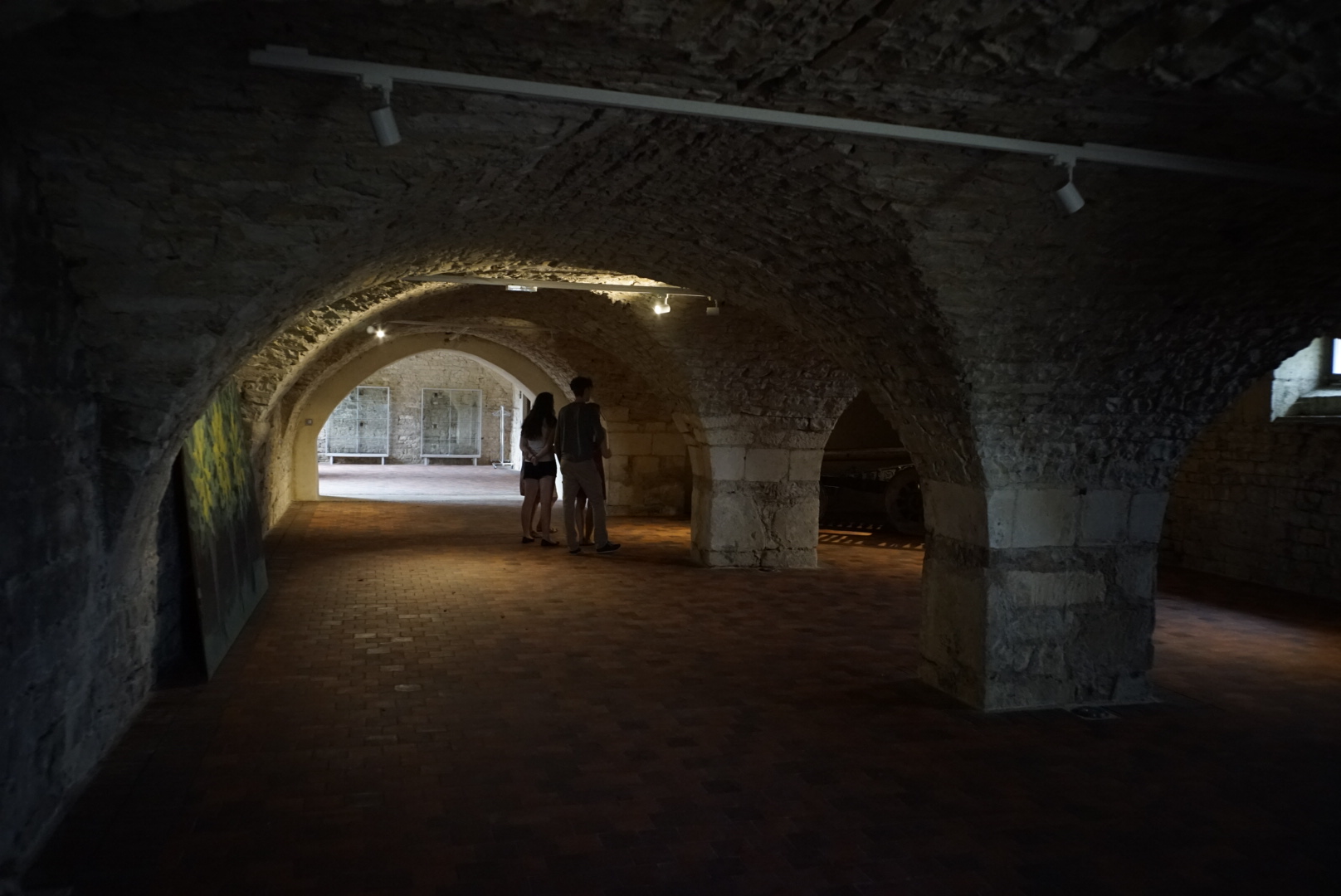 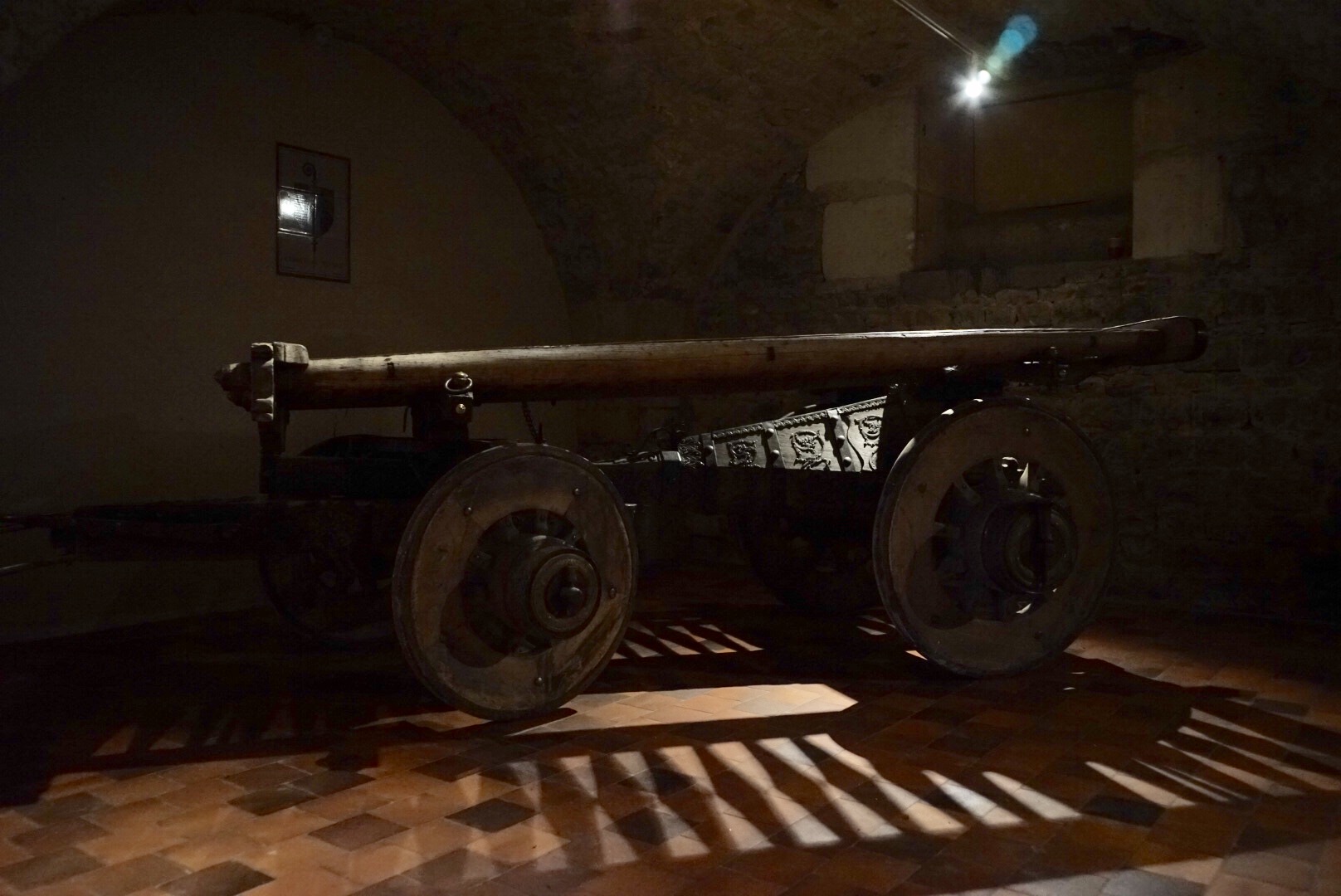 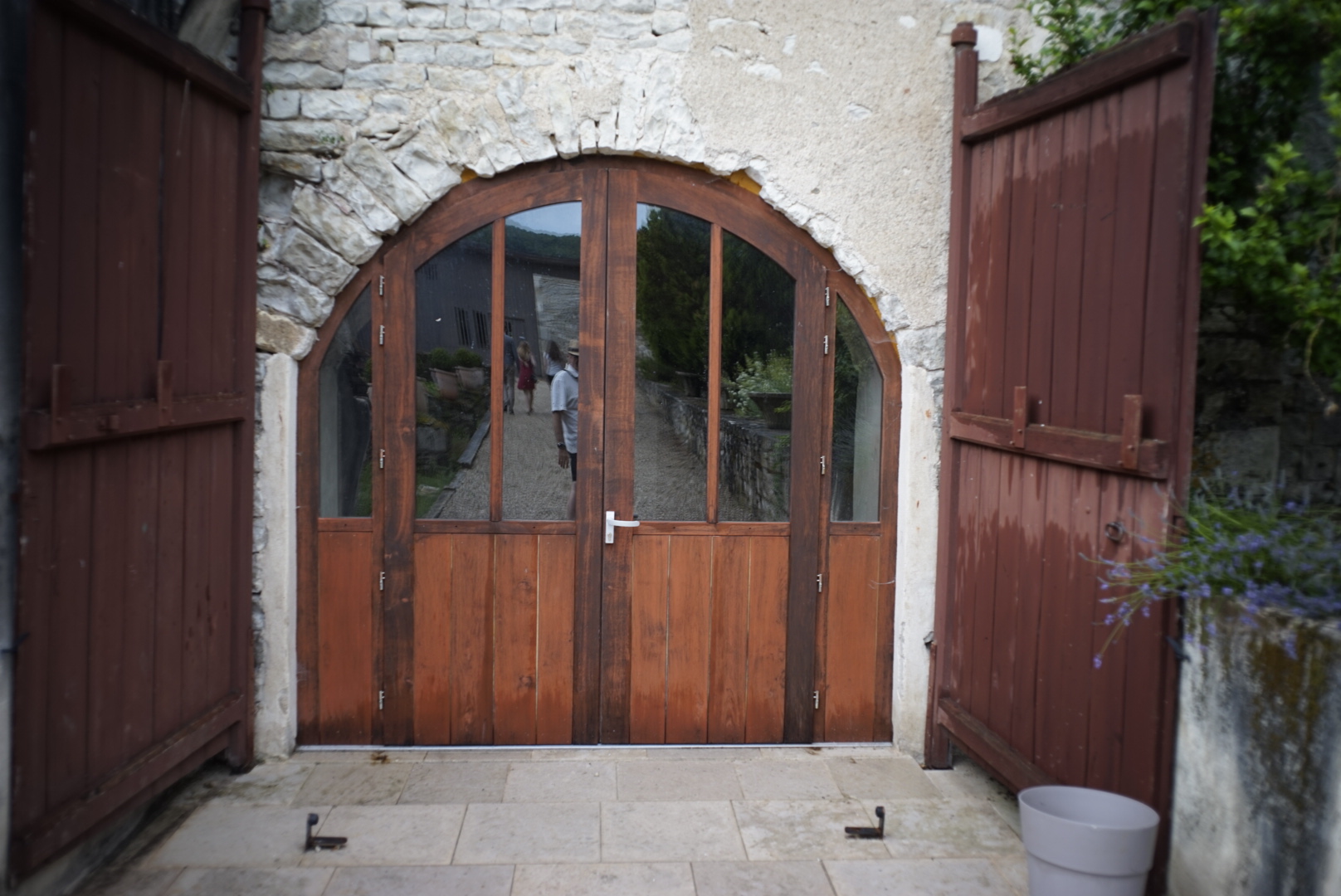 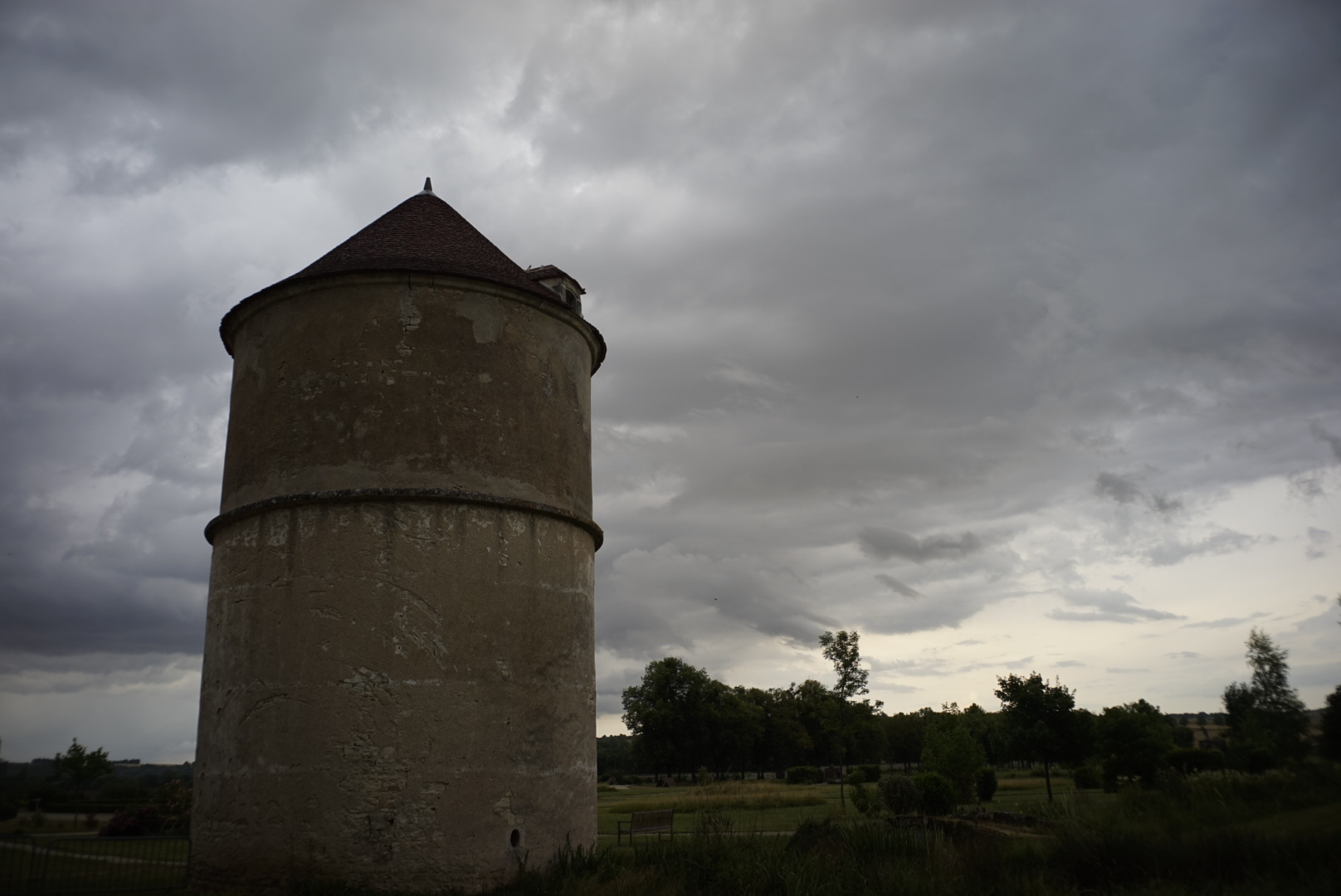 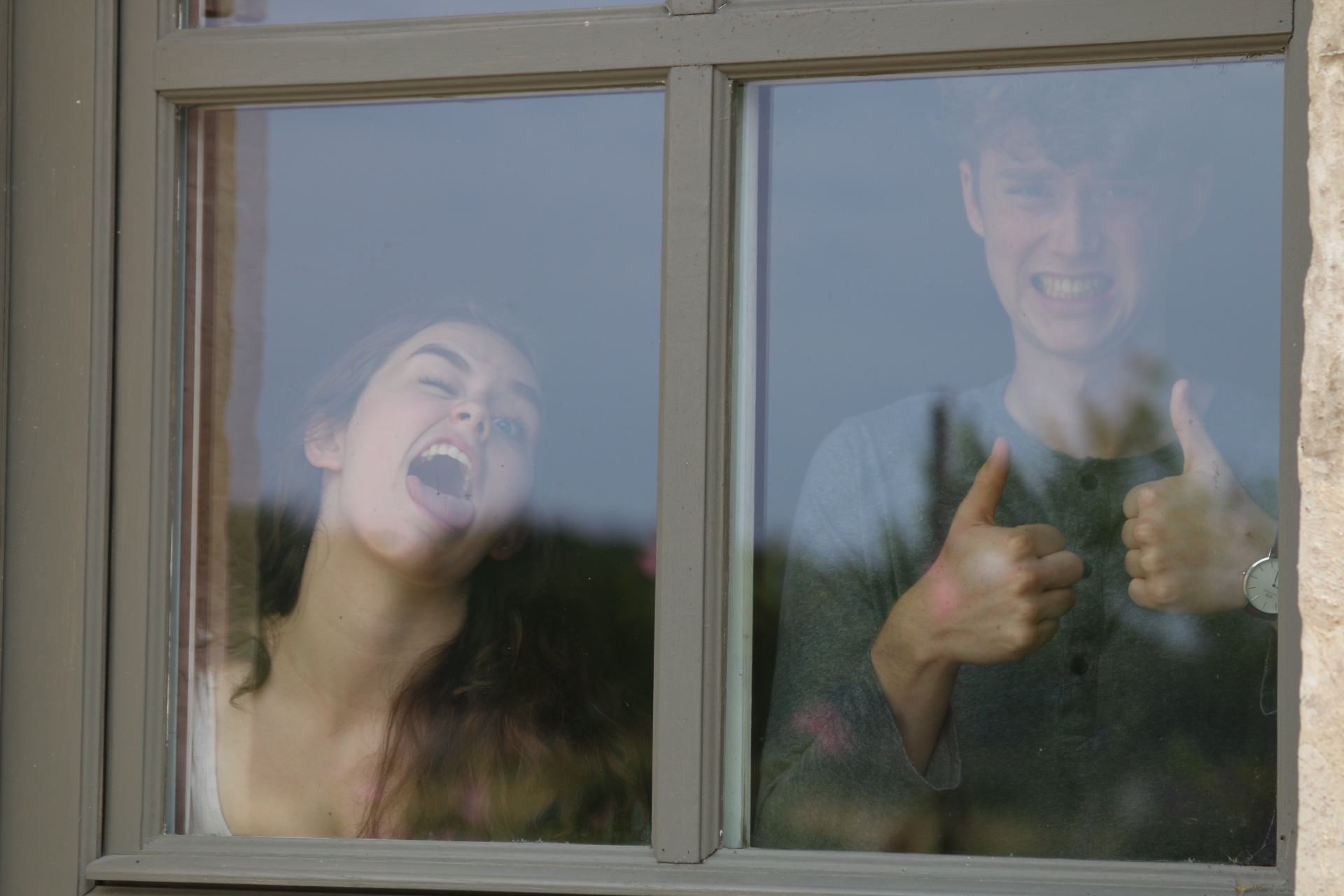 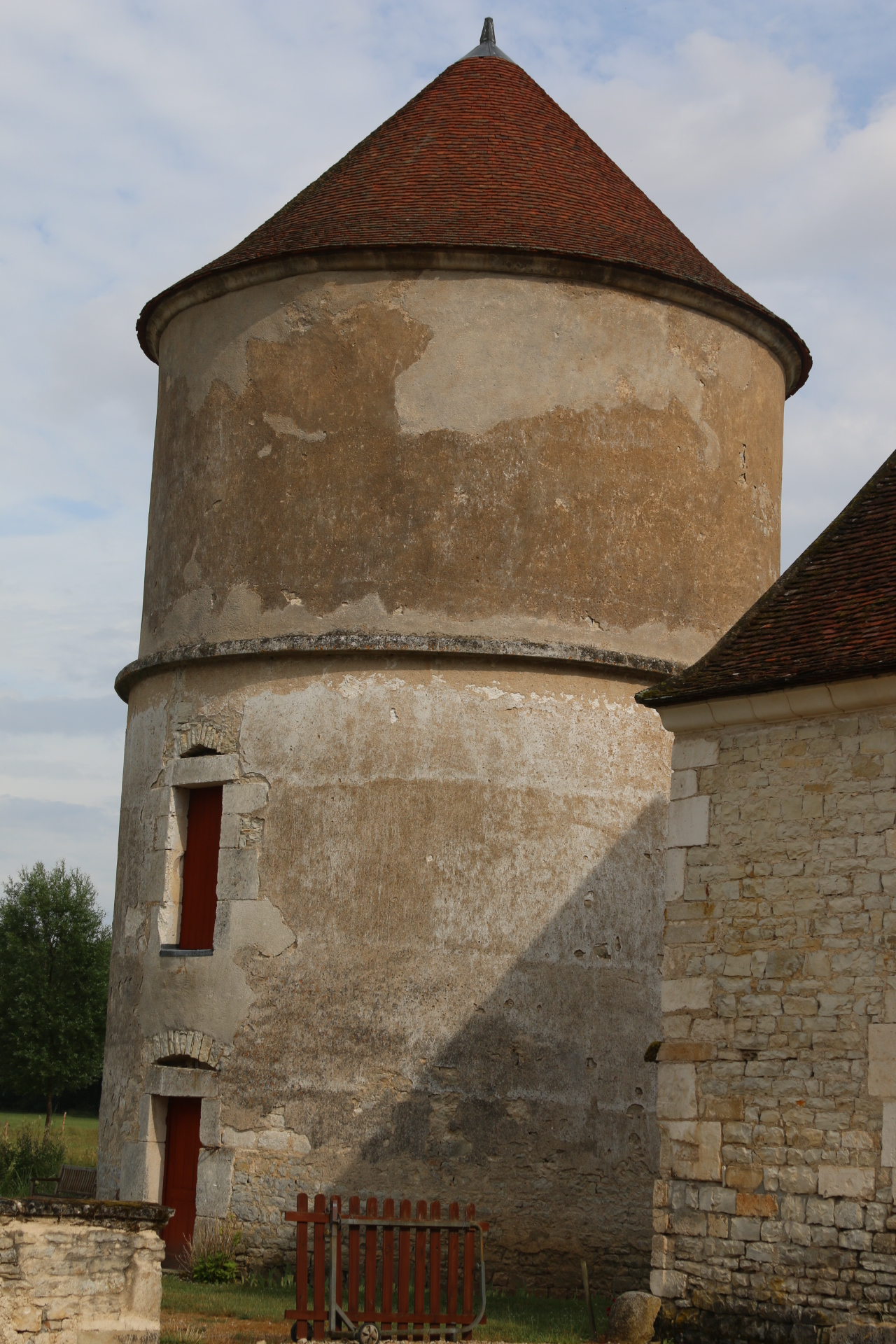 One thing we learned was that the Abbey sustained significant damage during the revolution. It wasn’t just the royalty and nobility who were targets of revolutionary zeal; the institutions of the church were fair game too. In fact, the Abbey buildings were much larger than they presently are. Some of the losses were from the revolution but other demolition was by the monks themselves, downsizing the Abbey as the population of priests decreased. It was 400 monks and laymen at its height and down to 8 monks near the end of its occupation. (The red part in the map are buildings no longer in existence.) 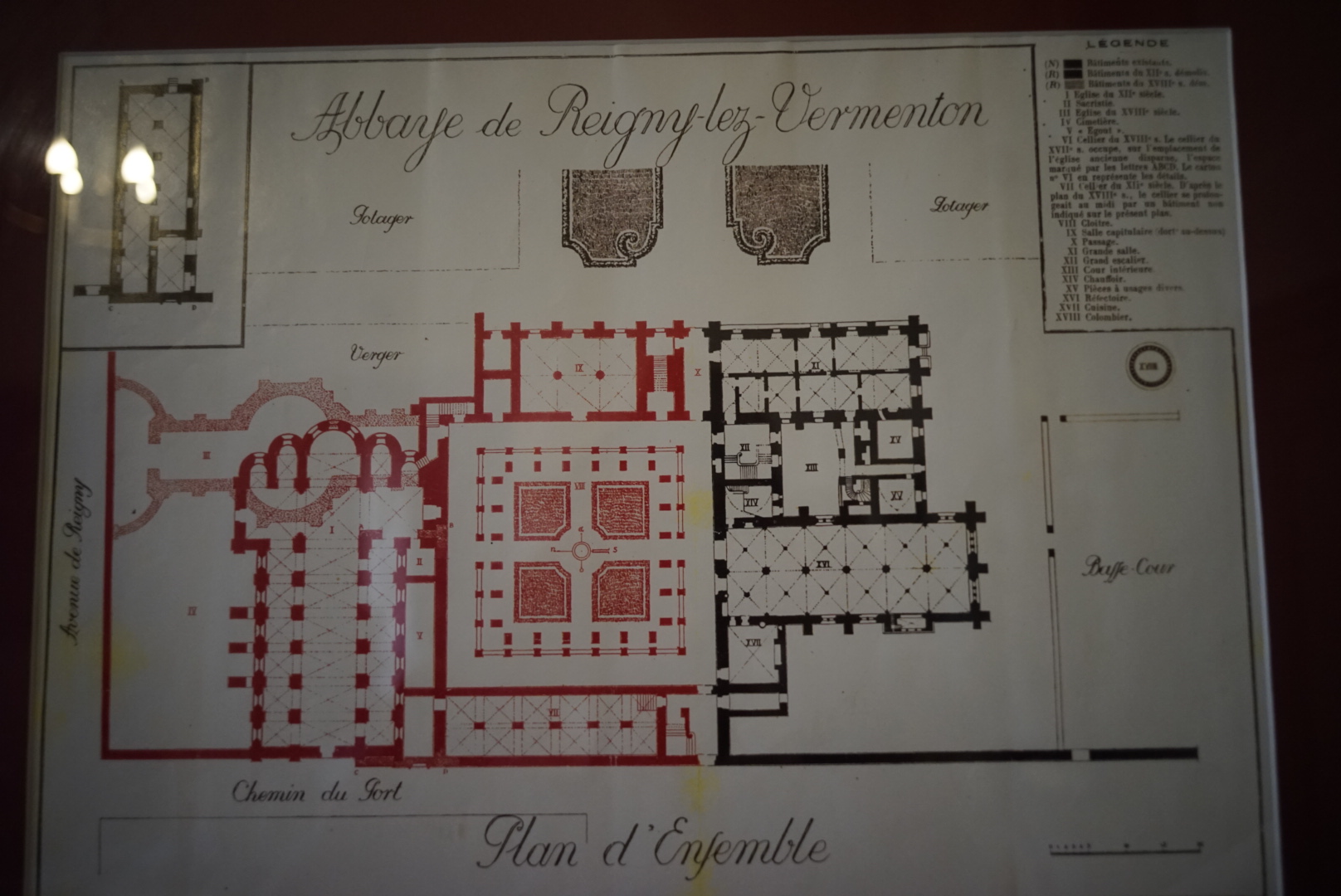 During our tour, a large thunderstorm passsed over the Abbey and there was a downpour, thunder, and lightening. Happily we were inside for most of it. The rectory was probably the most impressive building on the property; it was the dining hall for the monks with a vaulted ceiling and beautiful windows where they now hold conferences and wedding receptions. 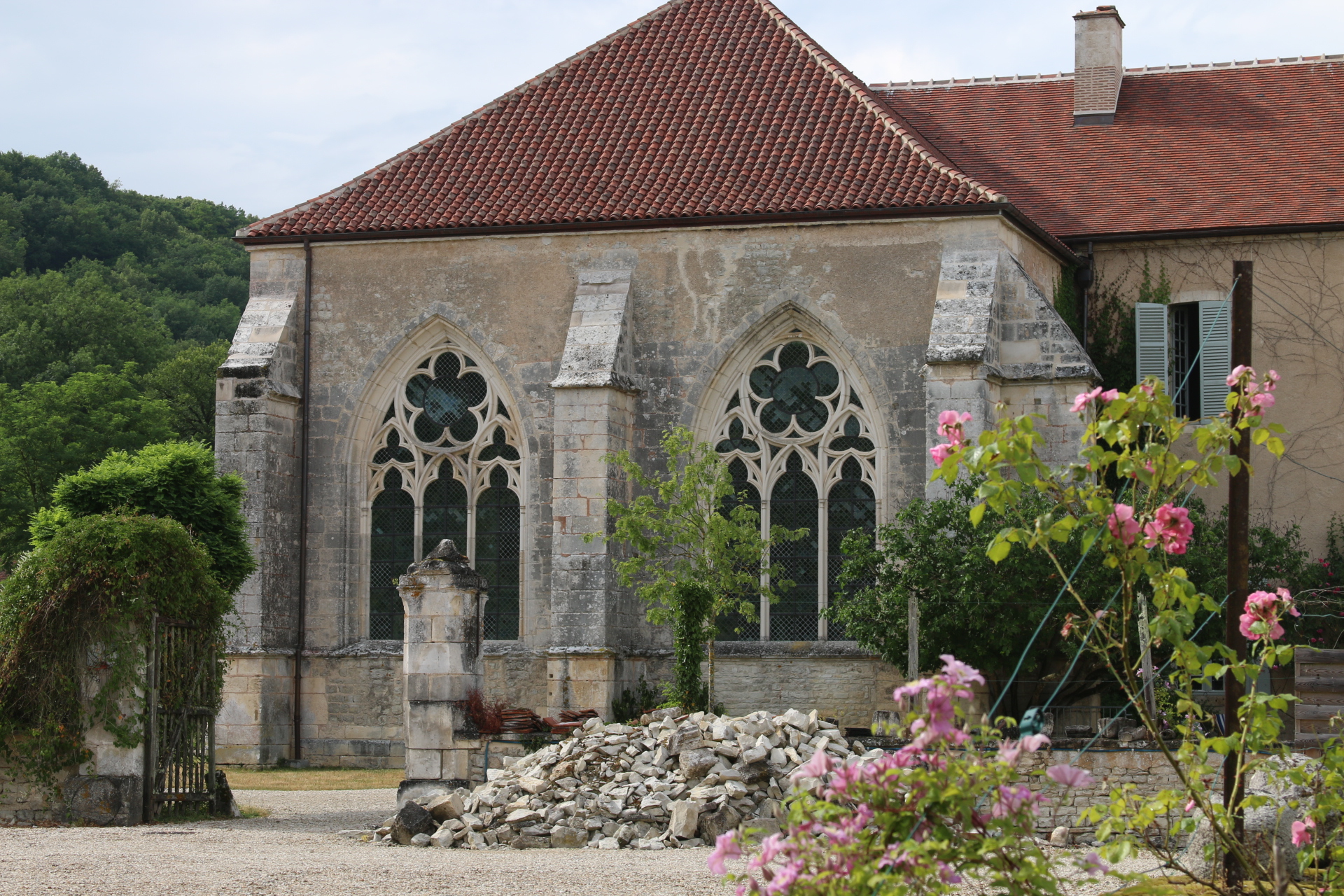 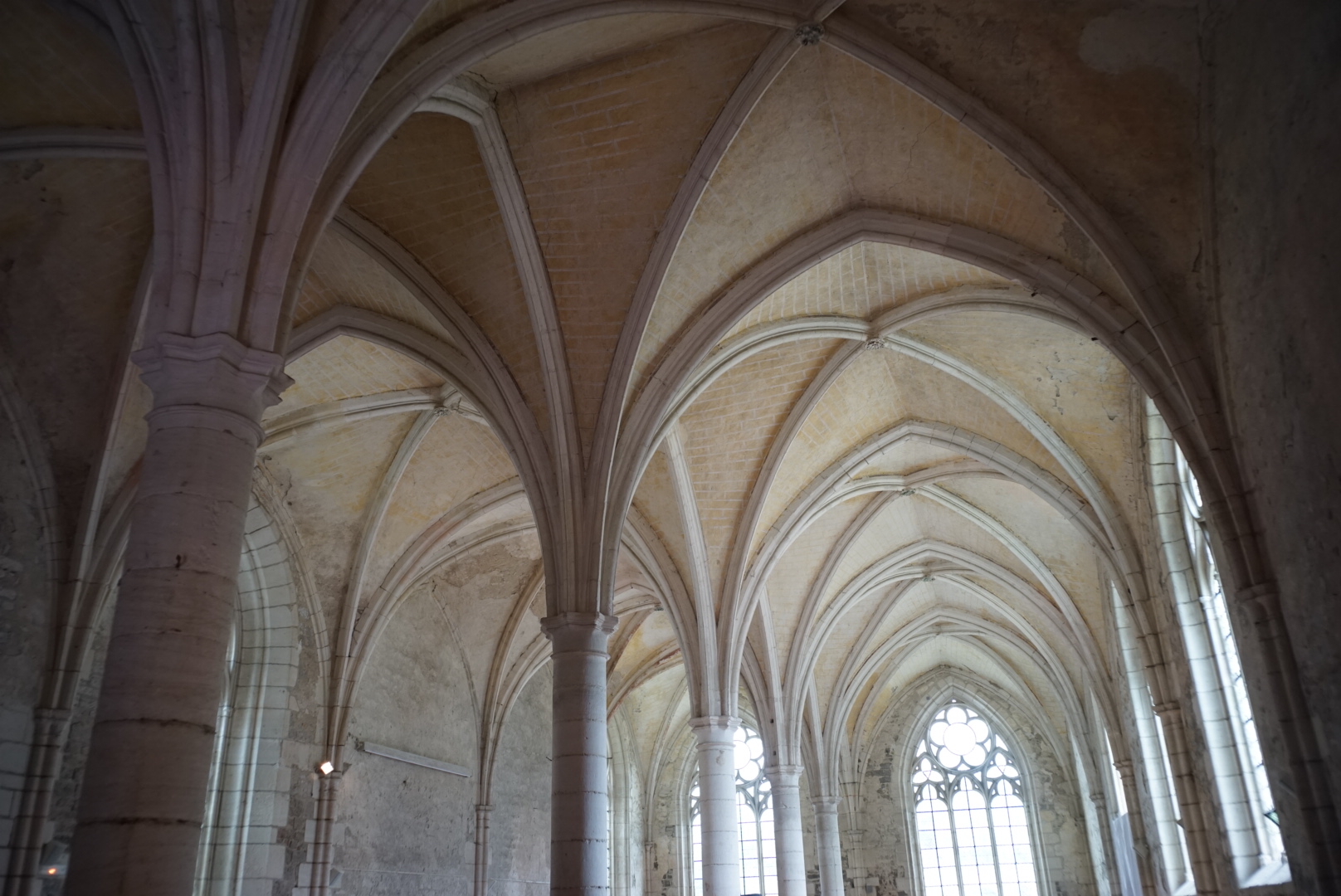 After the tour, on our way back to our apartment, we witnessed an unholy event! Not once but twice, we saw Henrietta the chicken eat a garden snake! Ew!

In the late afternoon, we sat on the deck and then retreated when the next thunderstorm came. At a specific hour, Athena was suppose to do her course signup online and Kristine worried that we might lose power because of the storm. However, she managed to get it done, the clouds eventually passed, and we had a lovely family dinner prepared by Athena. At the same time, our host had a party of her own and at one point there were 5 or 6 excited French children in the pool next to our apartment.

We went to bed full of food and burgundy.