And that was Reims

On our one full day in Reims we started by not starting too early. It is important to get your rest even while on holidays. In fact that is the point of holidays.

When Triumph and Athena arrived at our apartment the destination for breakfast was a favourite creperie in the pedestrian shopping area. We got there after 10:30 but it did not open till noon so we went to a boulangerie nearby. They had some neat treats in the window. We had some interesting bready things and coffee. 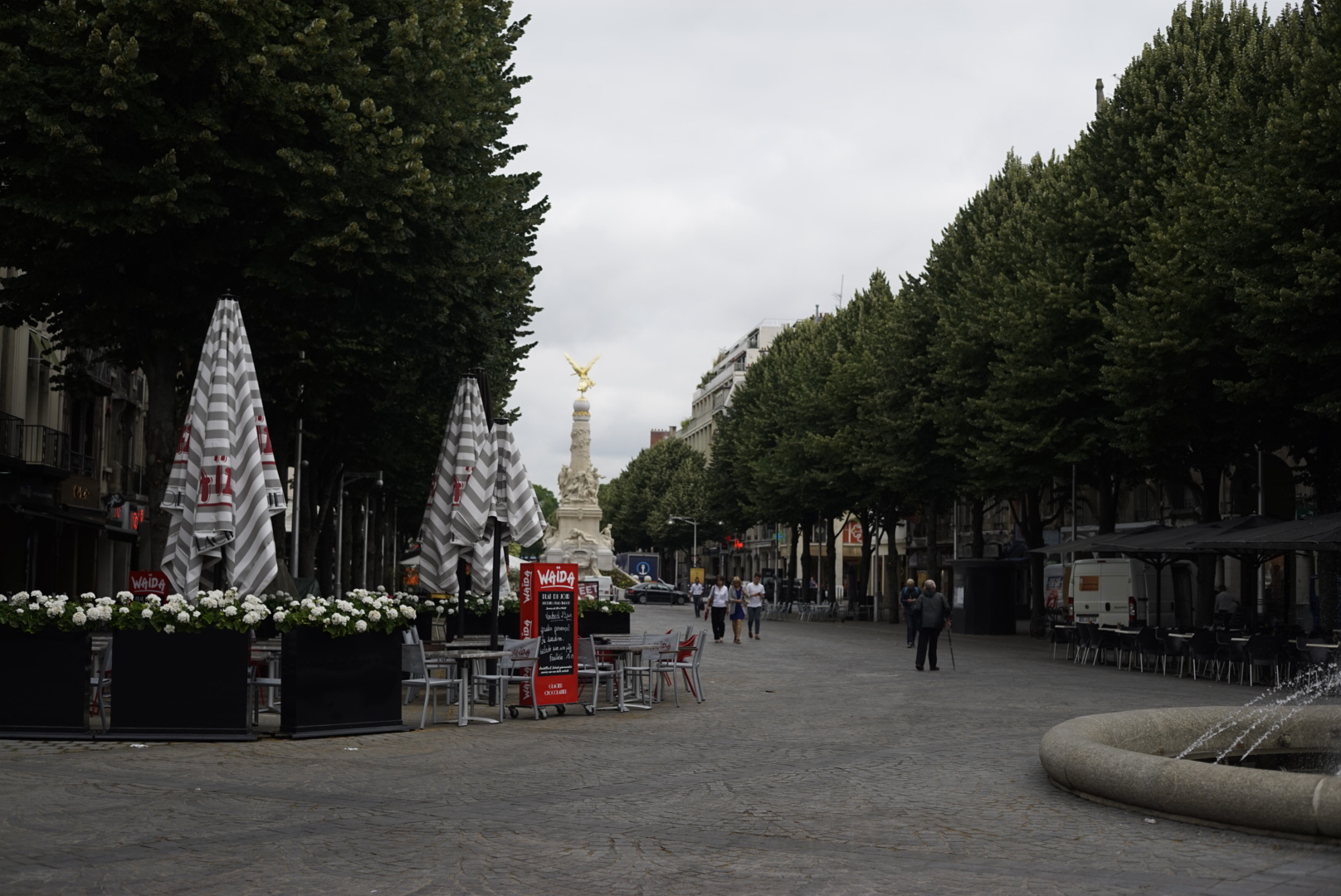 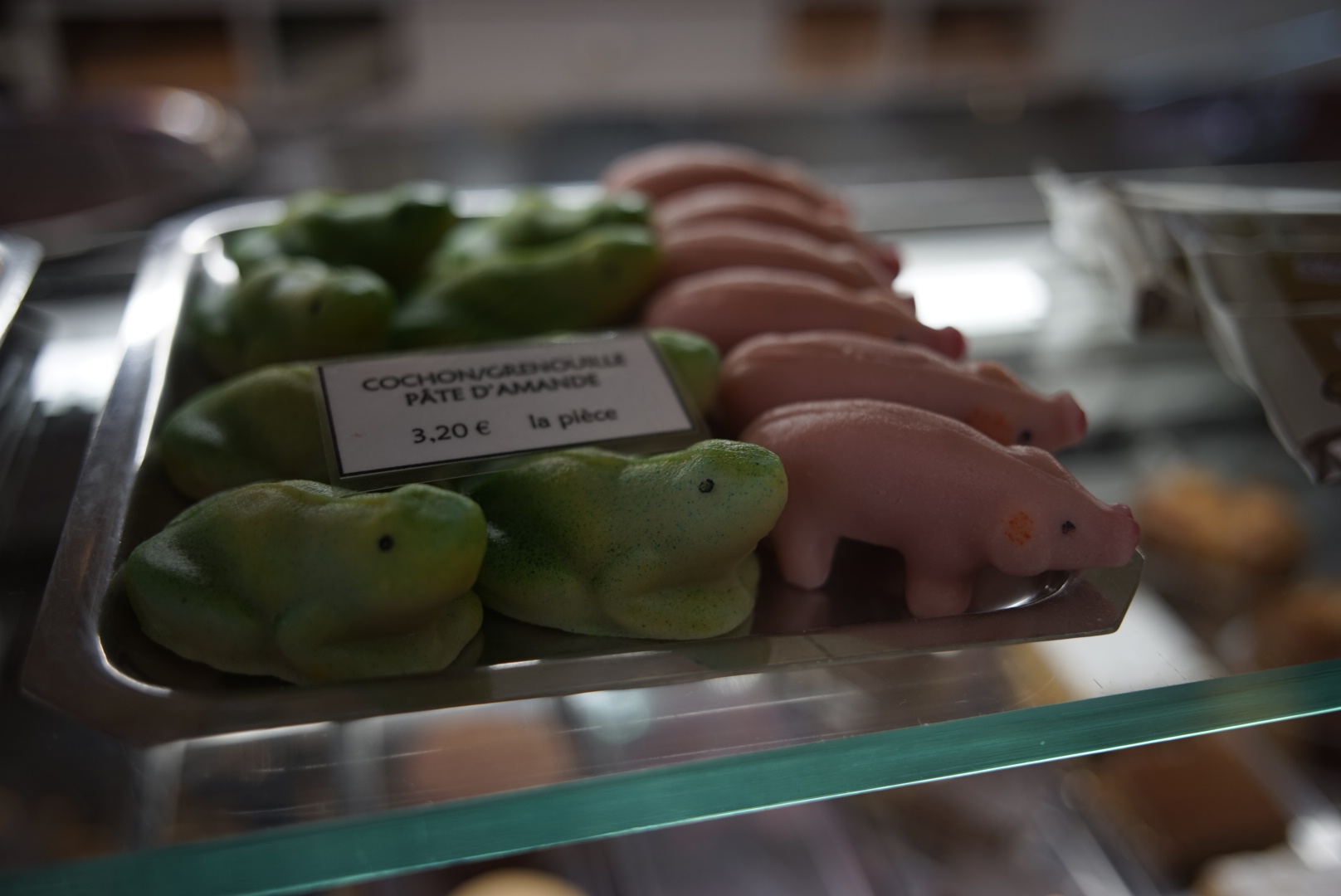 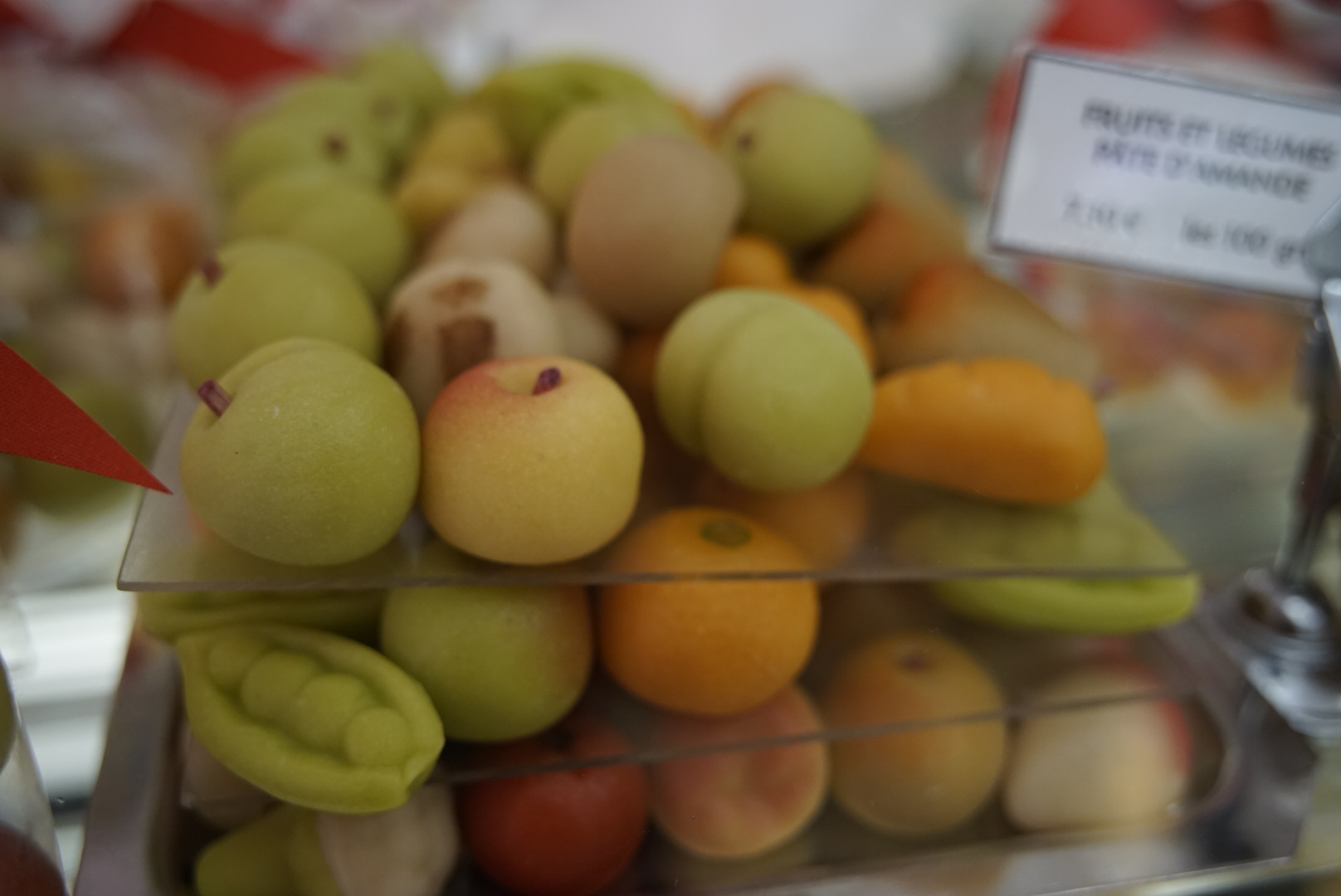 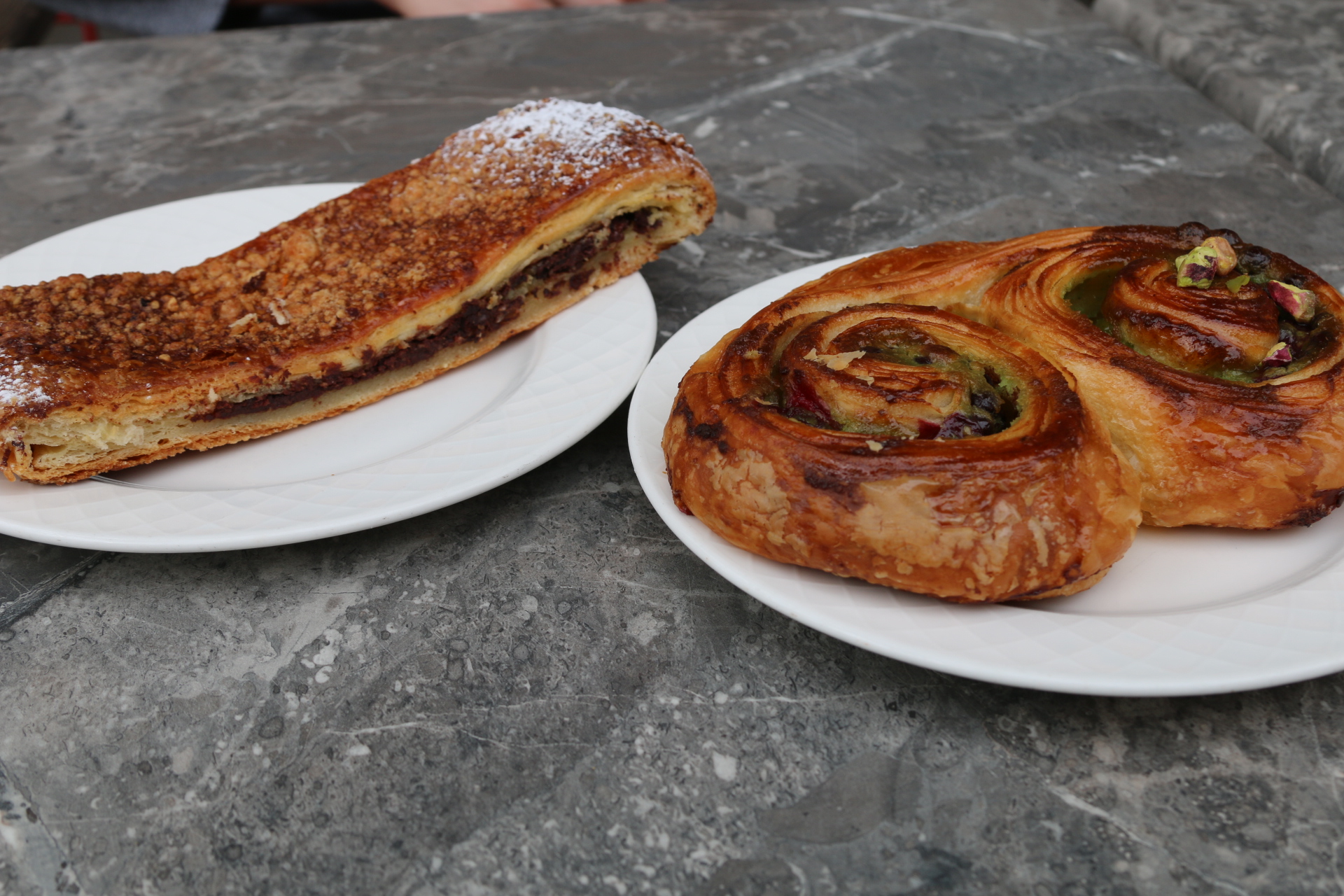 After breakfast we headed to Notre Dame. Along the way we saw horses and dogs. 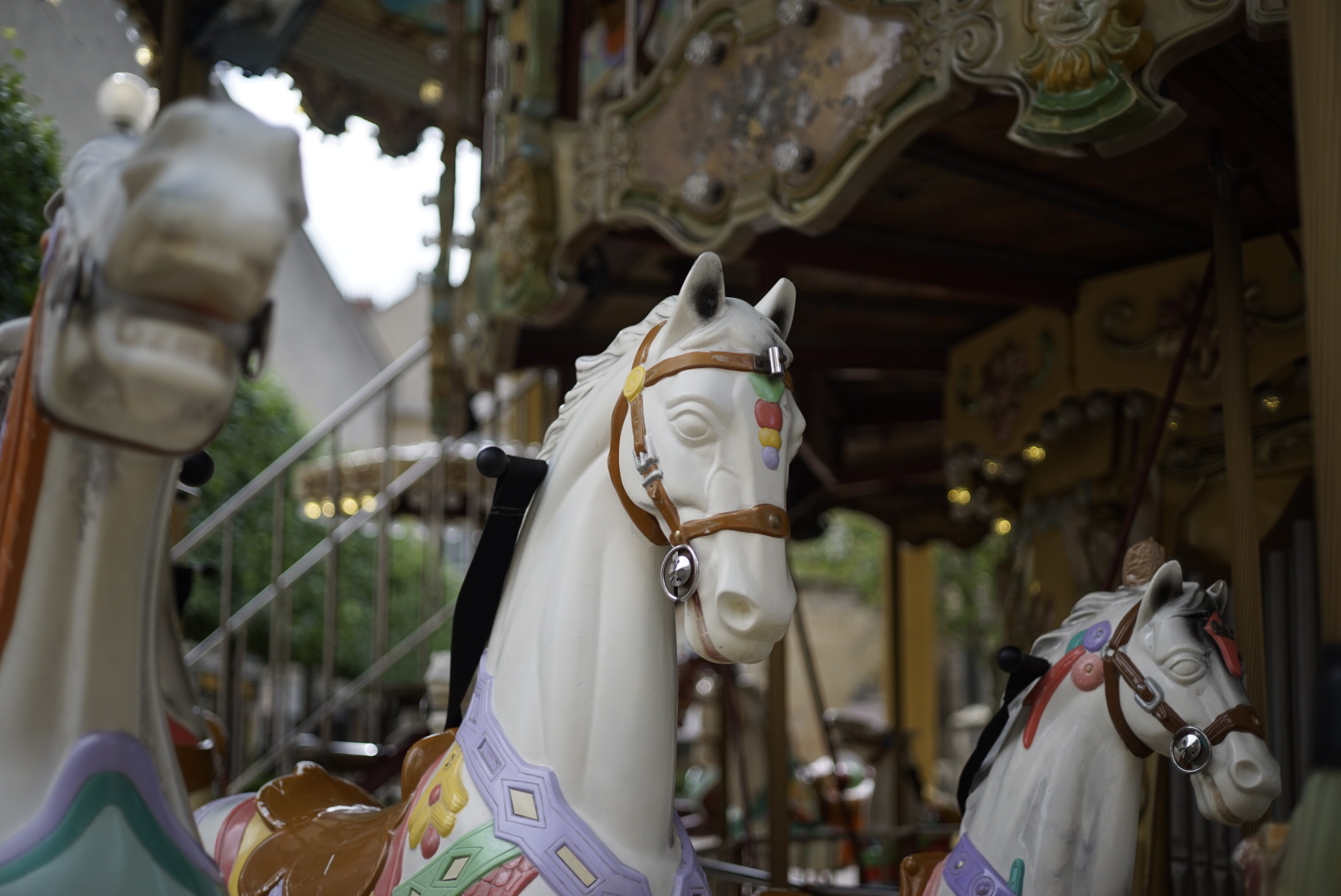 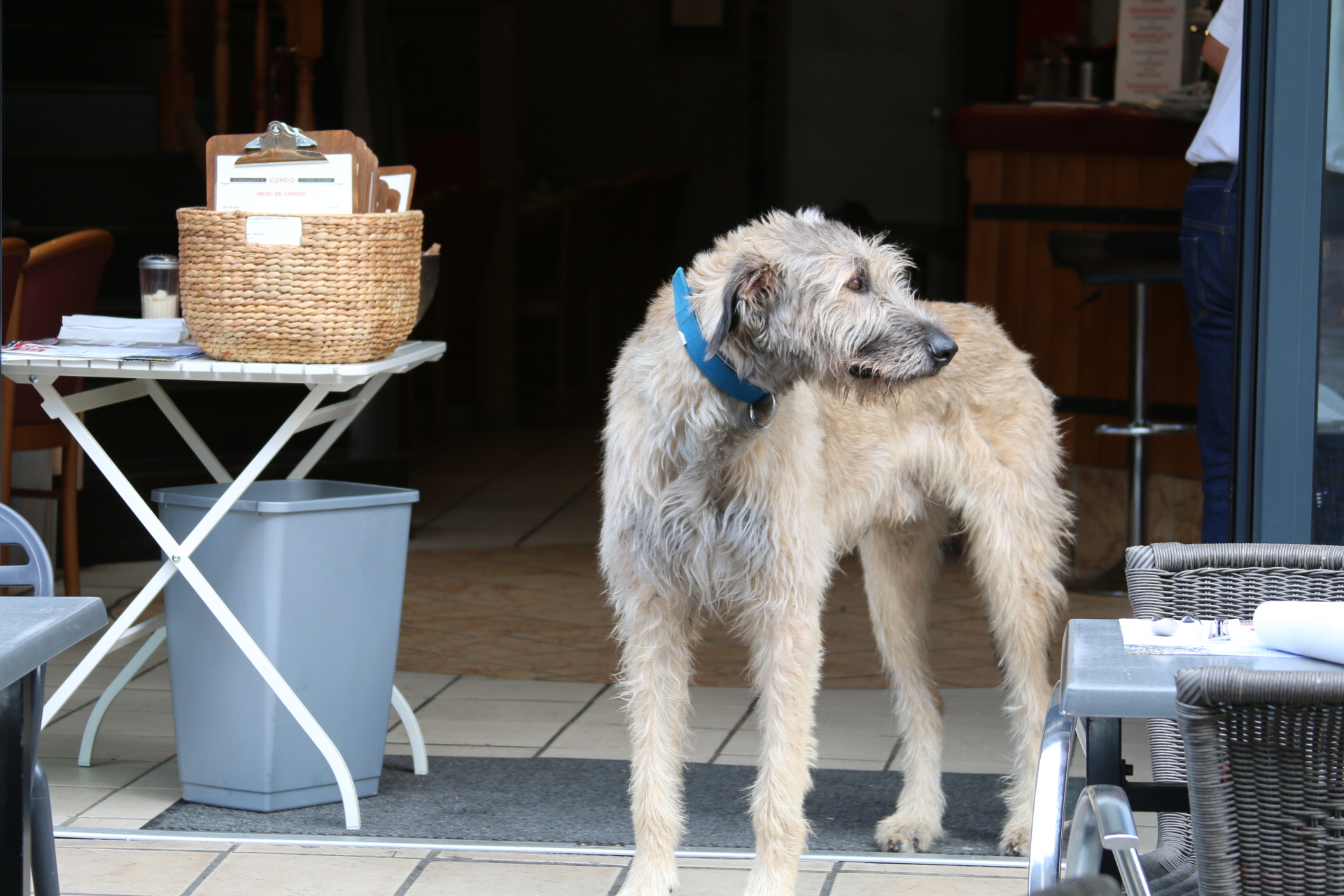 At Notre Dame we were greeted by Joan of Arc. 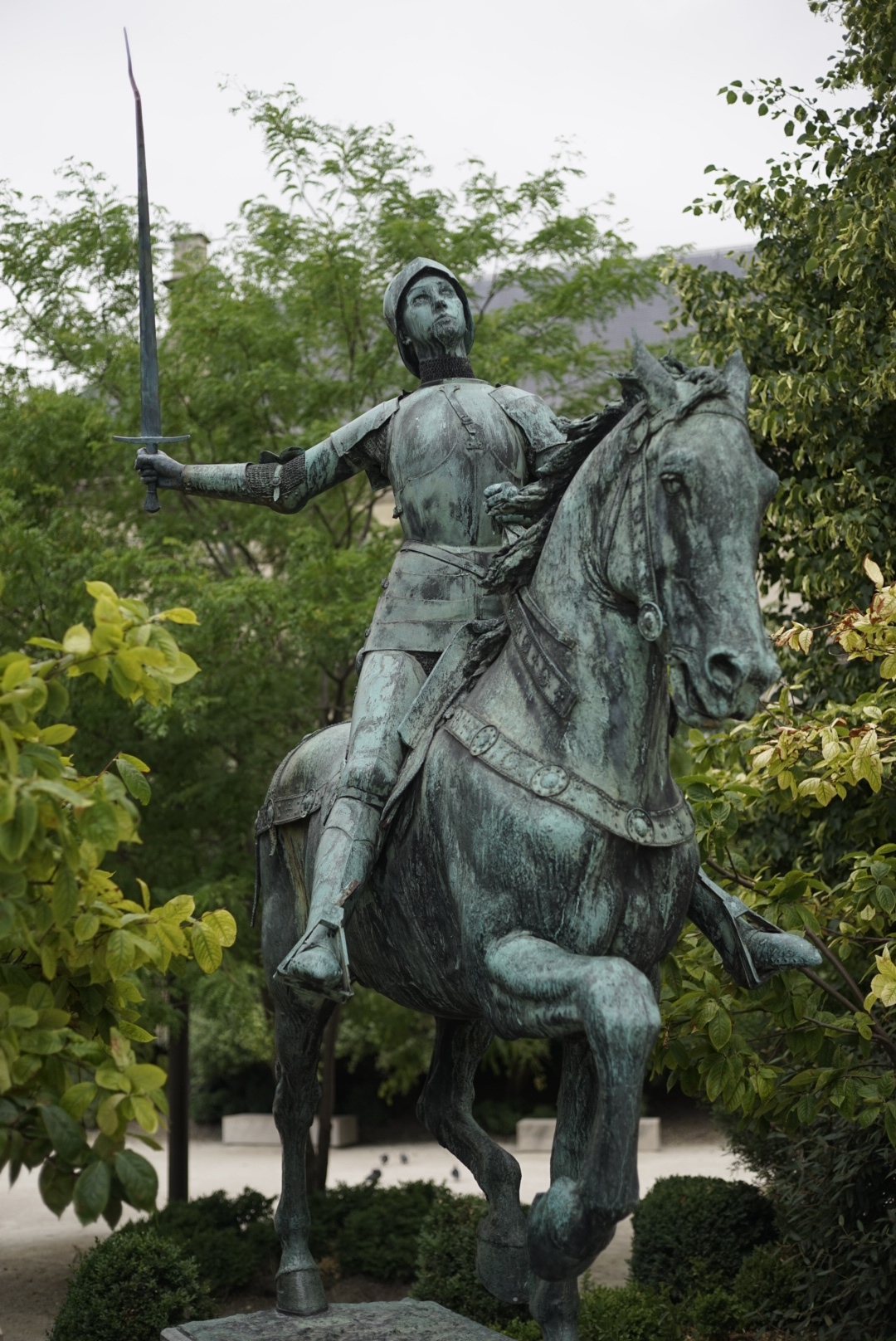 Thus far we have seen lots of the outside of Notre Dame but none of the inside. So in we went. It is massive and impressive. 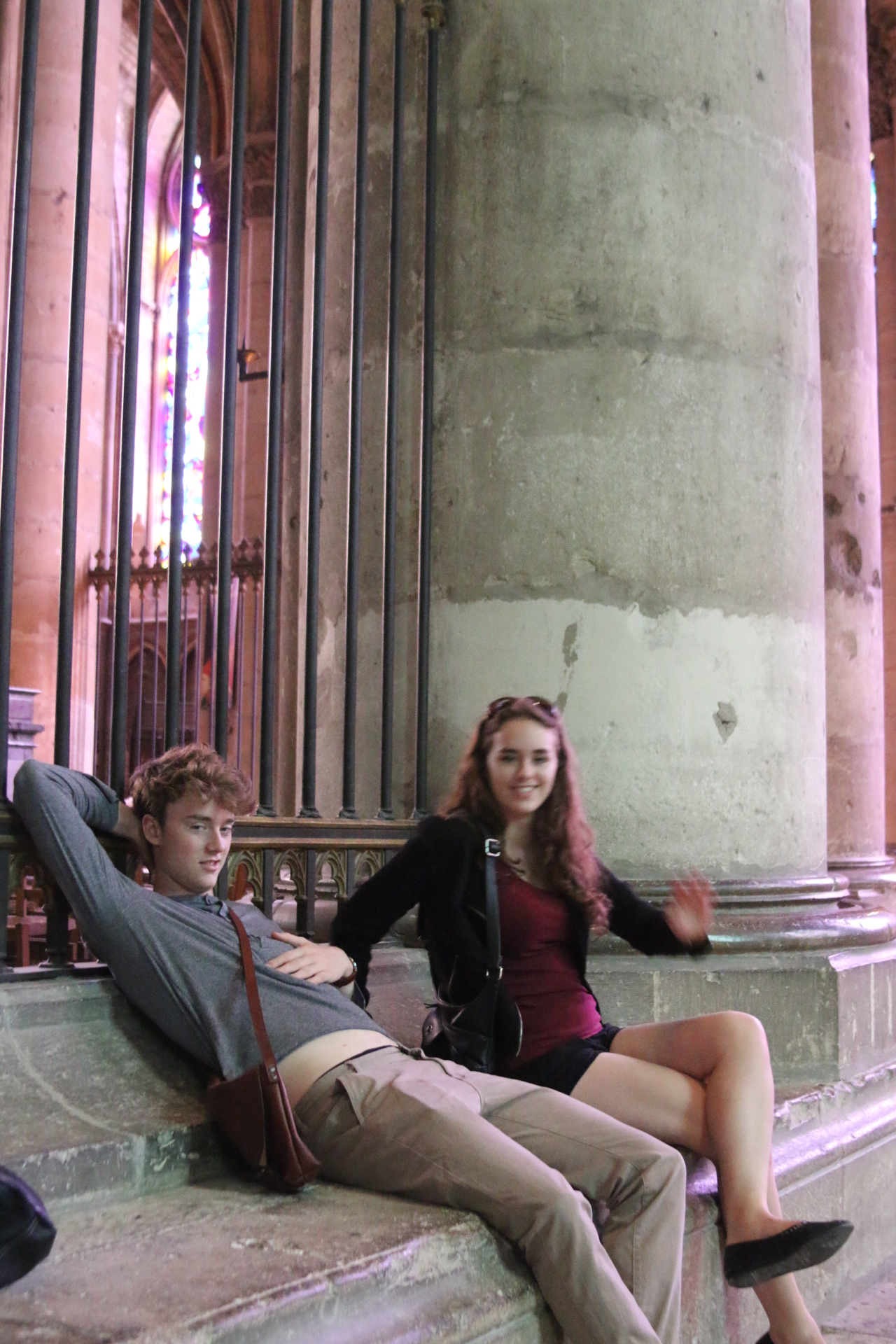 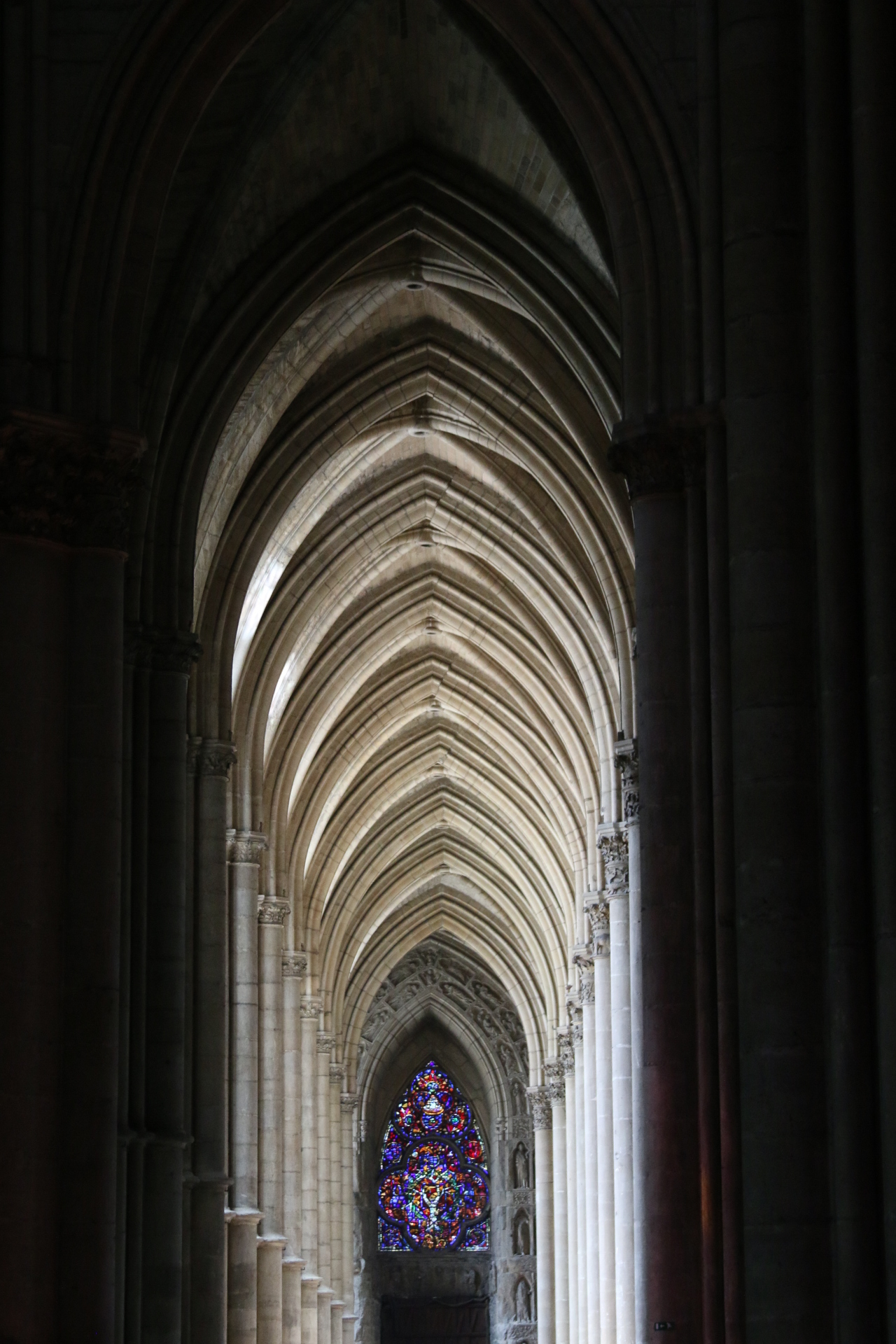 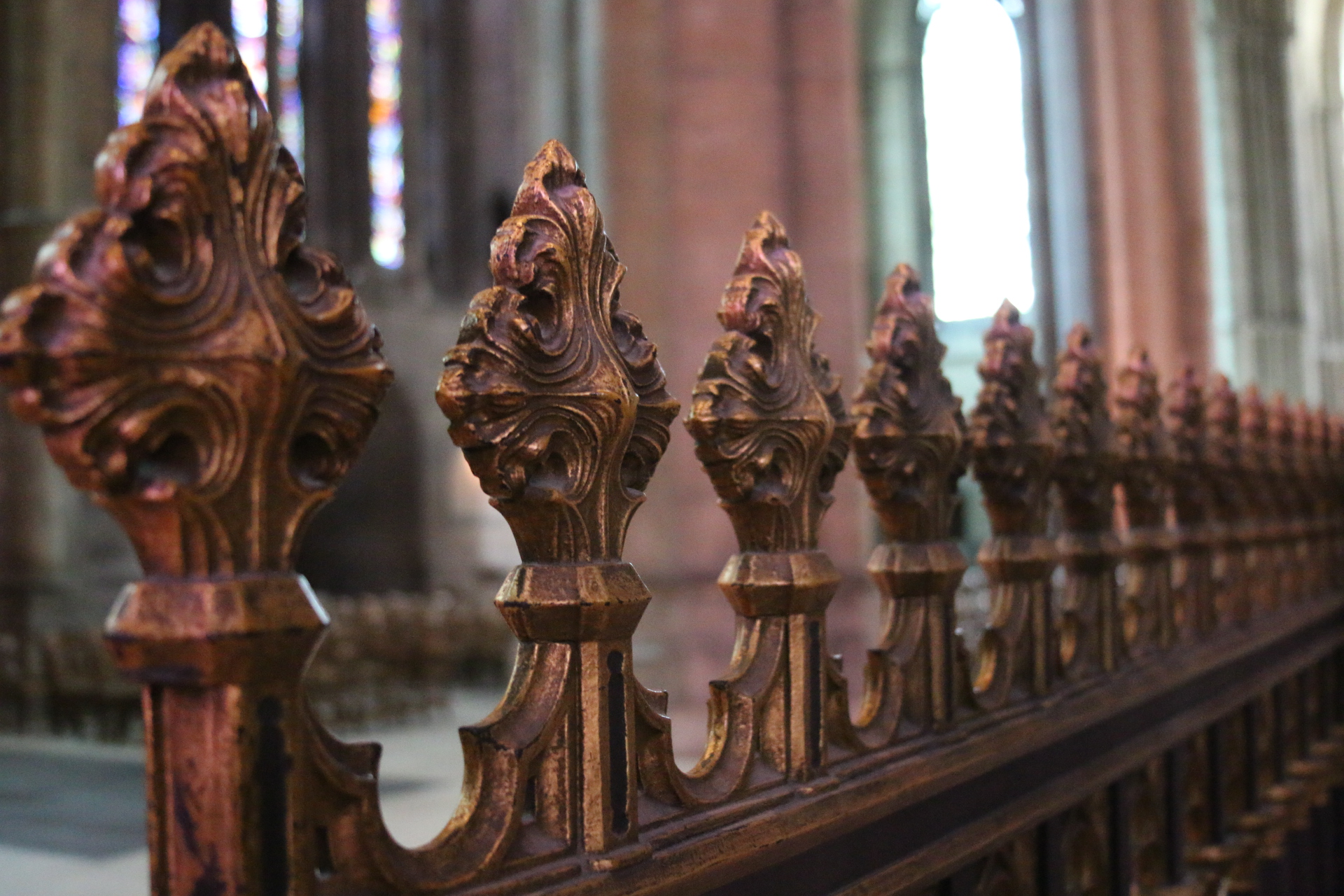 We were treated to an impromptu choral performance by some girls in pink hoodies. Choral gangsters! 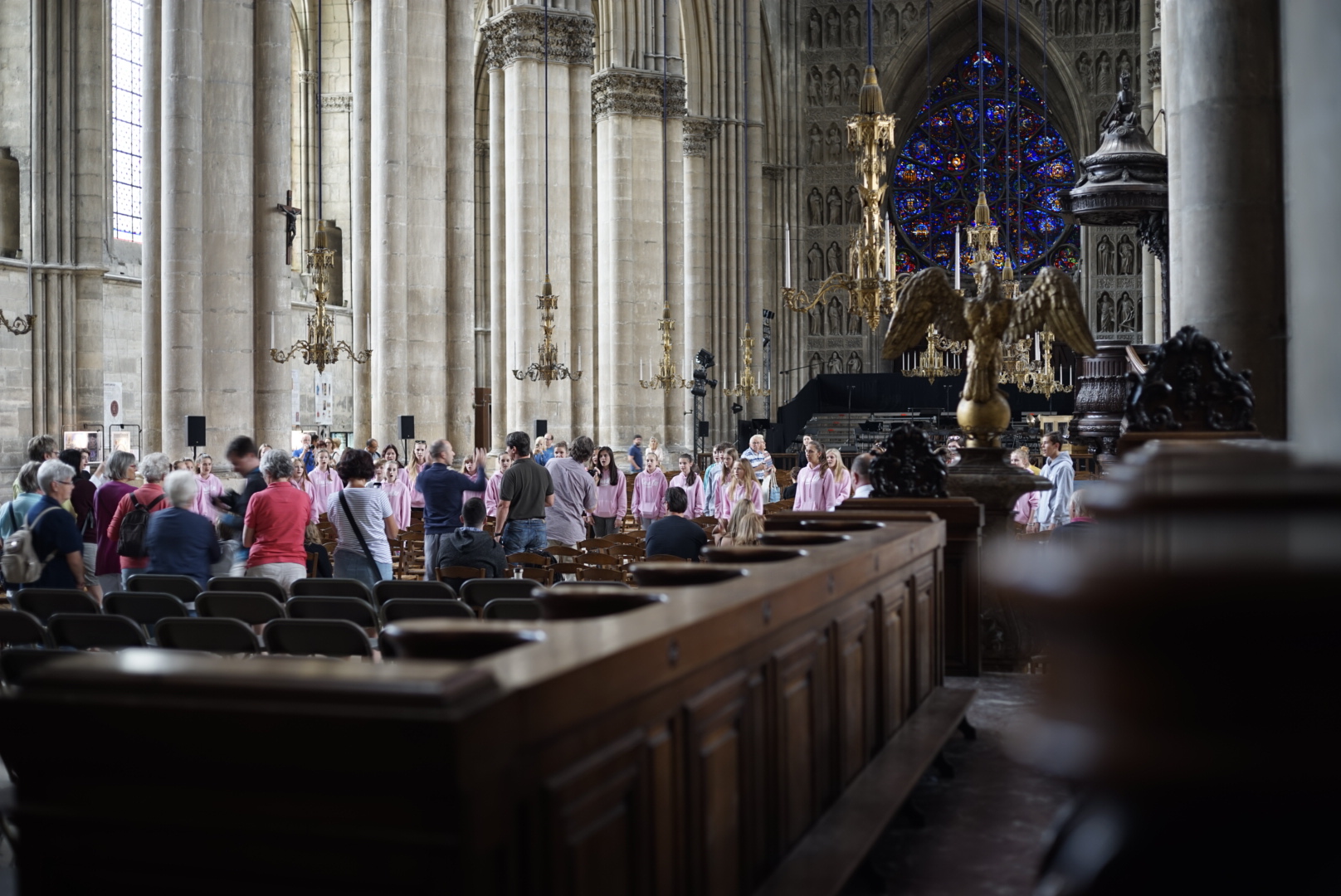 Many of the original stained glass windows were destroy by war and were subsequently replaced. This one is by Marc Chagall. 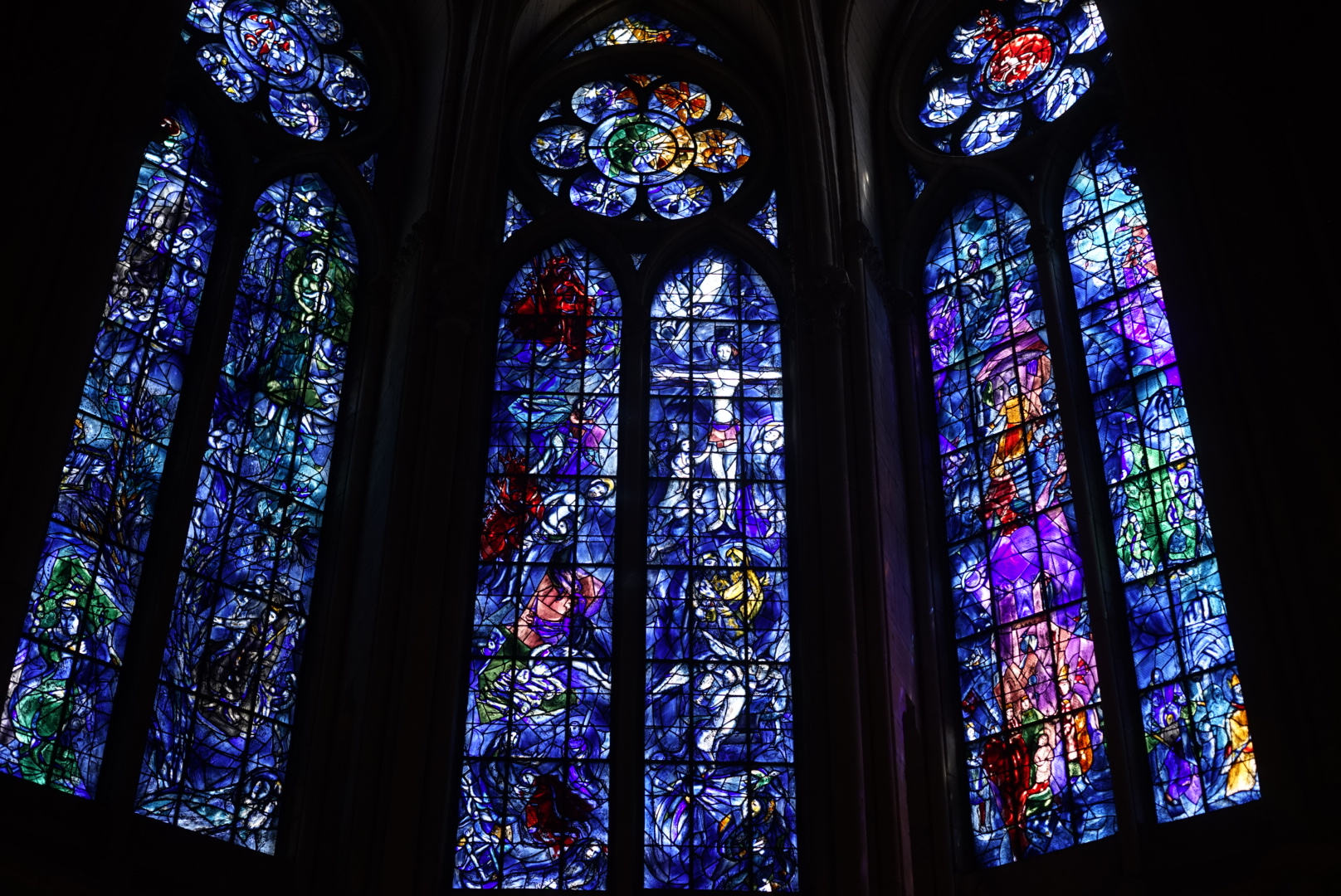 Our next big attraction for the day was a tour of Sciences Po. This has been Athena’s school for the last two years and today will be the last time she darkens the door. It is a lovely campus, far nicer than the one in Paris. 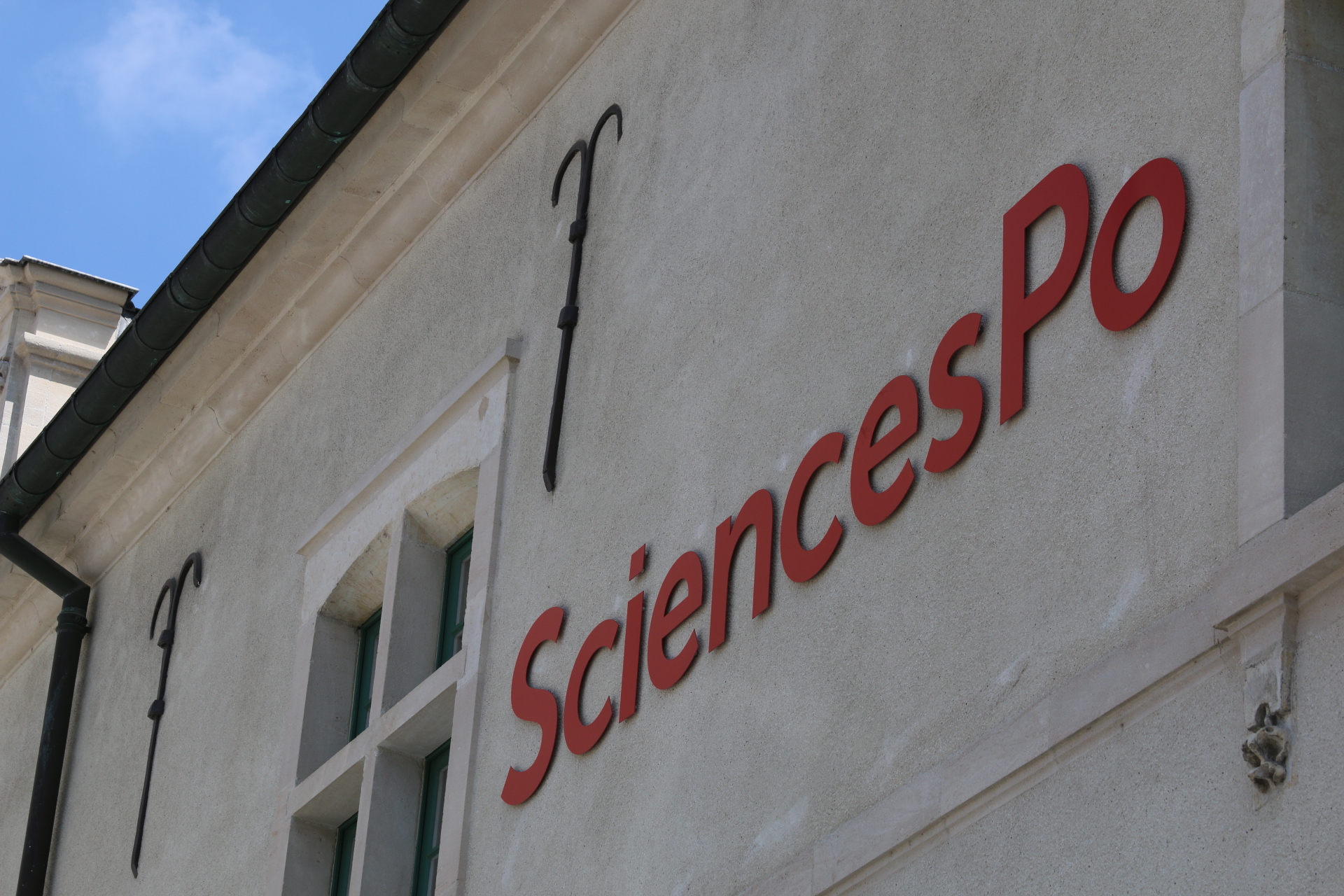 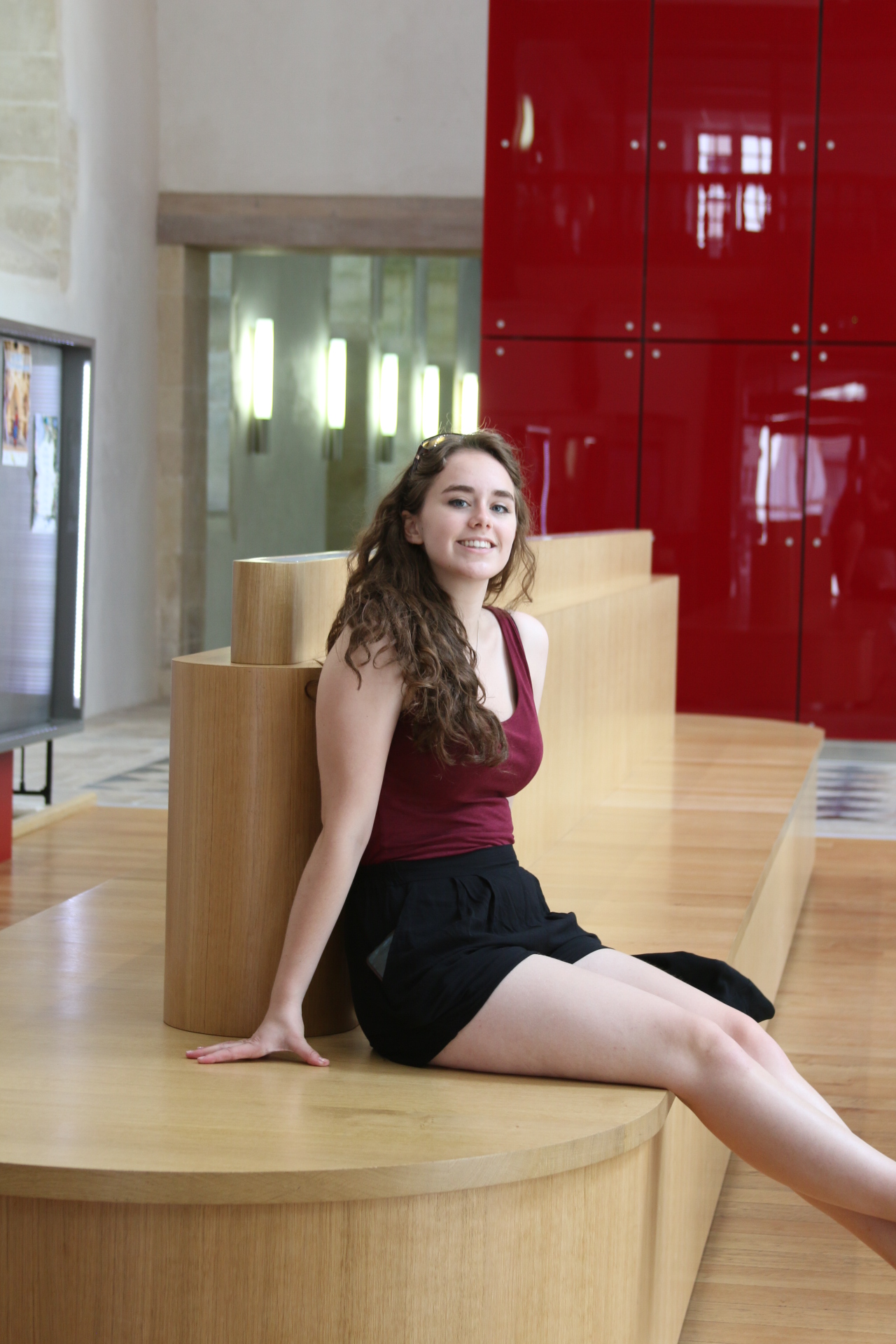 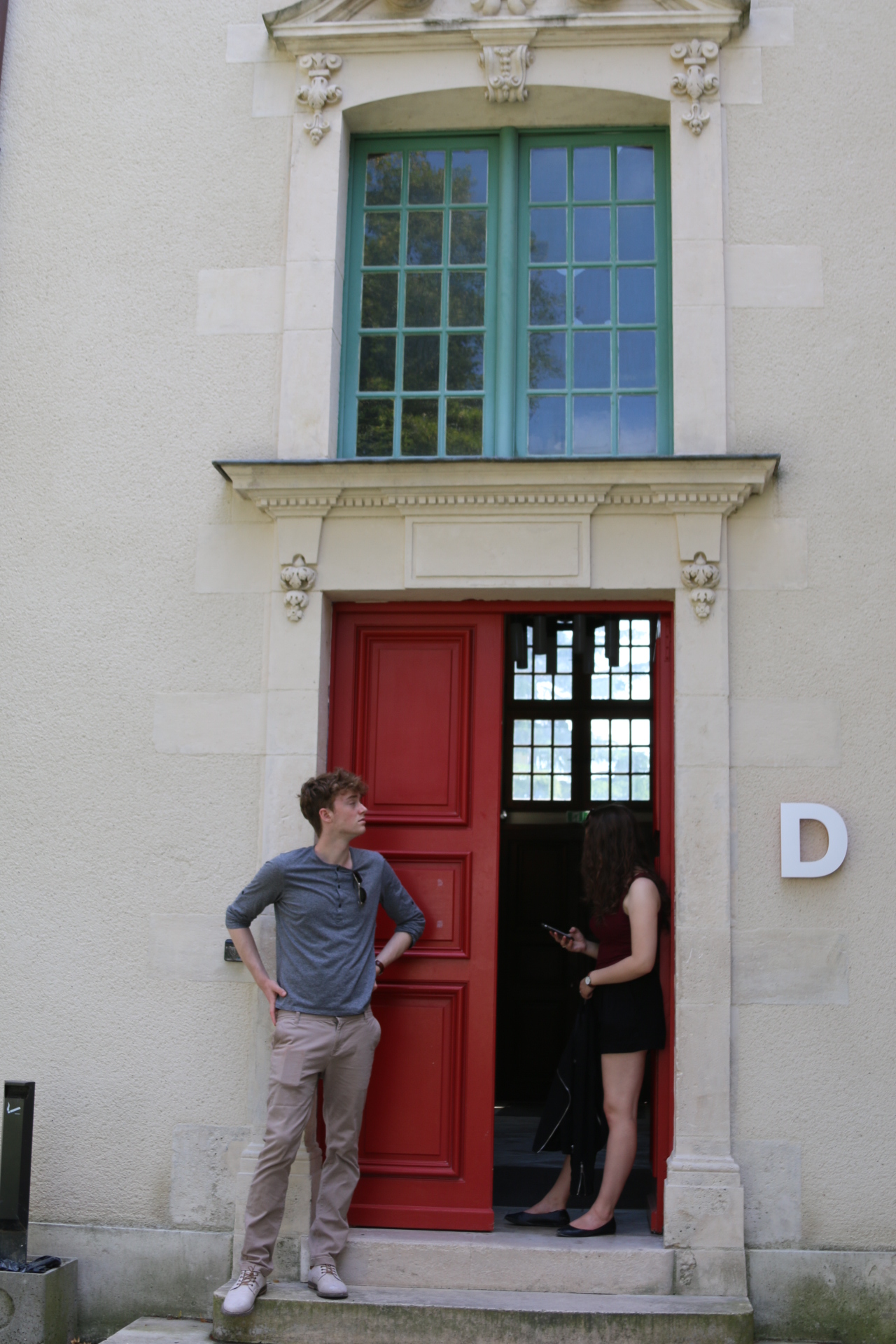 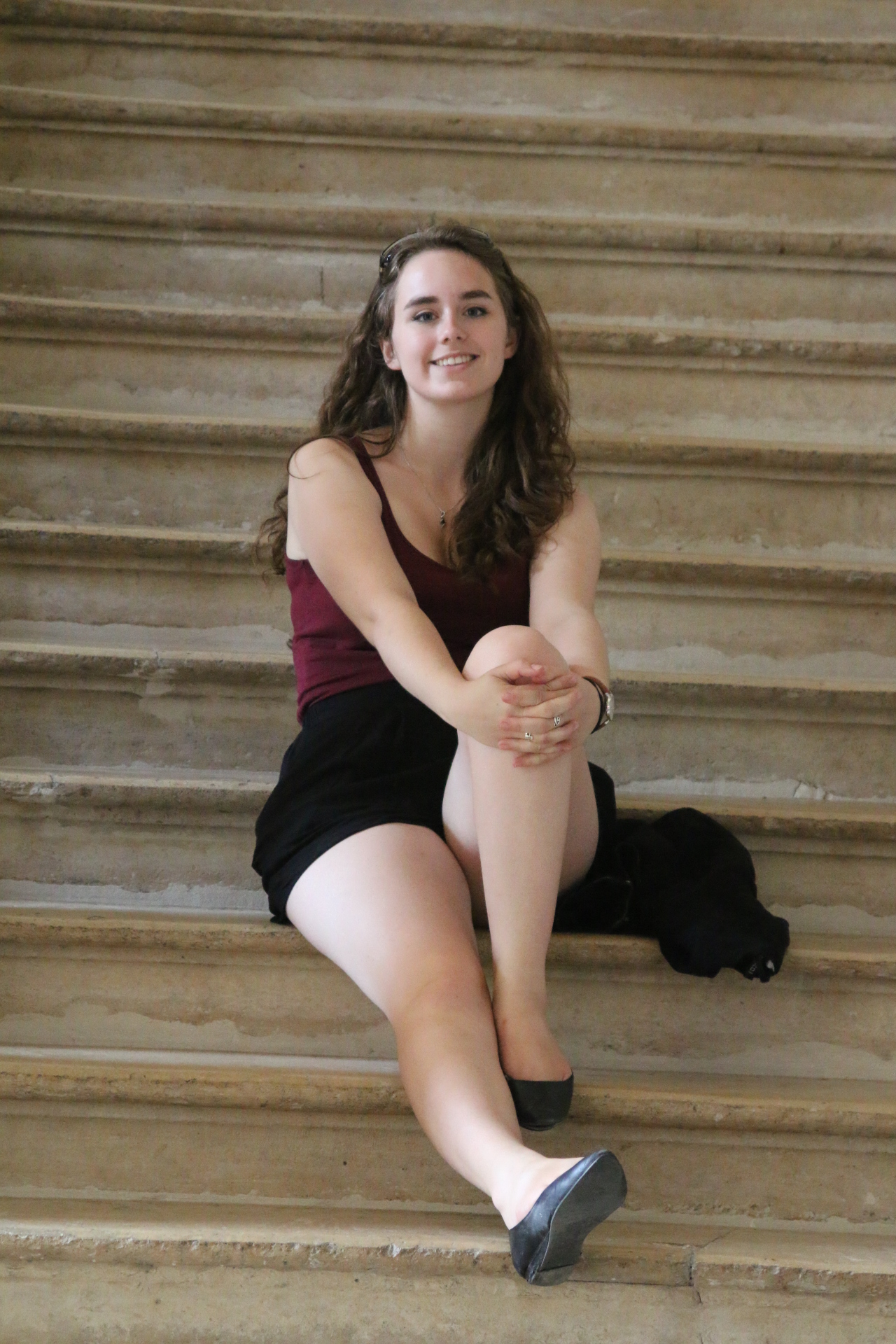 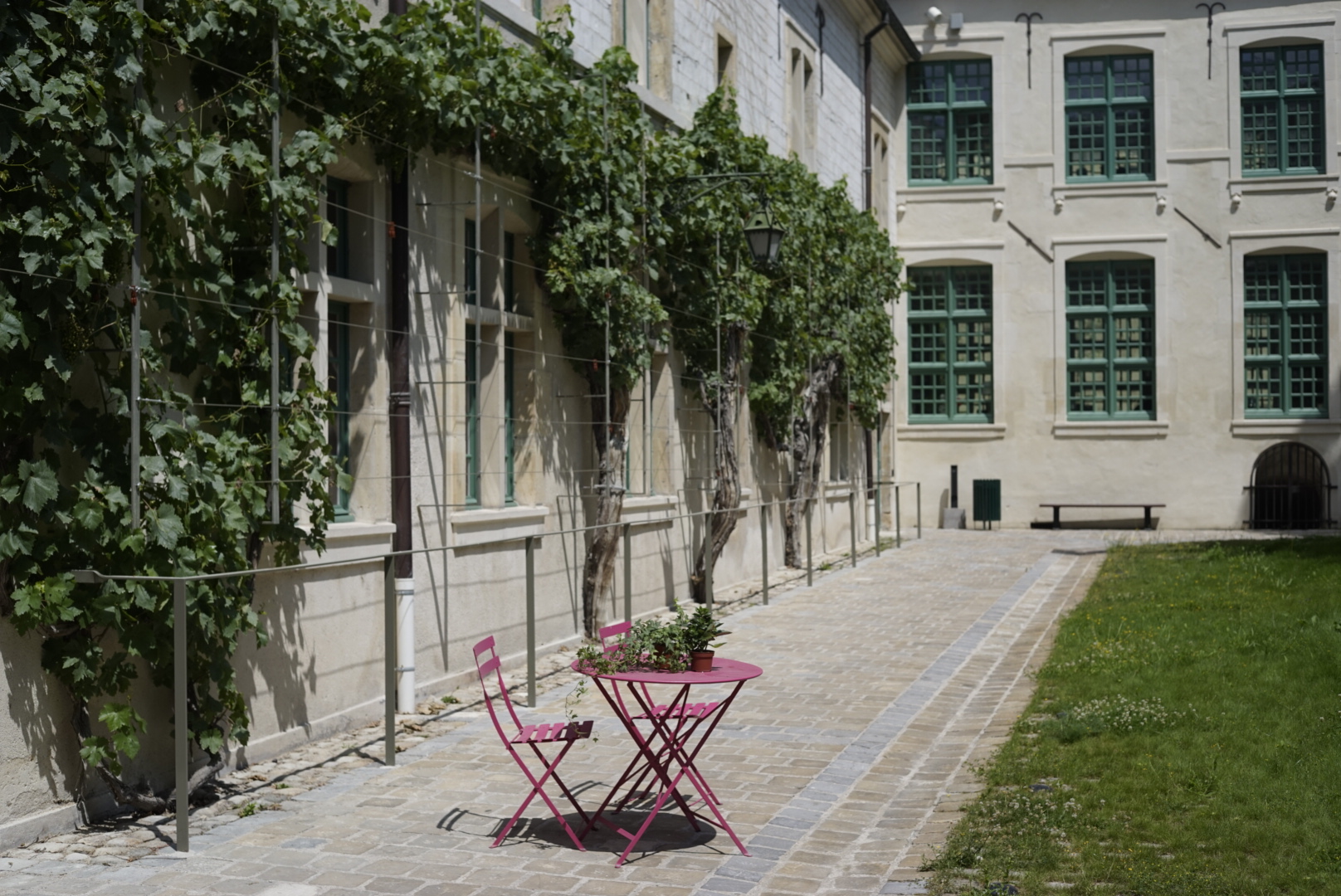 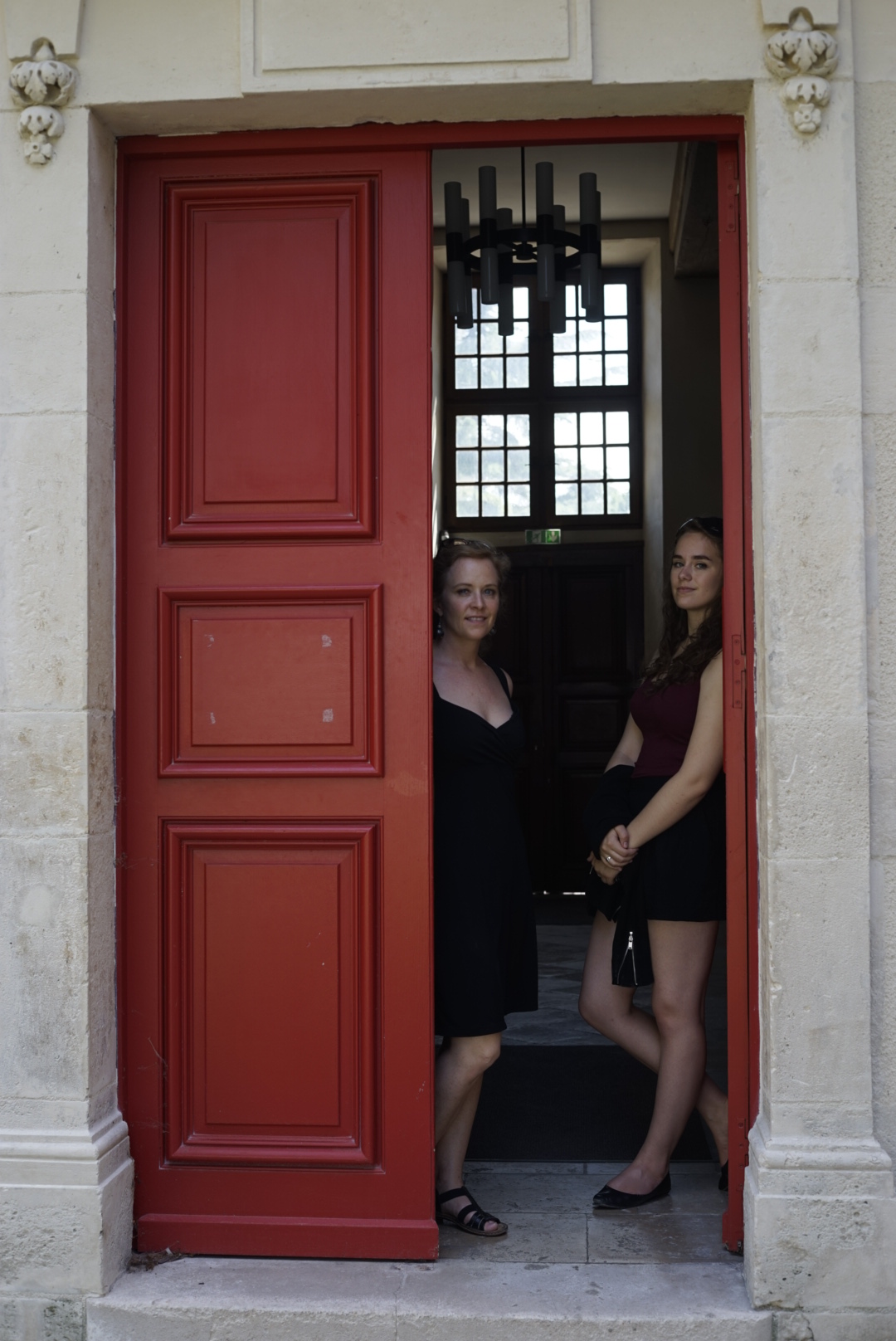 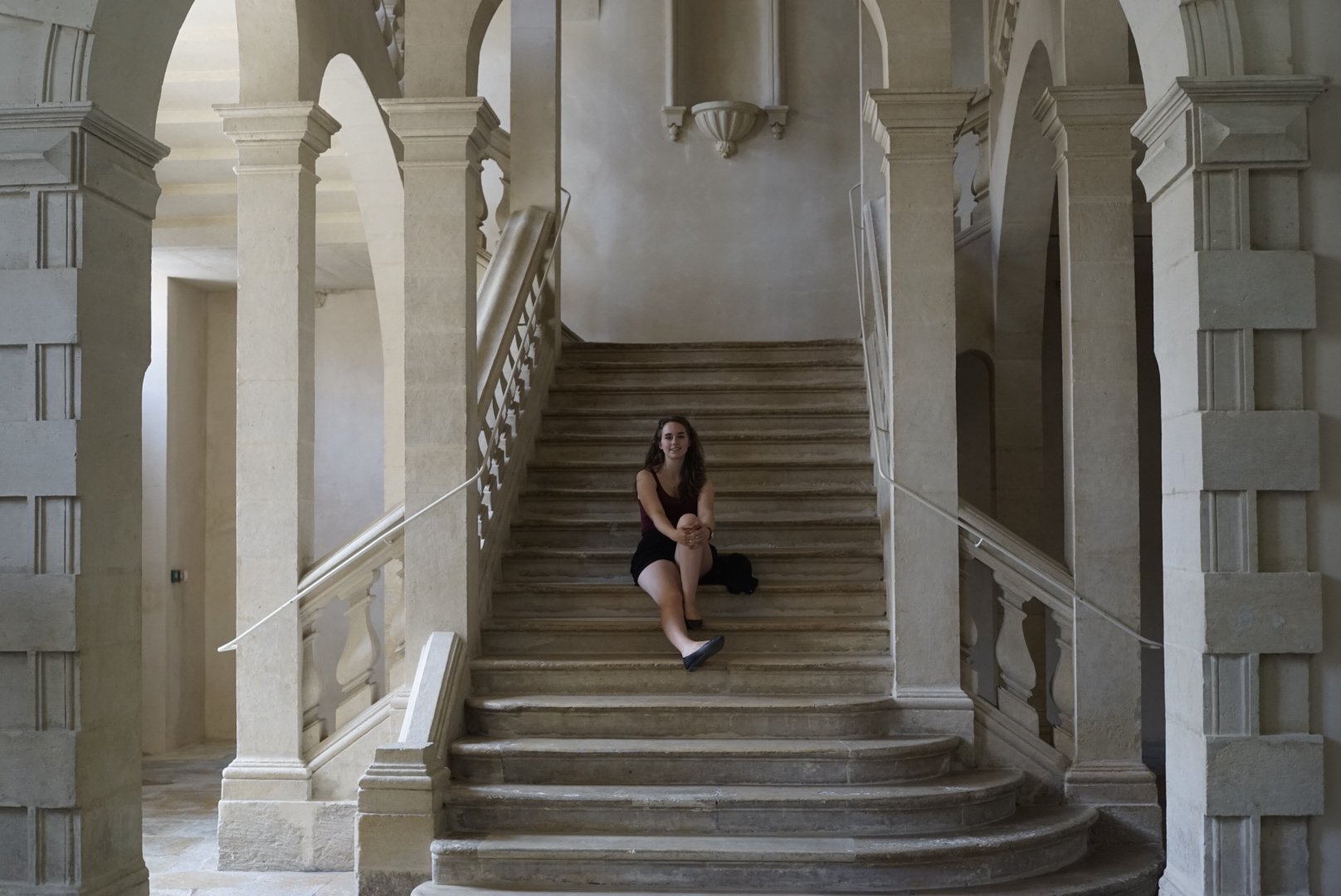 Afterwards, we went back to Athena’s apartment for a short rest and then to have picnic on the grounds of the basilica. 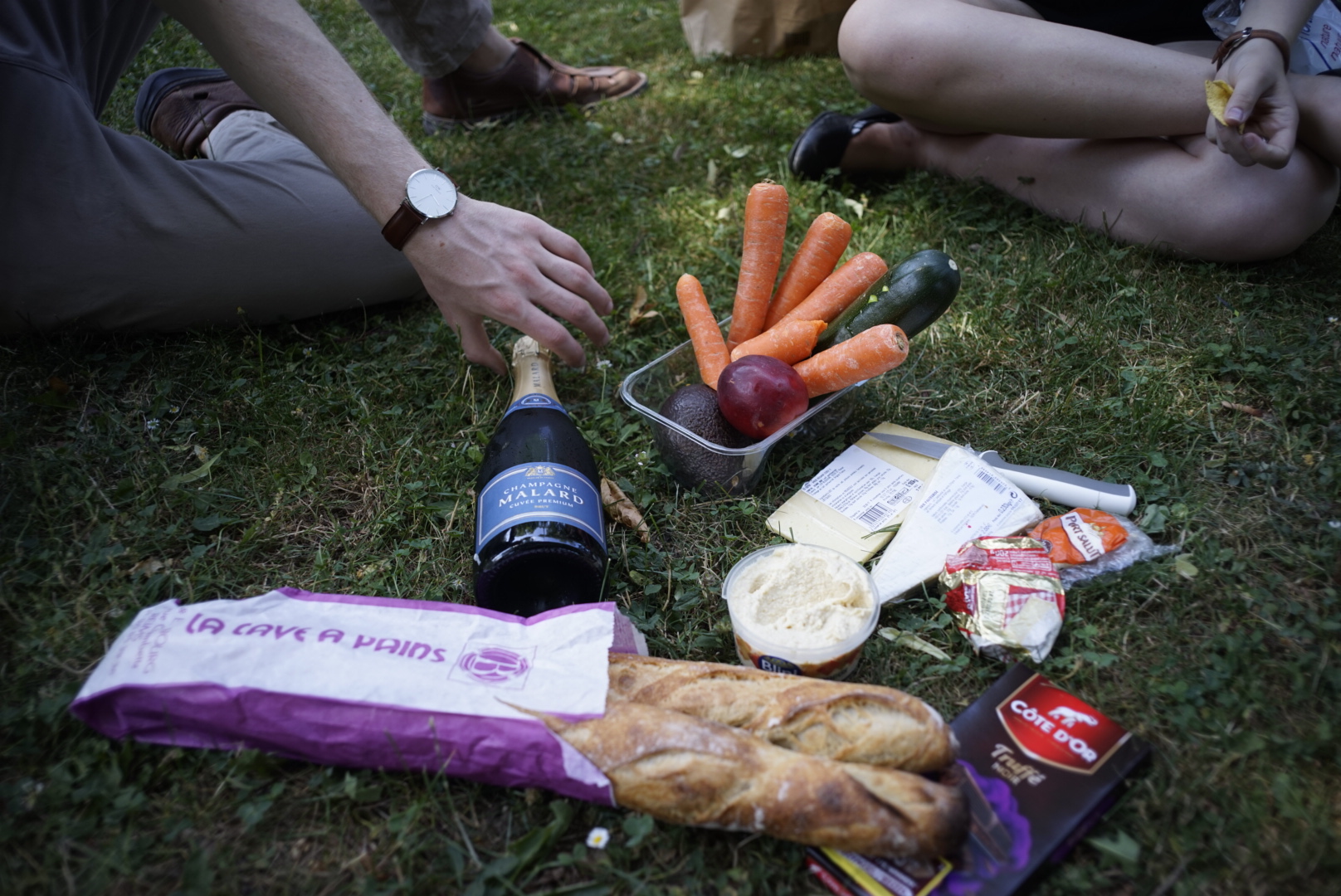 The Reims basilica is older than the cathedral by some 500 years and has interesting history. Kristine says she prefers the basilica to the cathedral as it has a more peaceful feeling. It certainly in not as popular as the cathedral, we nearly had it to ourselves. Triumph had to wait outside since he was too tall to get in the door. 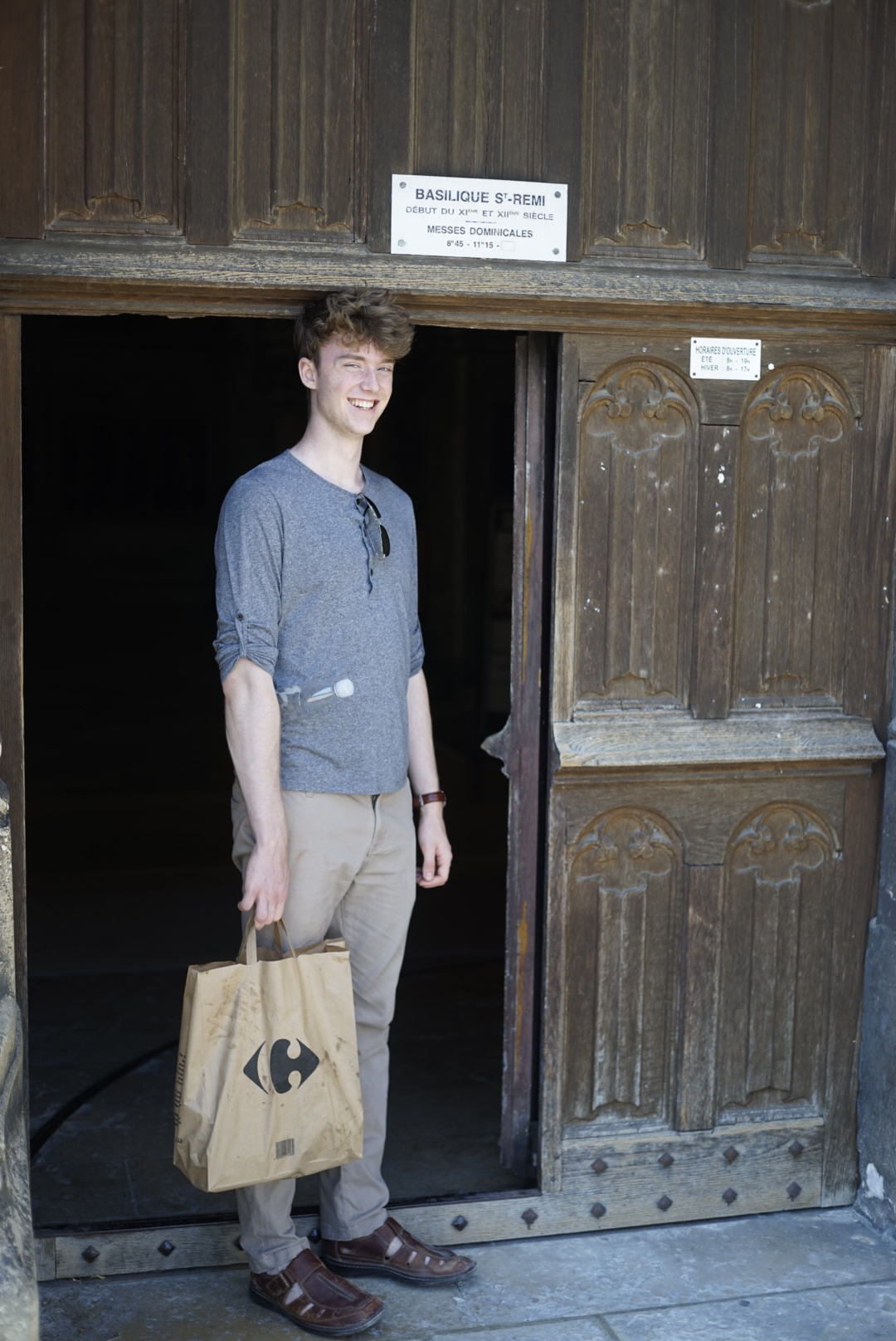 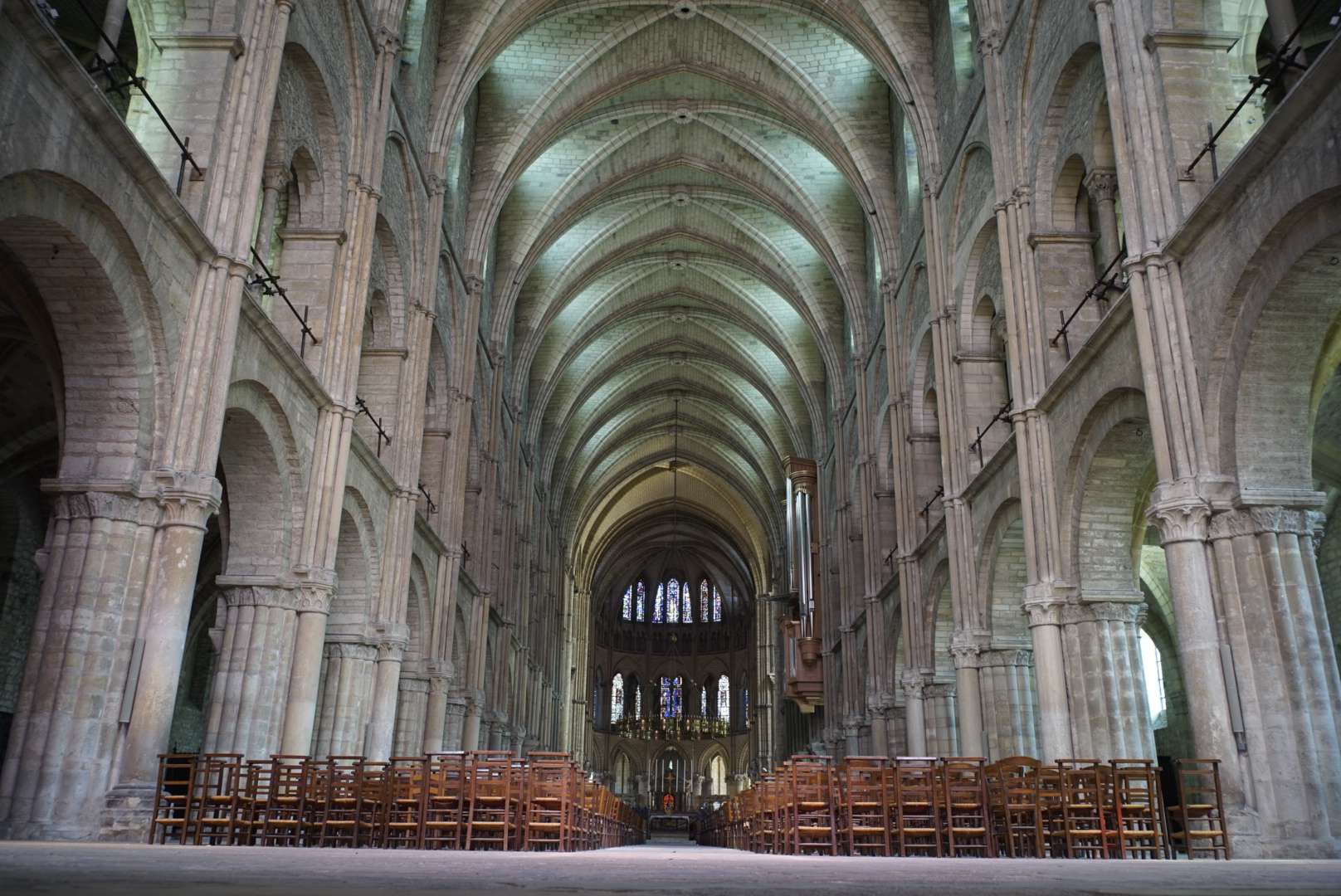 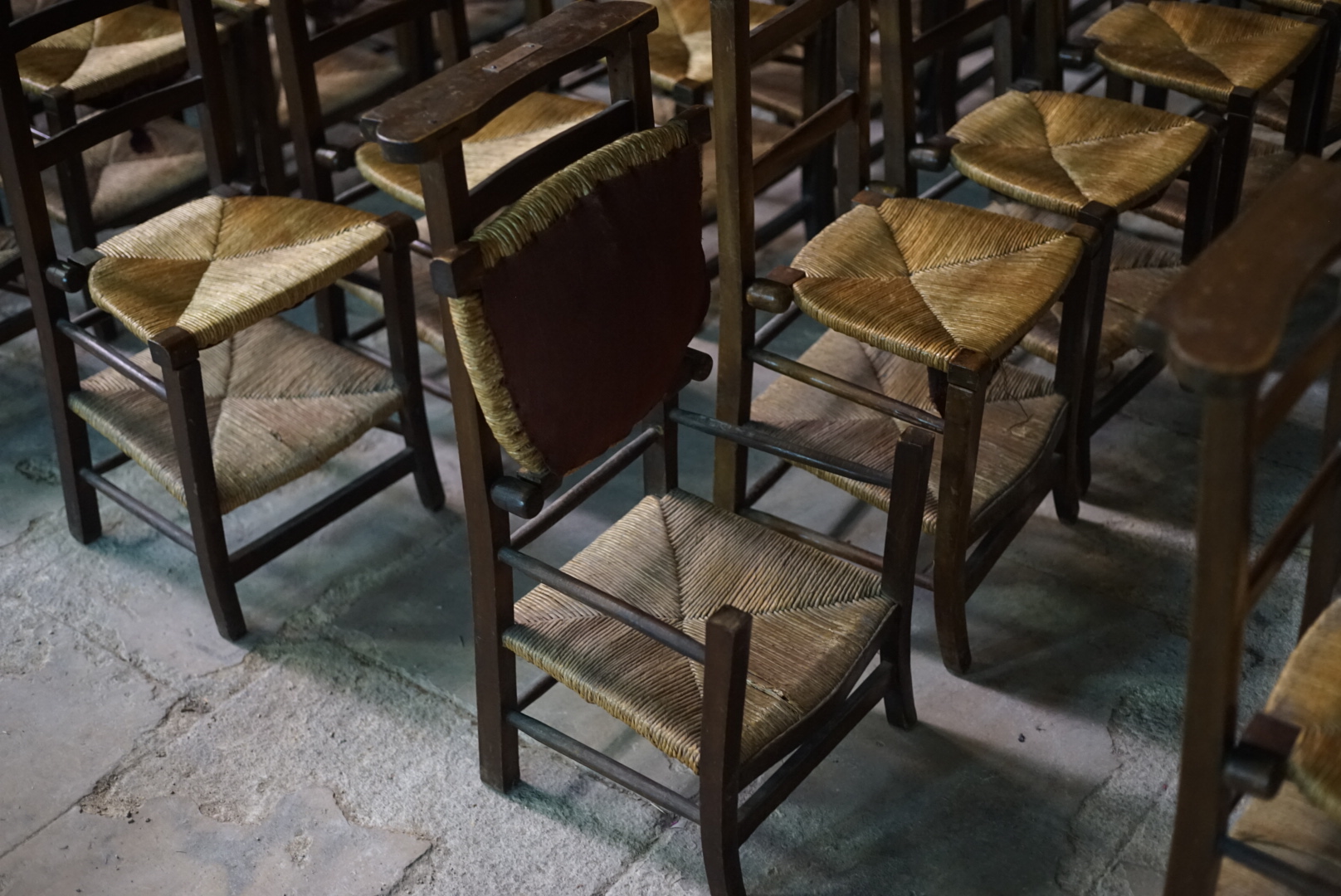 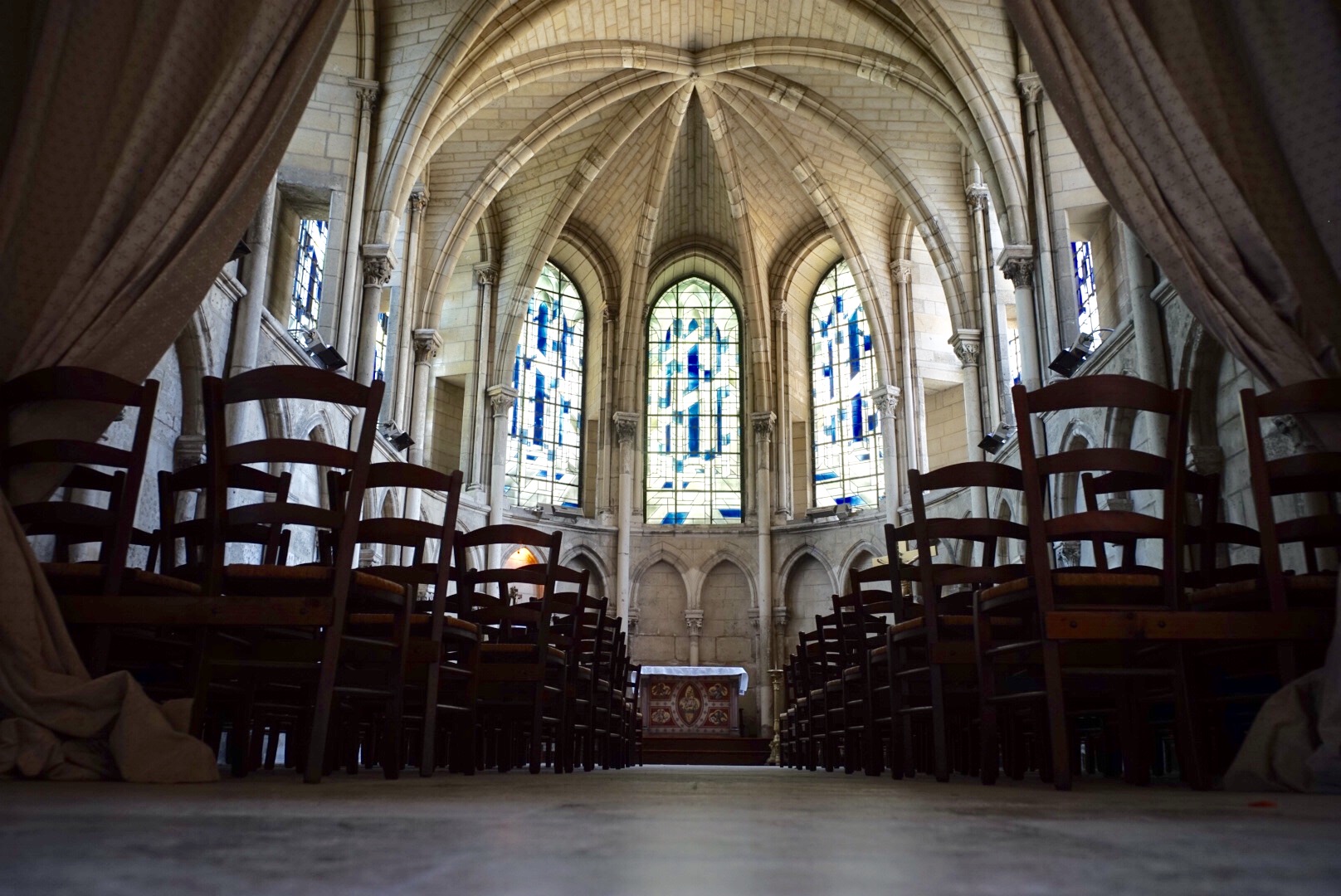 On the way back to Athena’s apartment we stopped at a champagne house just around the corner from her door. We tried their basic champagnes and did not like them nearly as much as the 14 euro bottle we had at the picnic. (On sale at the grocery store, regularly 30 euro.) 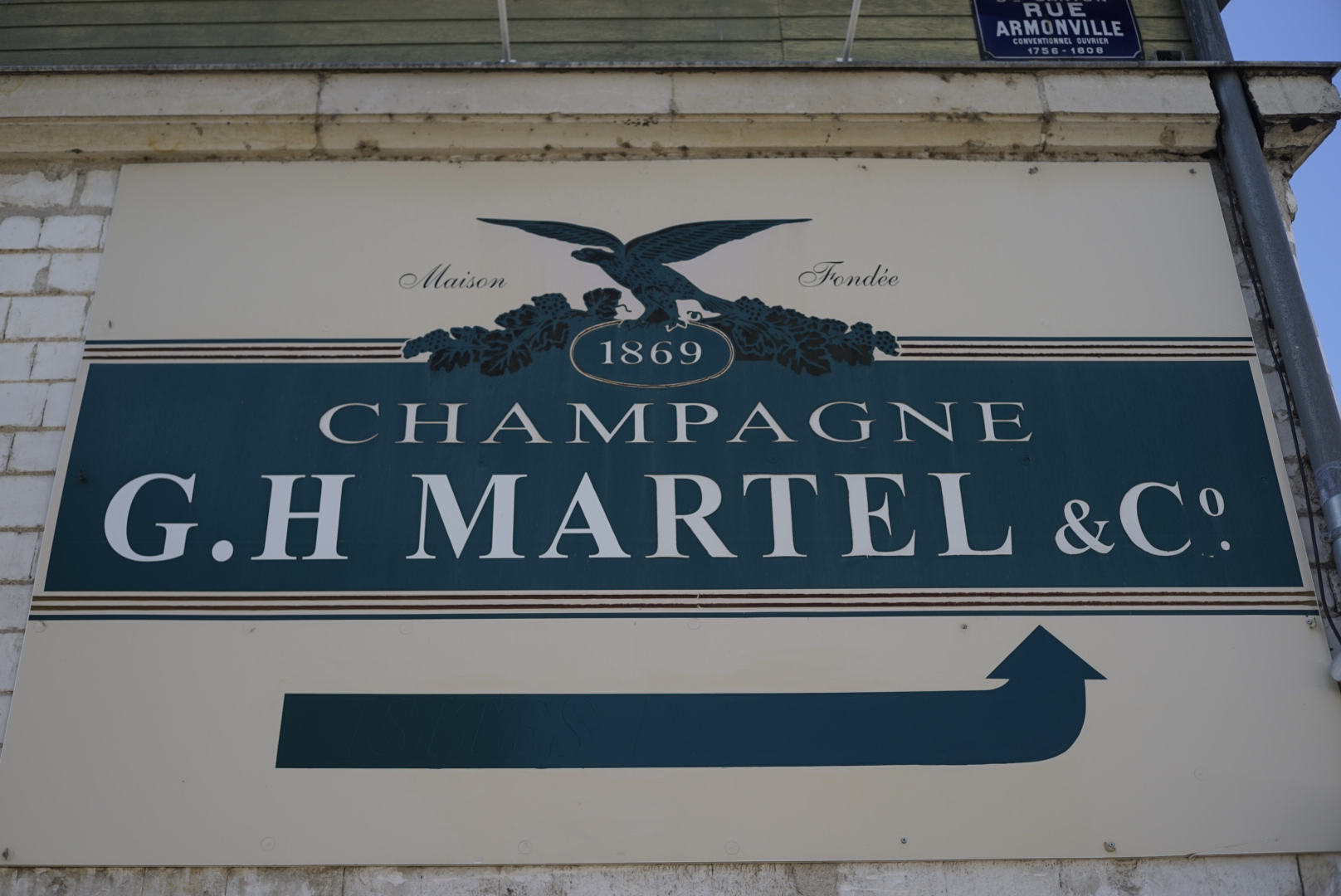 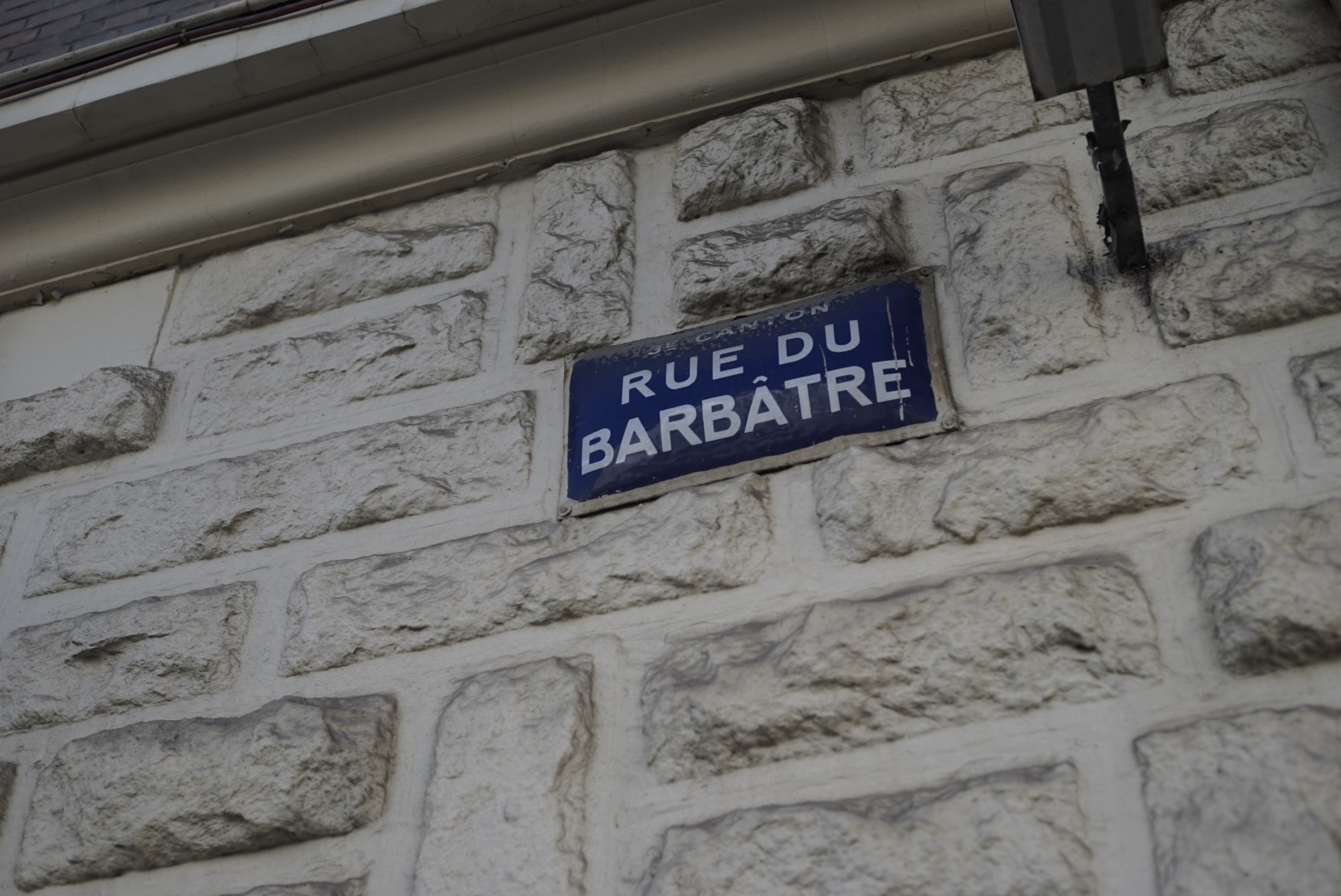 We had a late dinner in the square in front of the cathedral because on weekends there is a terrific light put on at 11PM. It was a wonderful combination of building, light and music. 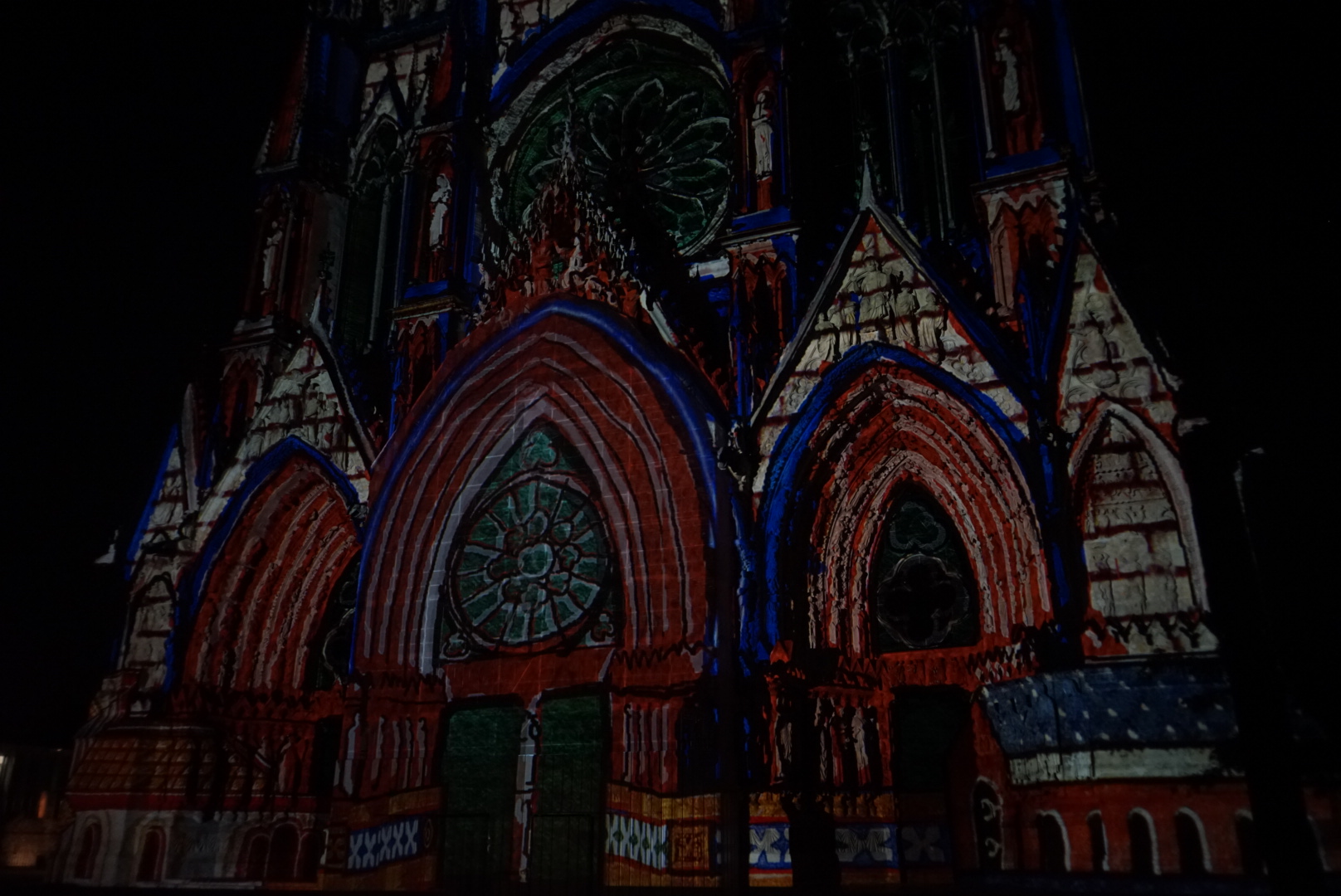 The kids came back to our apartment after the light show and then we said our goodbyes and stuffed them into the ridiculously small elevator. 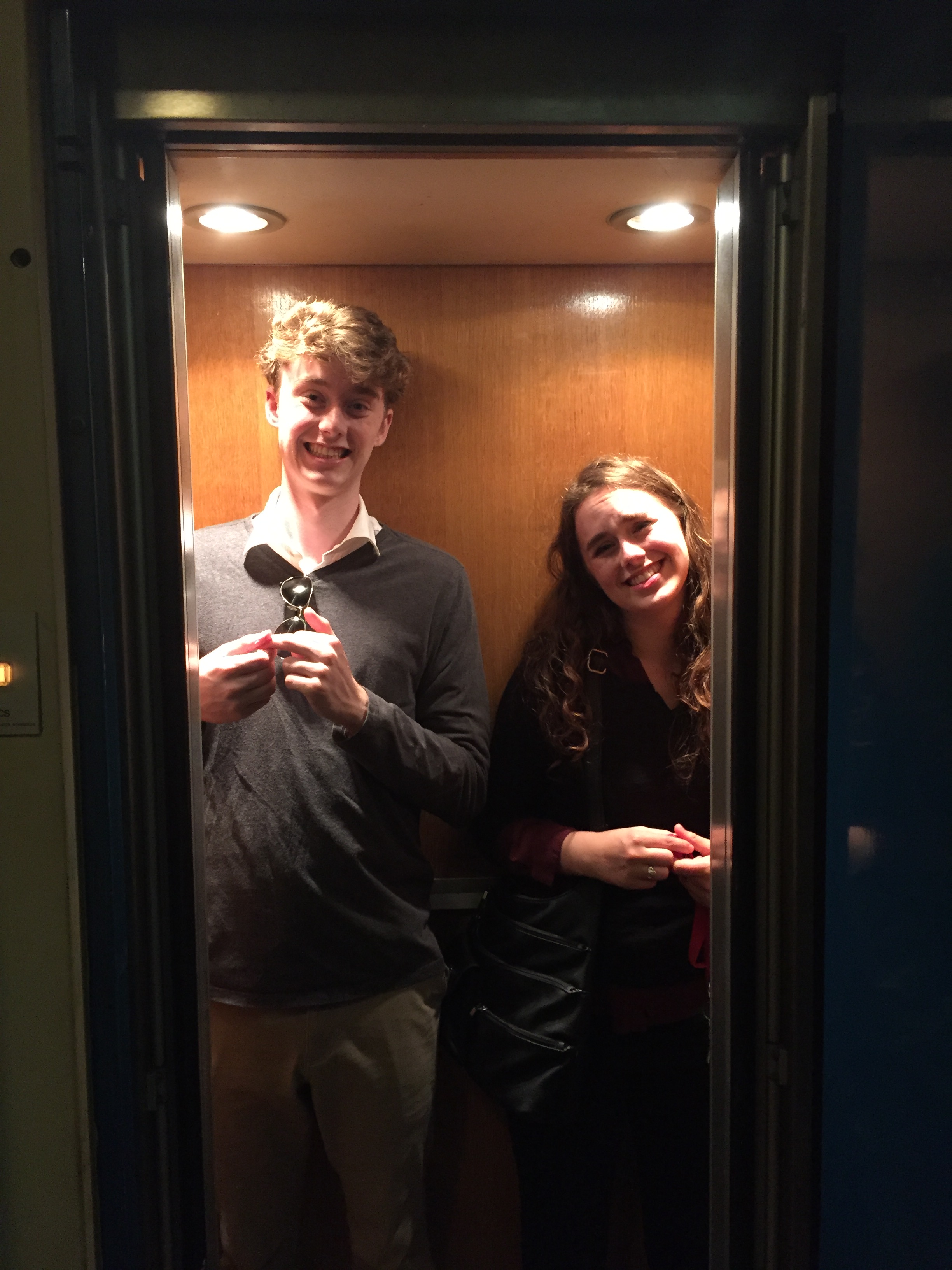 One last look at the cathedral by night and to sleep. 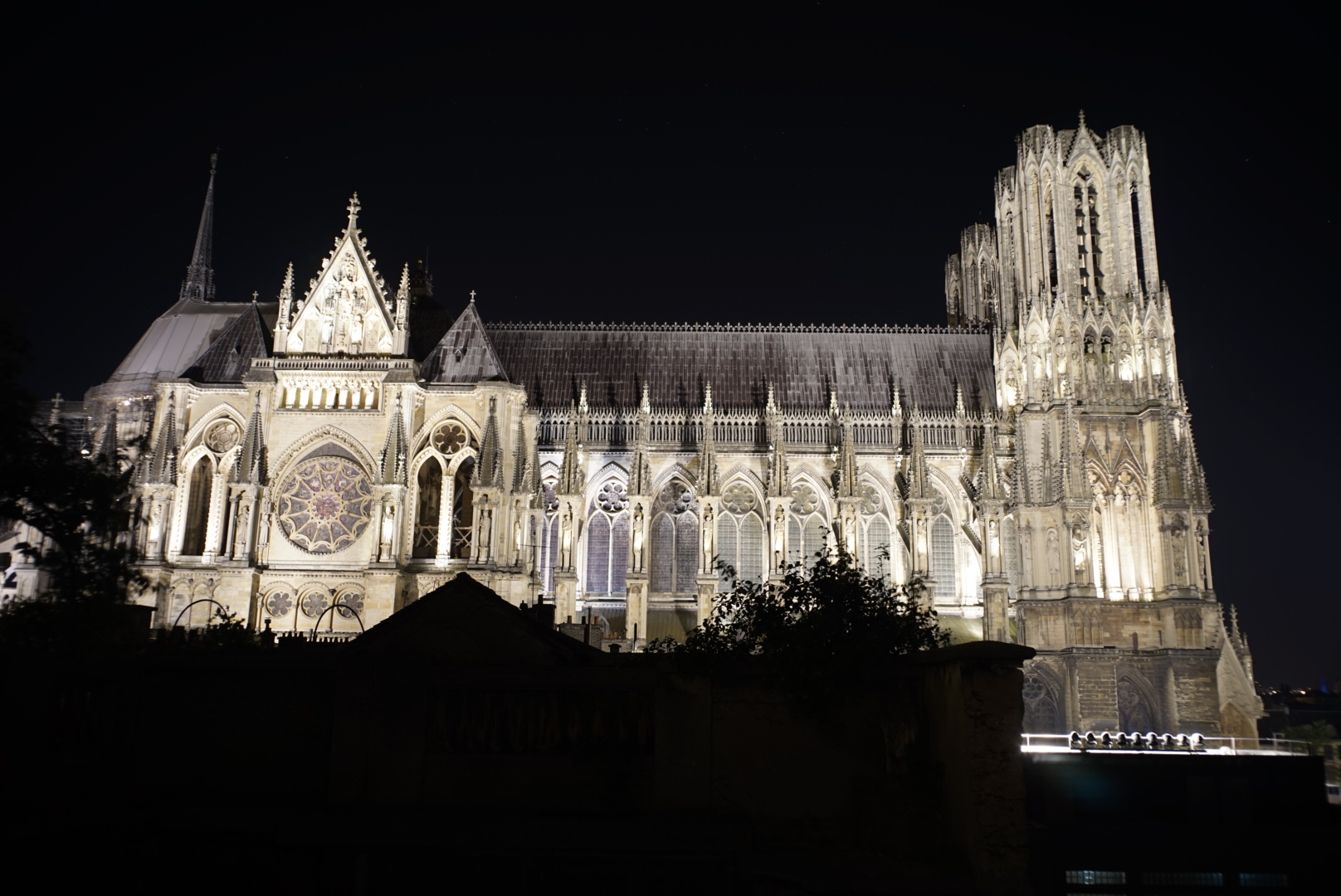