Paris on the Left and Right Bank

Another day in Paris begins with a trip to the boulangerie. I think I spotted some sympathy in the eyes of the cashier for my lack of French. Happily, I had my lovely daughter with me to do the heavy lifting with regards to making the order. Quiches, butter croissants, croissant aux amandes, and, of course, a baguette got us off to a rolling start.

Today, our first destination was Le Jardin du Luxembourg. We made our way across the Pont Neuf and into the 6th arrondissement. We made a point of stopping often for a break in the shade. We traversed a lively area with many cafes, theatres, and bookstores. When we got to the Jardin du Luxembourg, we checked out the Medici Fountain which had some interesting people around it. 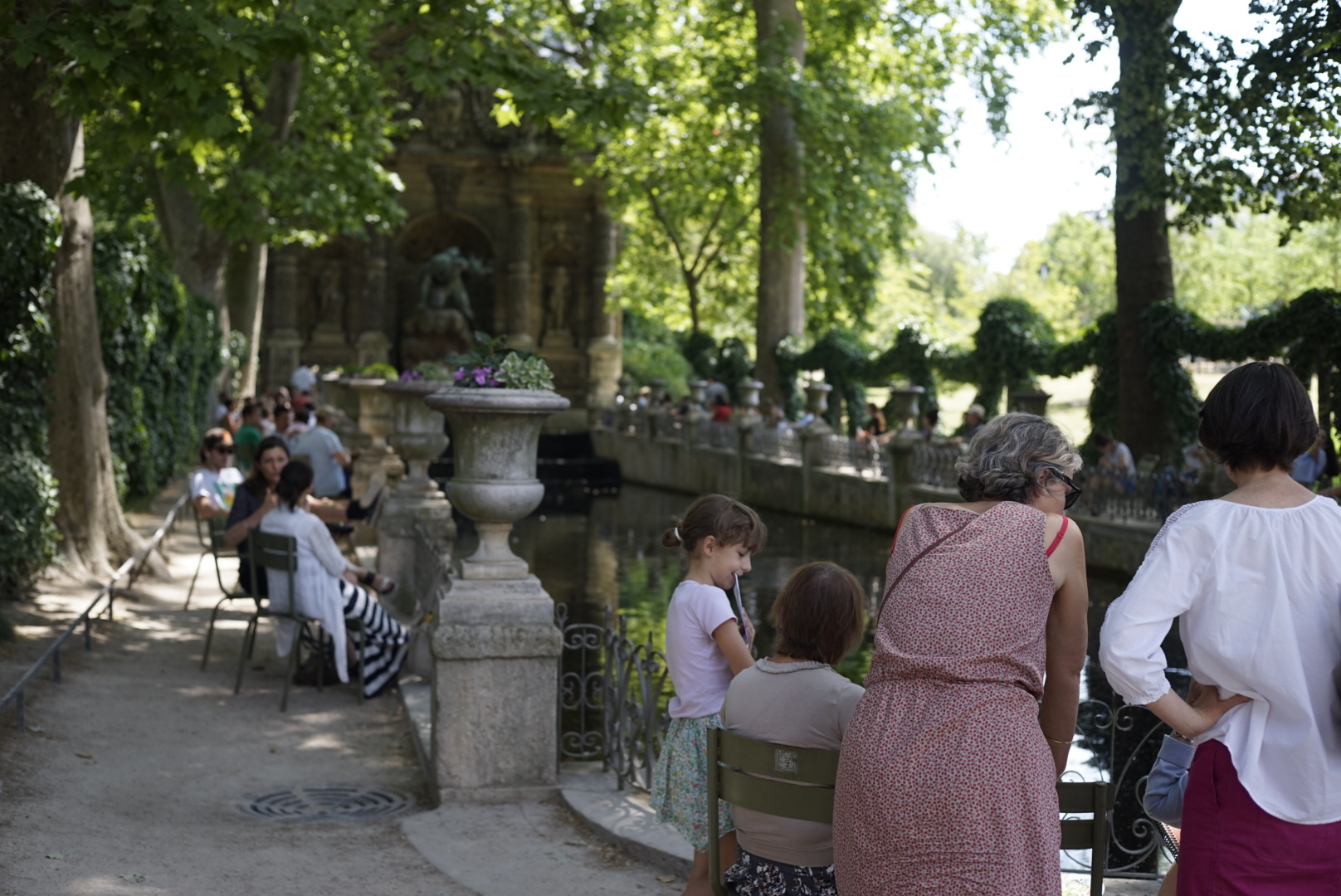 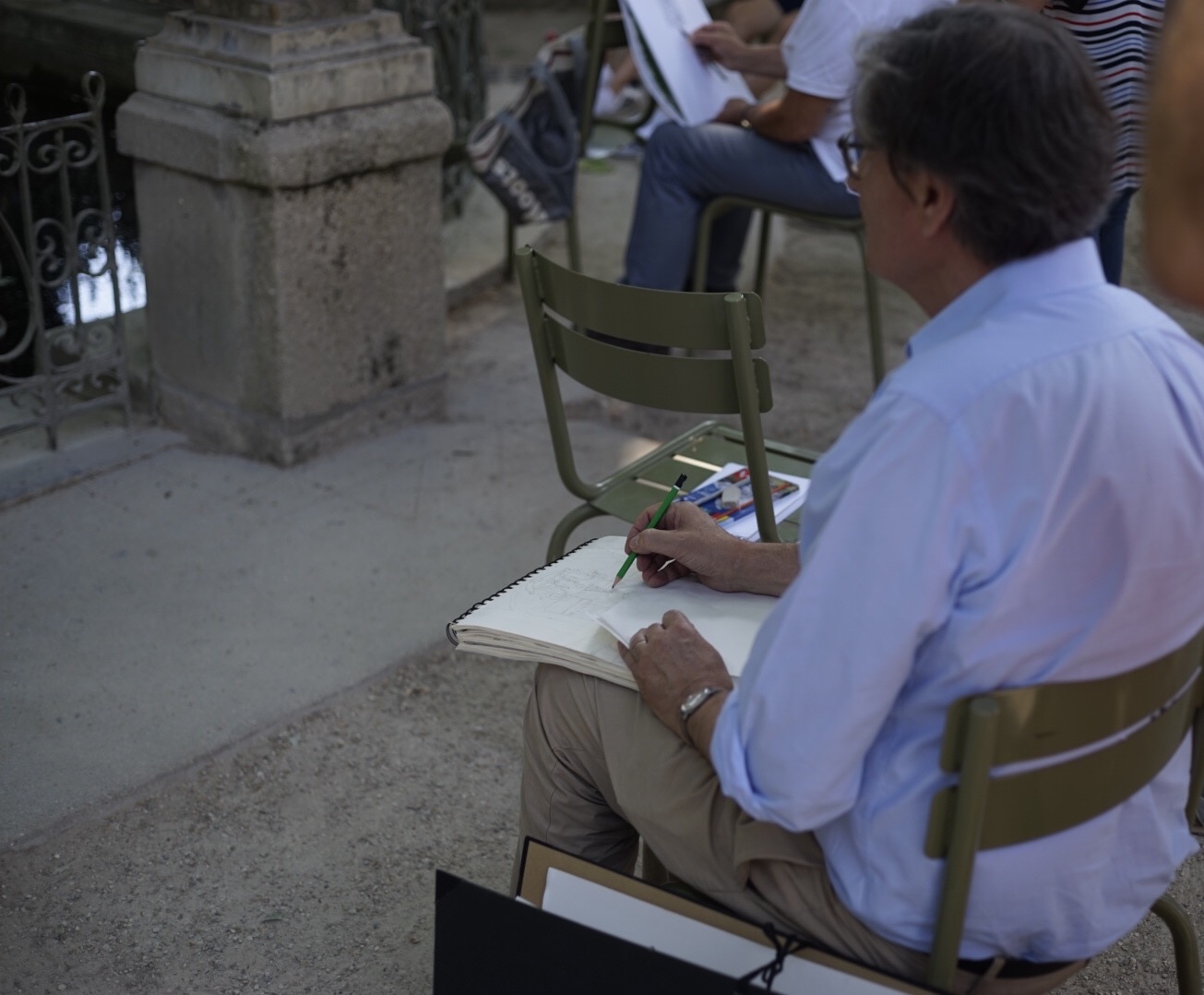 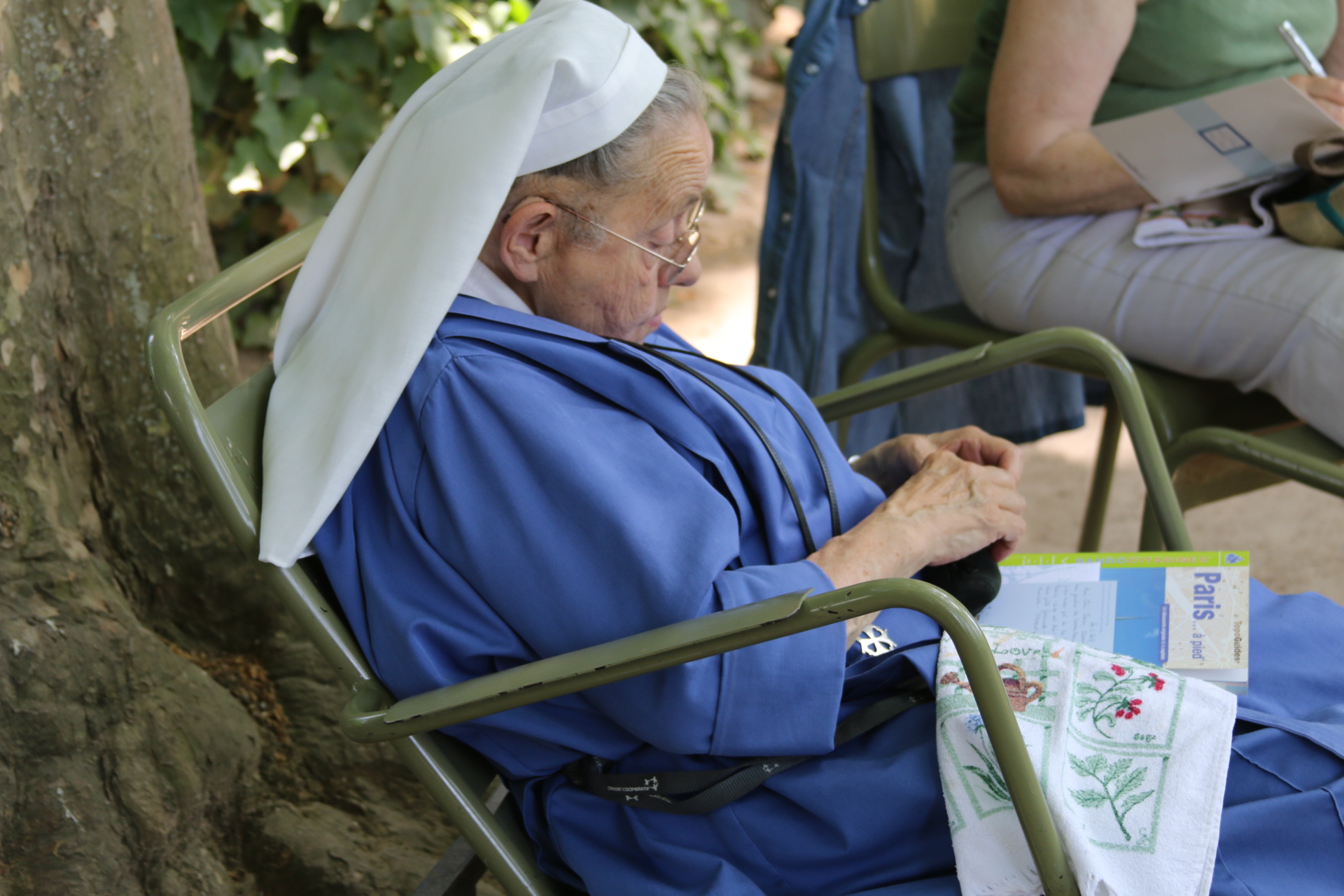 In the park, we stopped for iced tea and iced coffee at La Pavillon de la Fountaine. 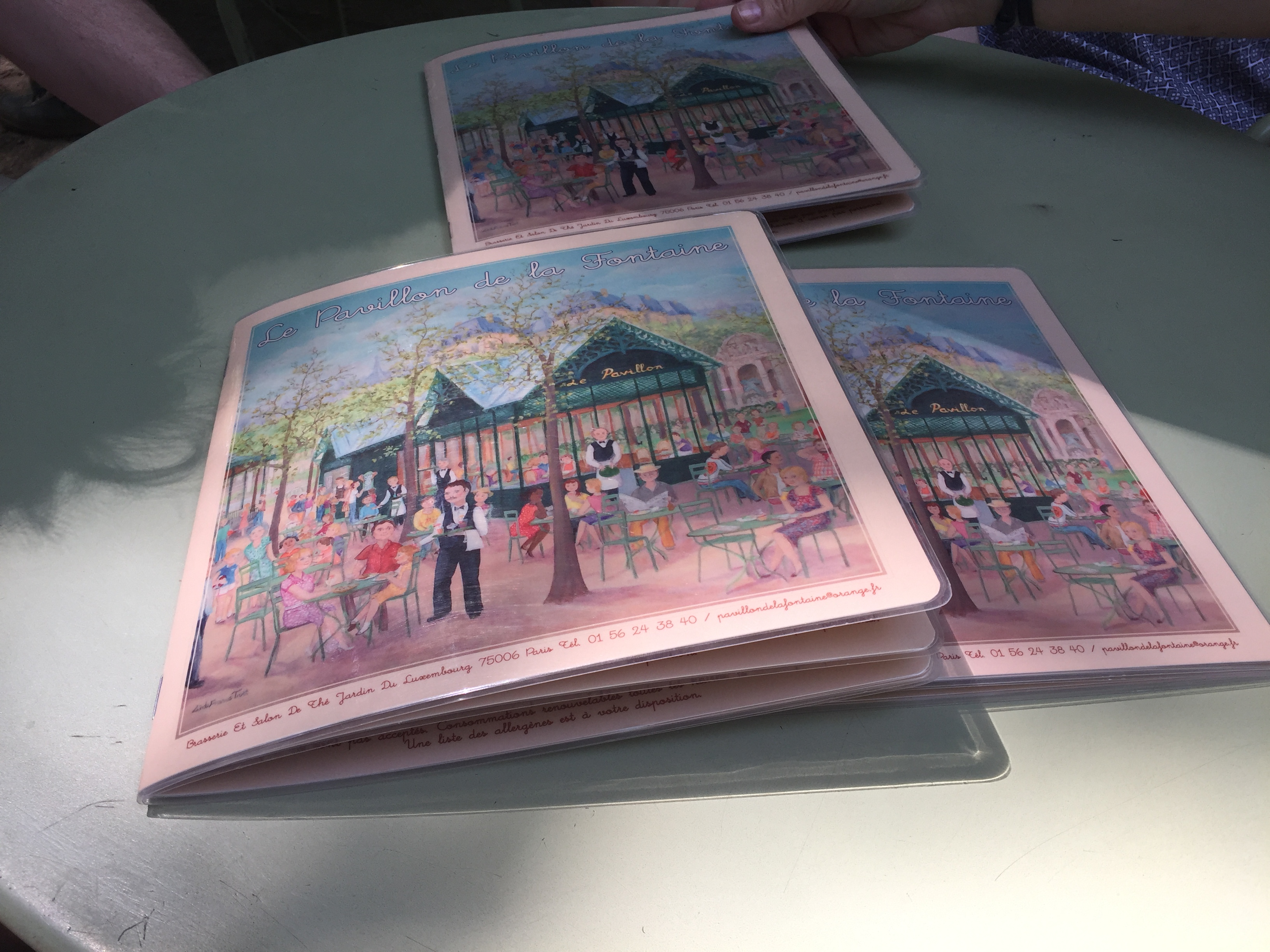 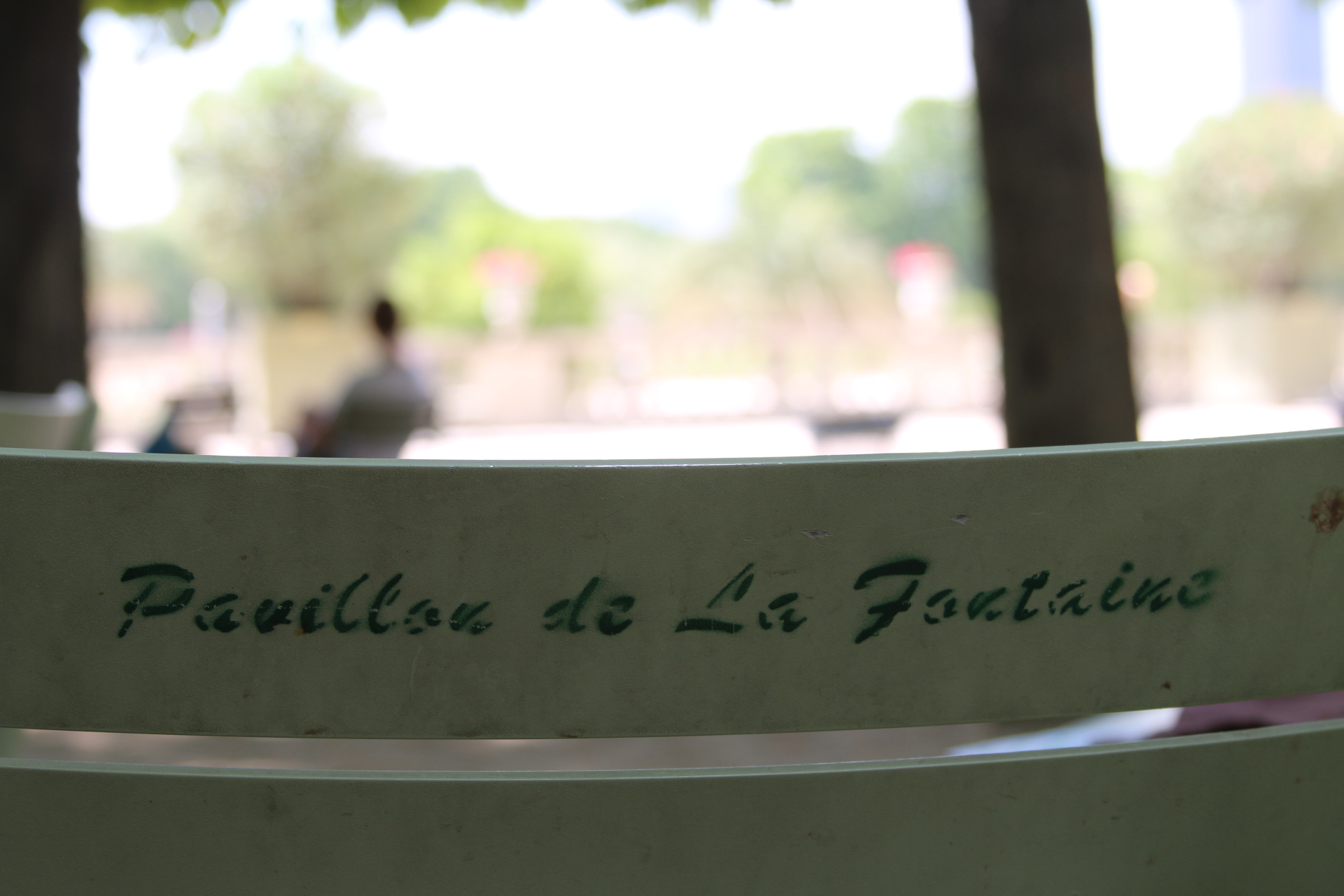 We then wandered the grounds of the Jardin looking at the many statues of women from French history. Parisians seem to love it here, as the Jardin du Luxembourg was full of people sitting in the shade eating lunch with their friends and family. 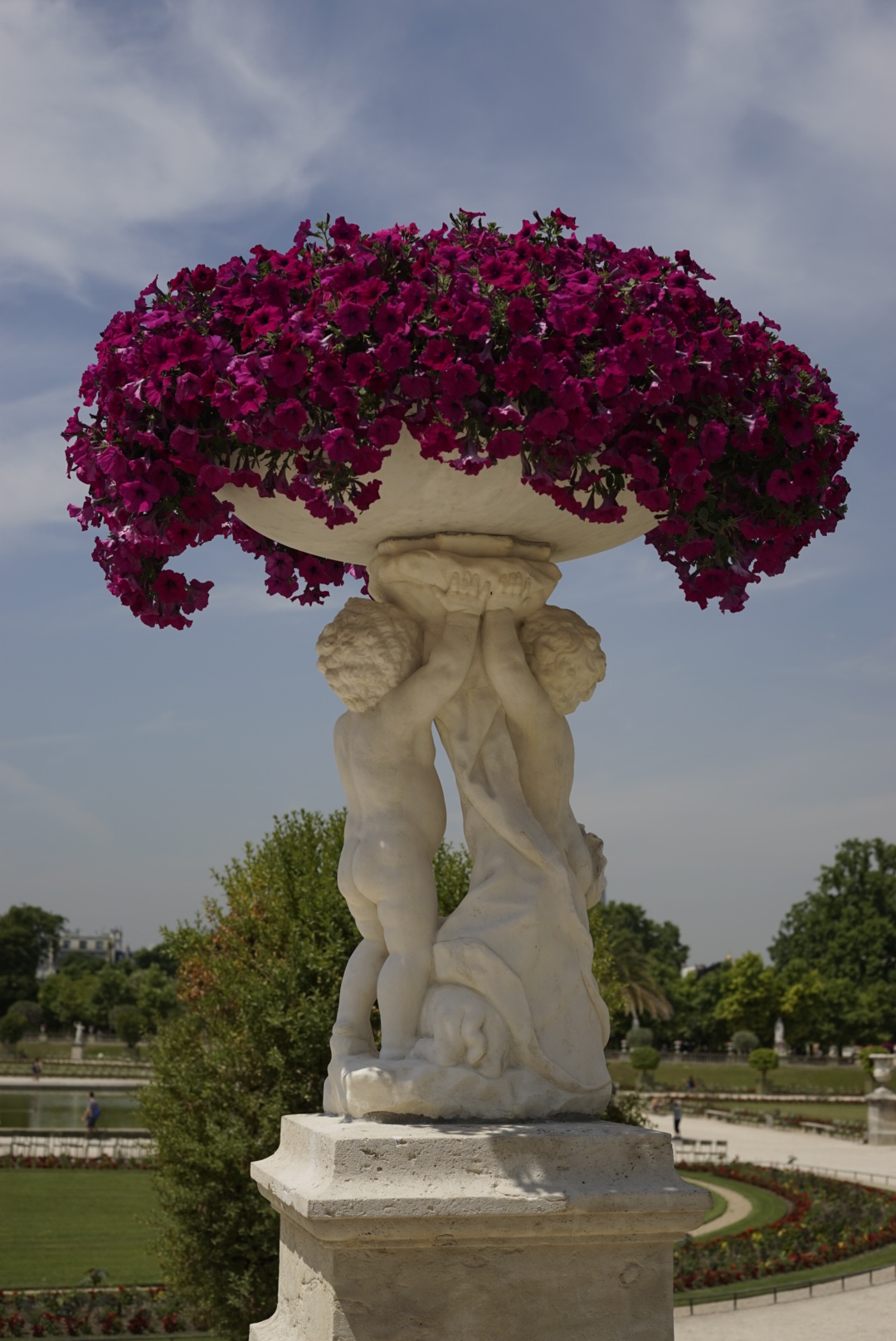 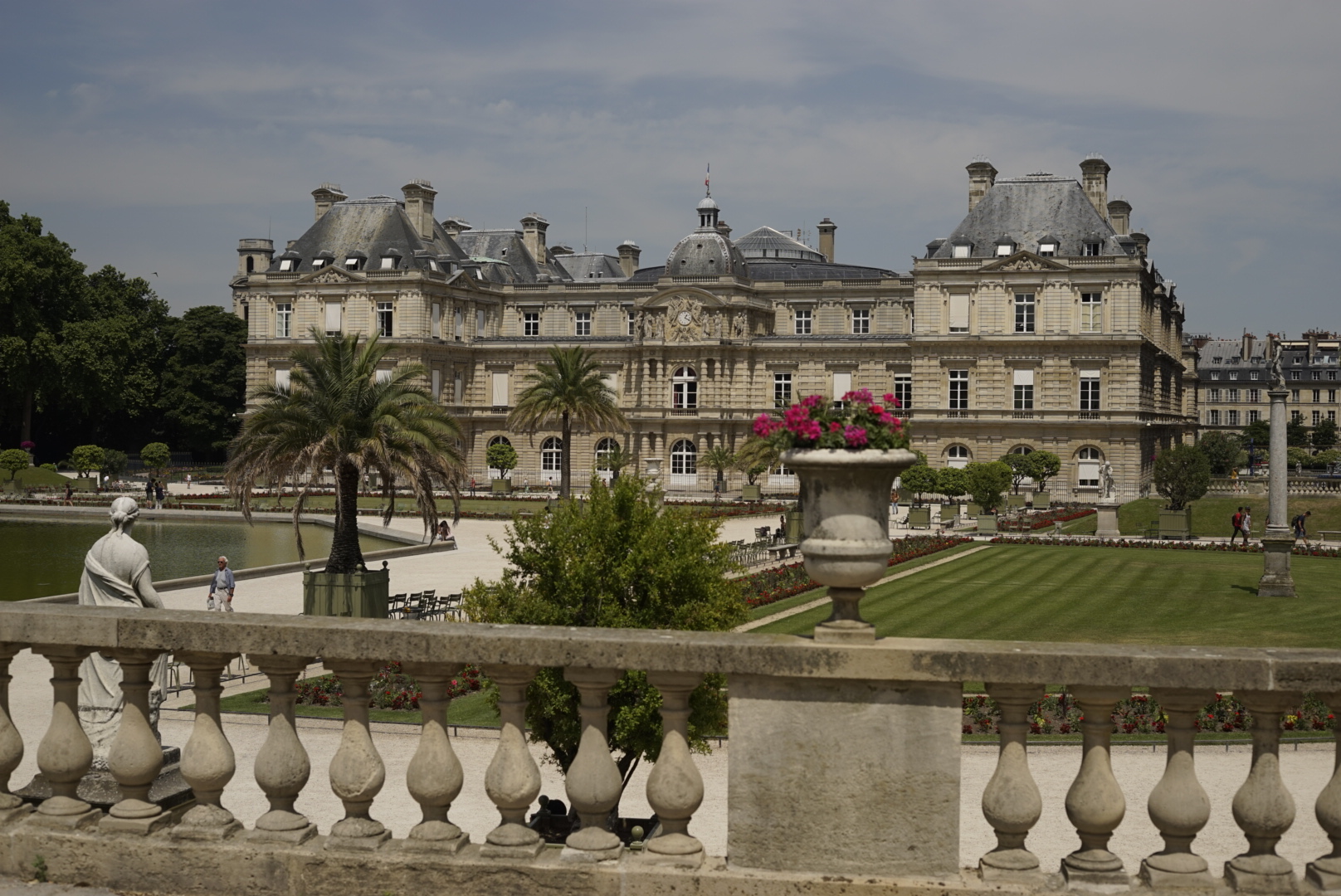 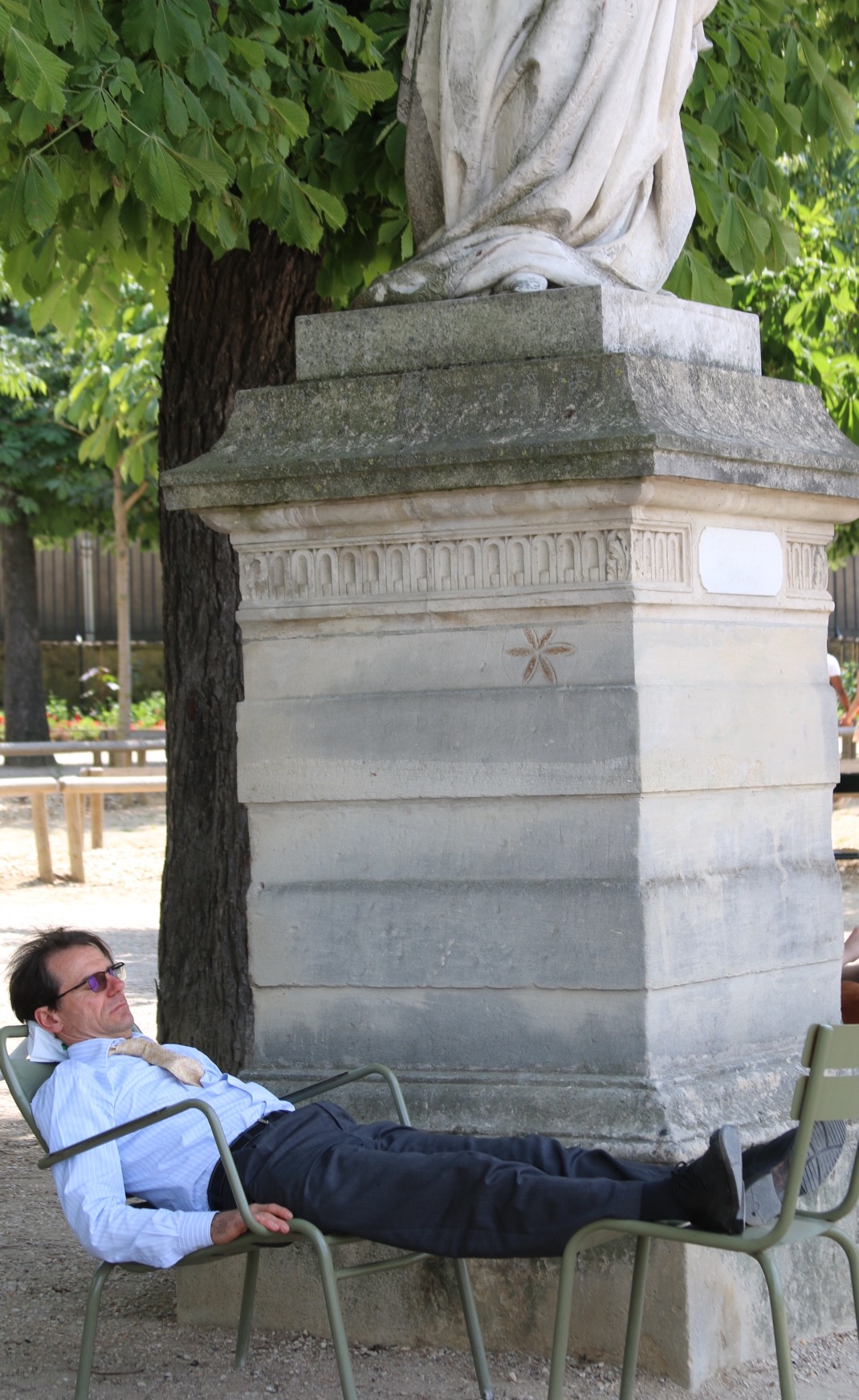 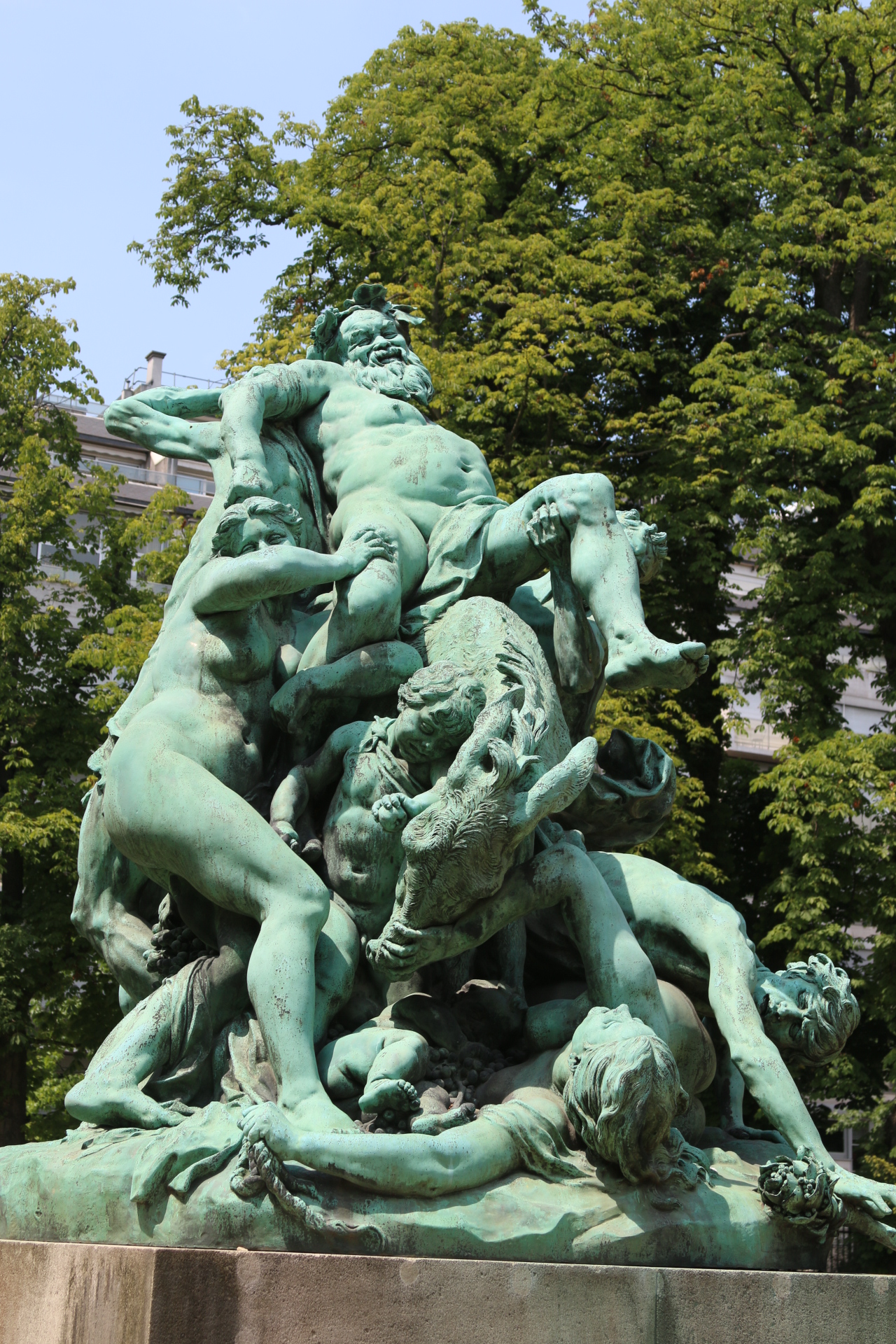 After the Jardin, we stopped at the Church of Saint Sulpice for no other reason than we were there, and then wandered into the antiques fair on the grounds of the church. The antiques fair was fun with lots of very French characters in their booths full of unusual artifacts. 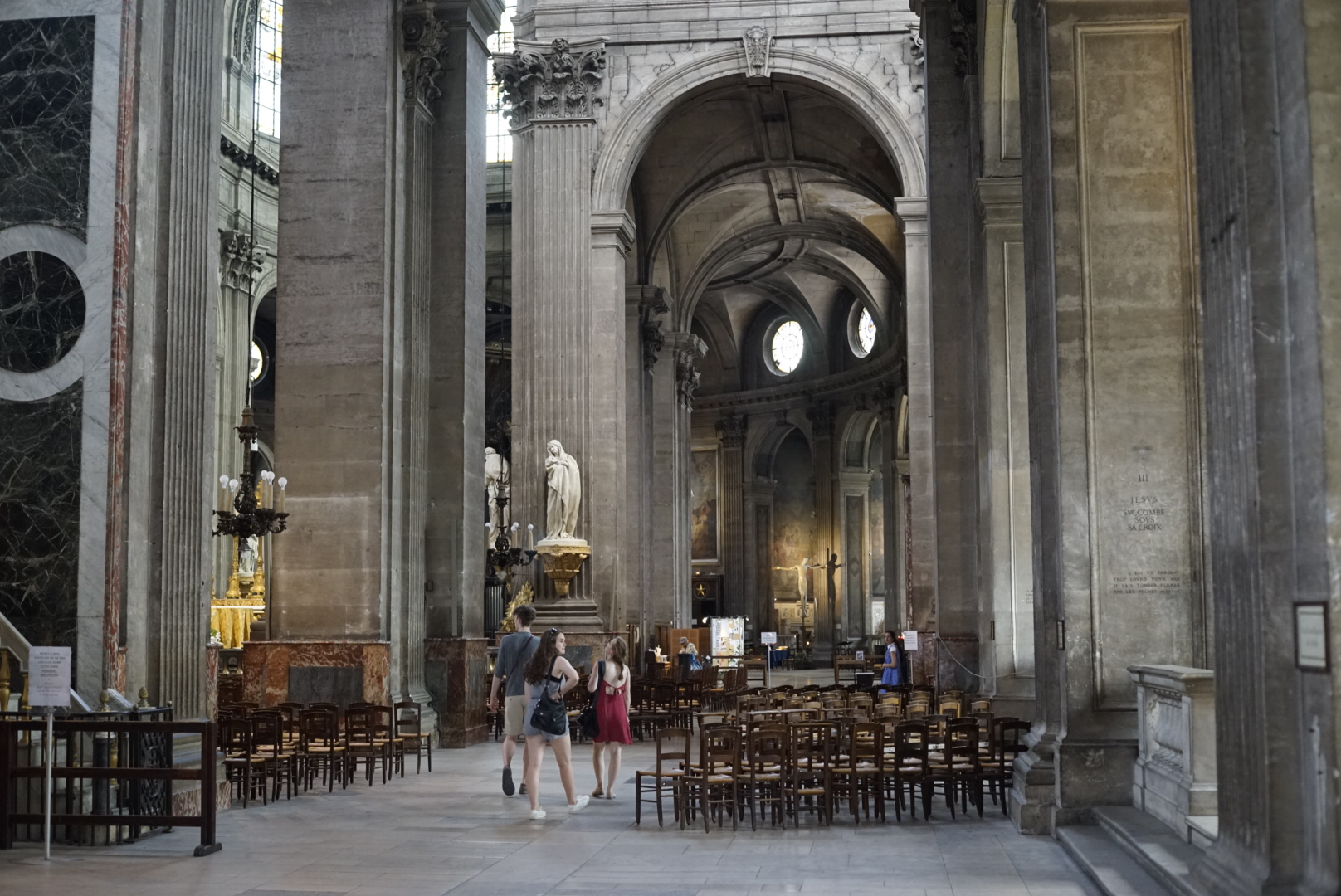 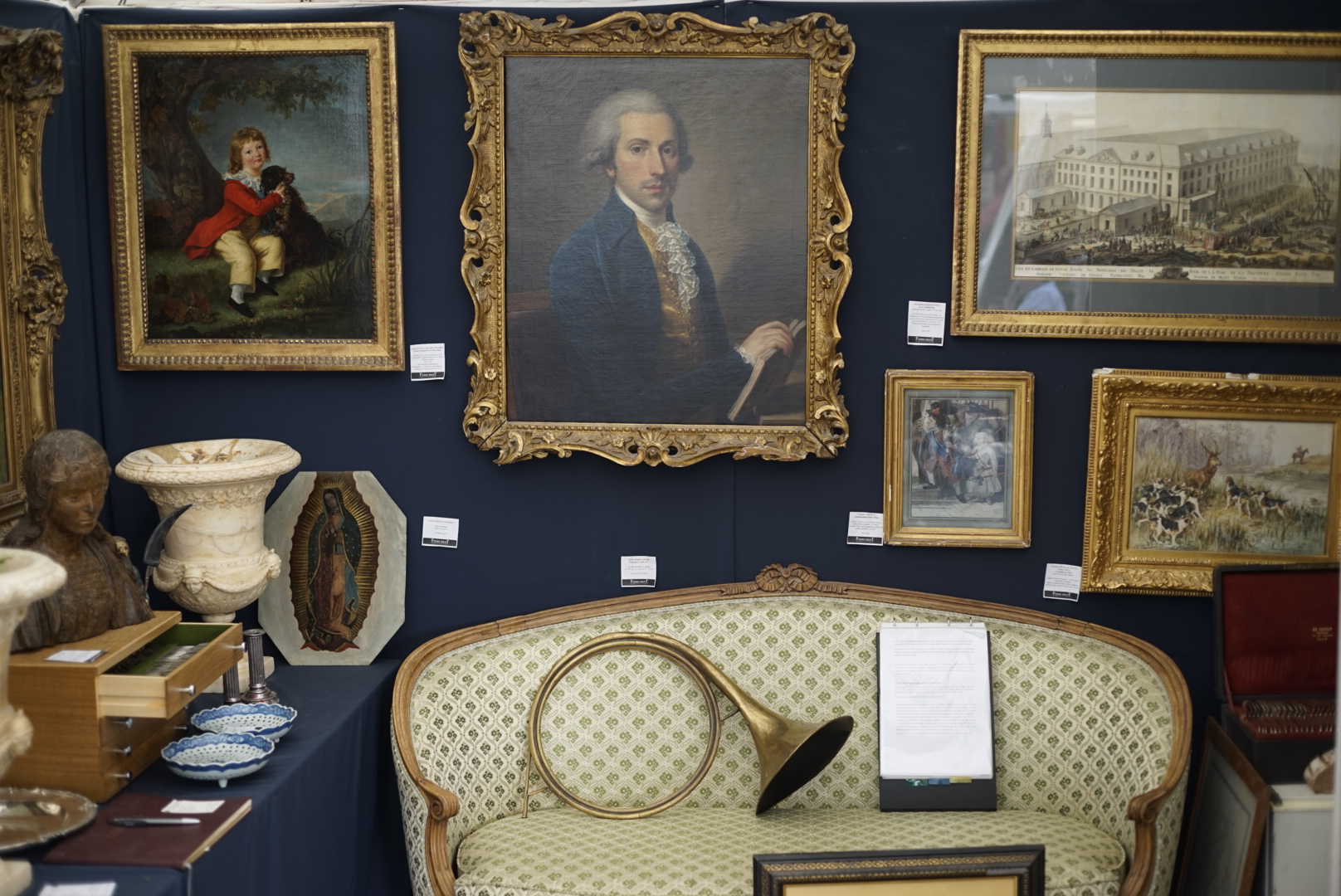 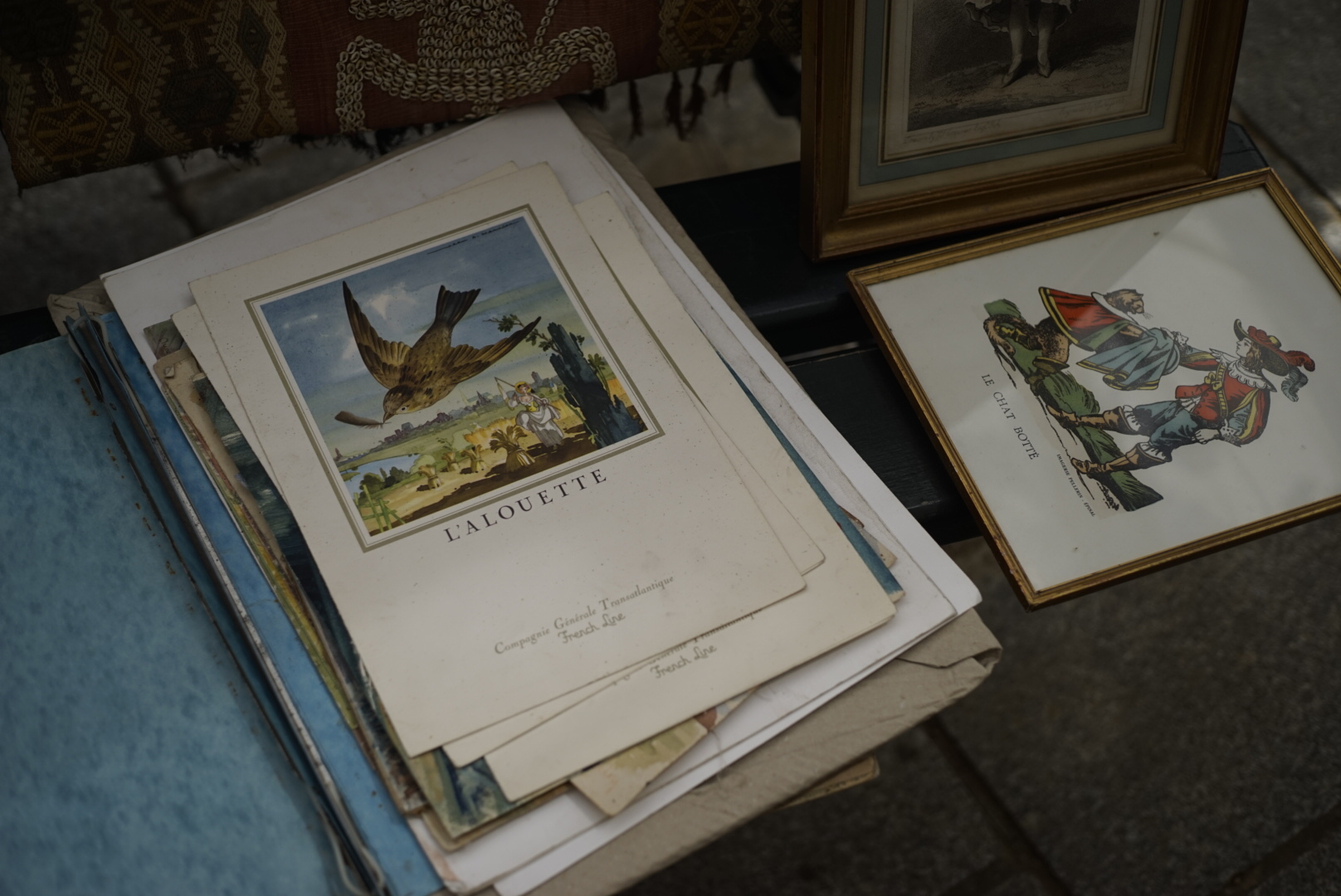 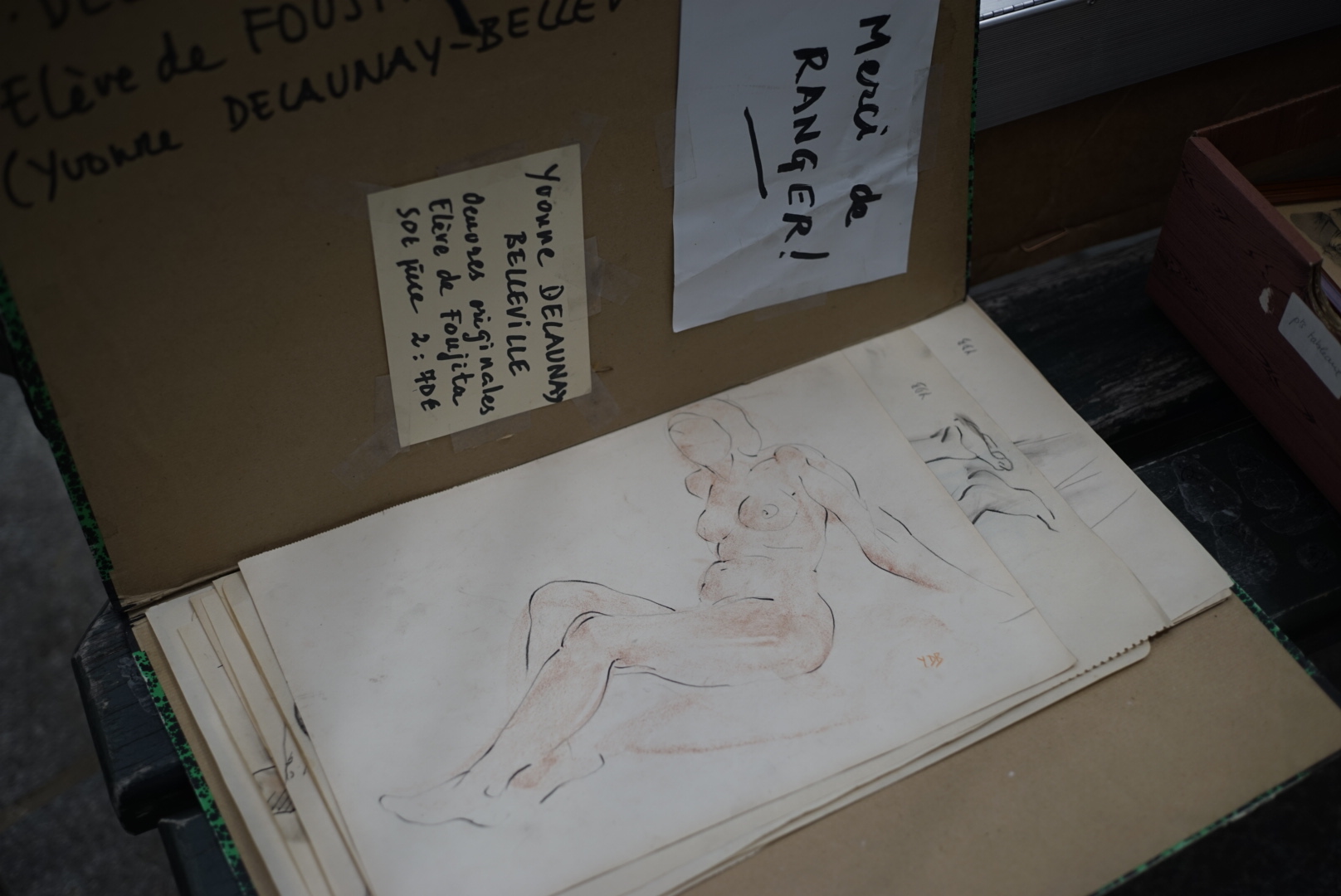 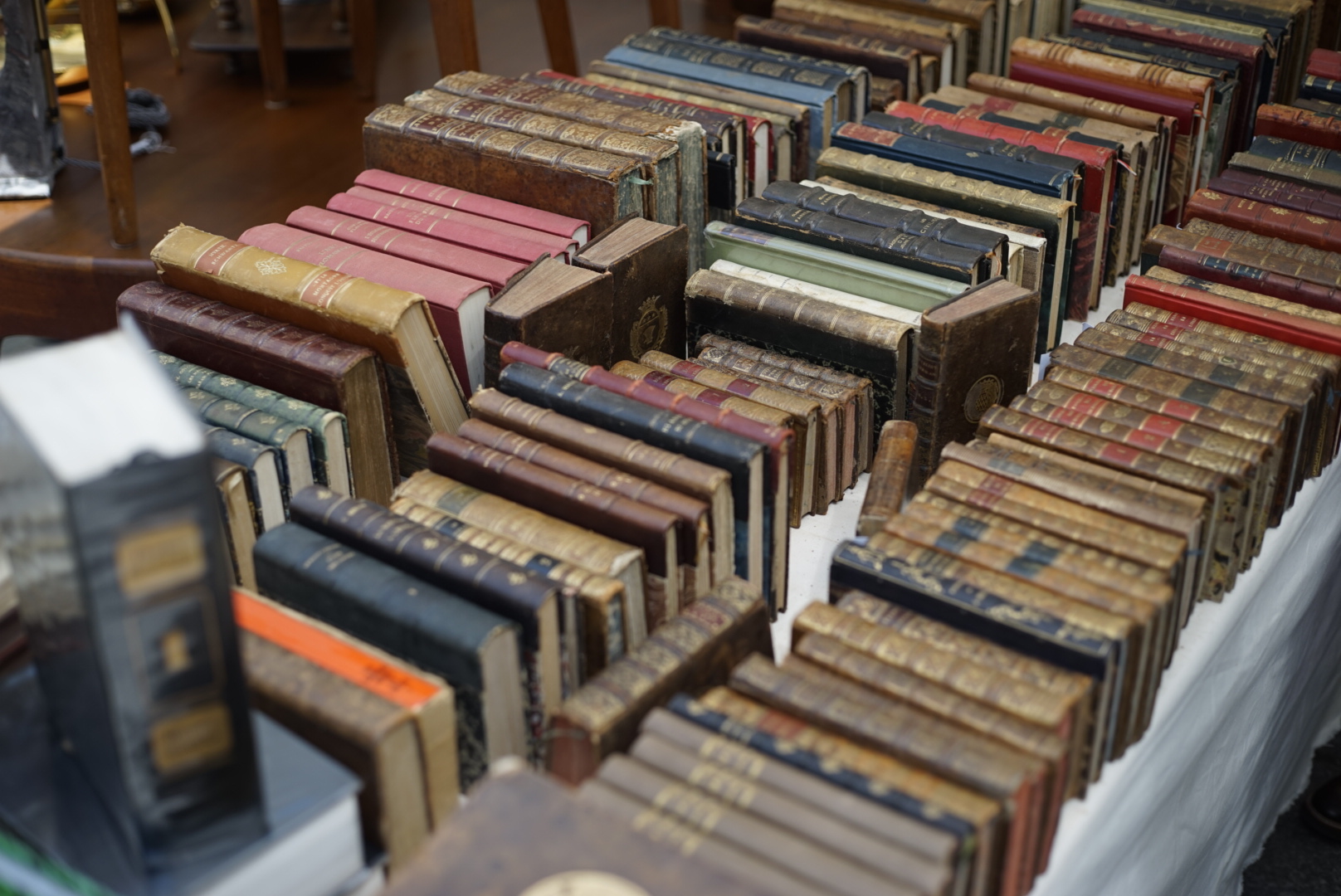 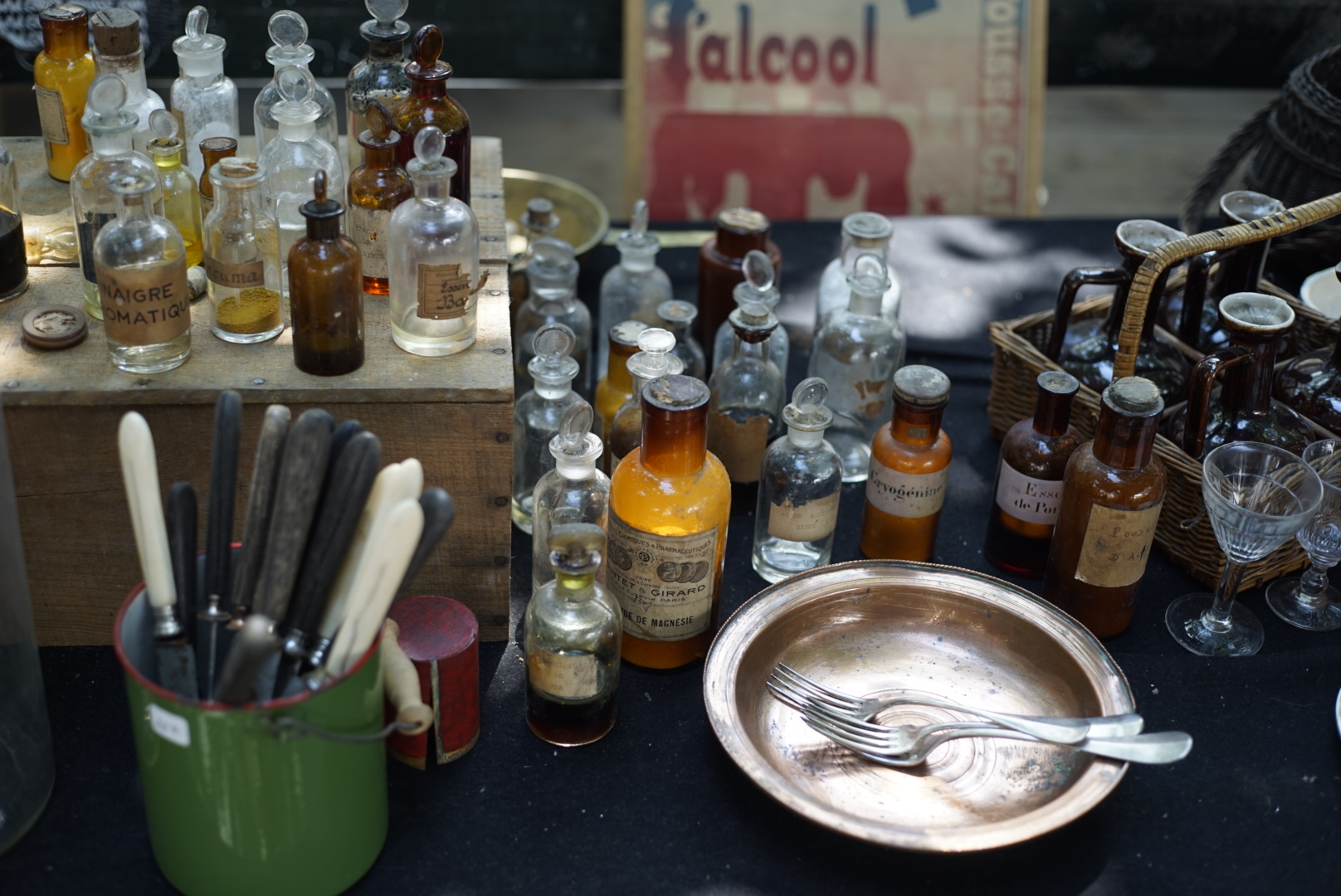 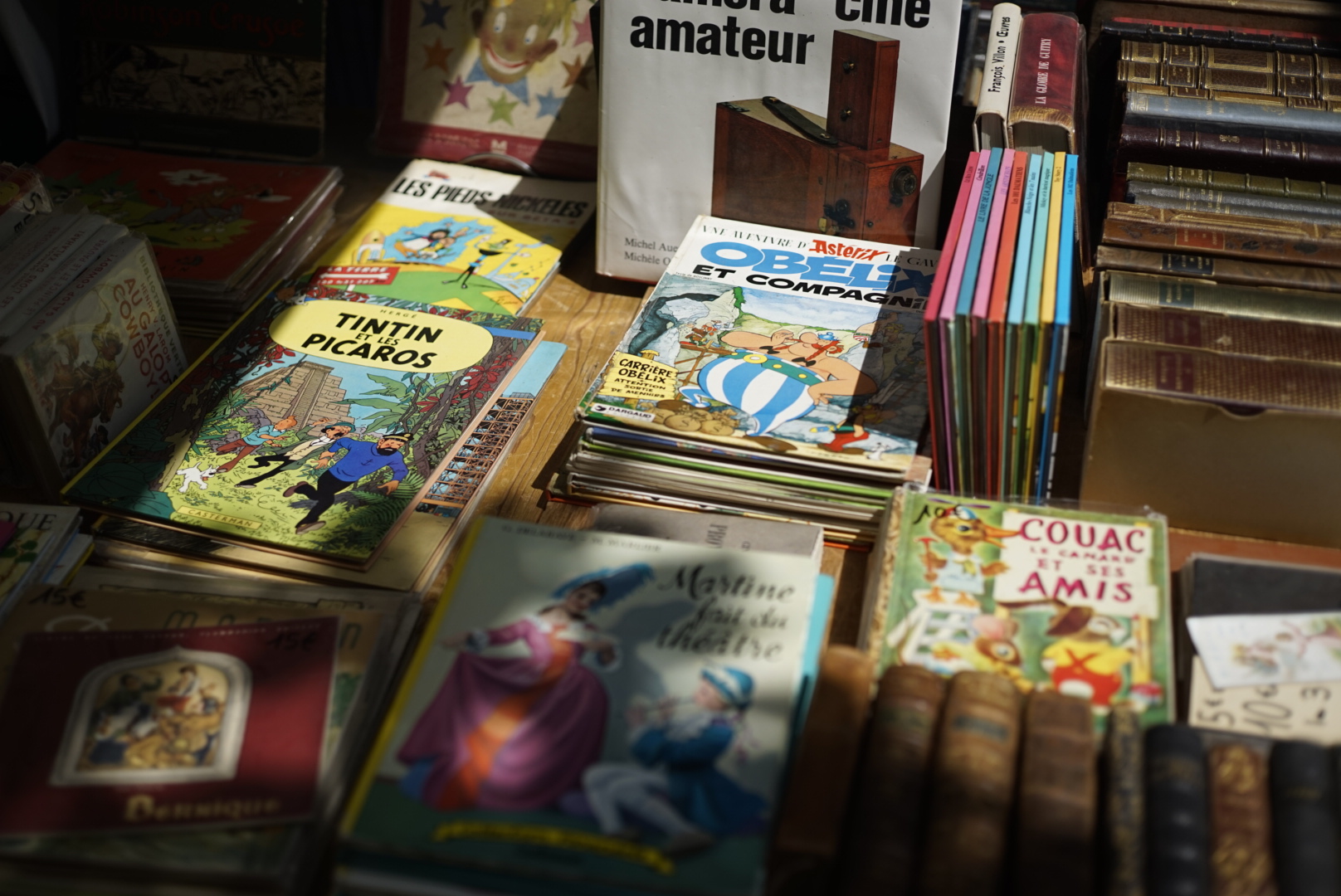 We then made our way to the shopping district on Boulevard Saint-Germain with the goal of finding a watch store so Triumph and Athena could spend the money given to them by Columba. We spent a good deal of time looking at many brands of watches while being helped by a lovely older lady with almost no English. This was not a problem, of course, because Athena led the way. Both kids settled on (almost matching) Daniel Wellington watches. I think that these will be terrific mementos of their trip to France. 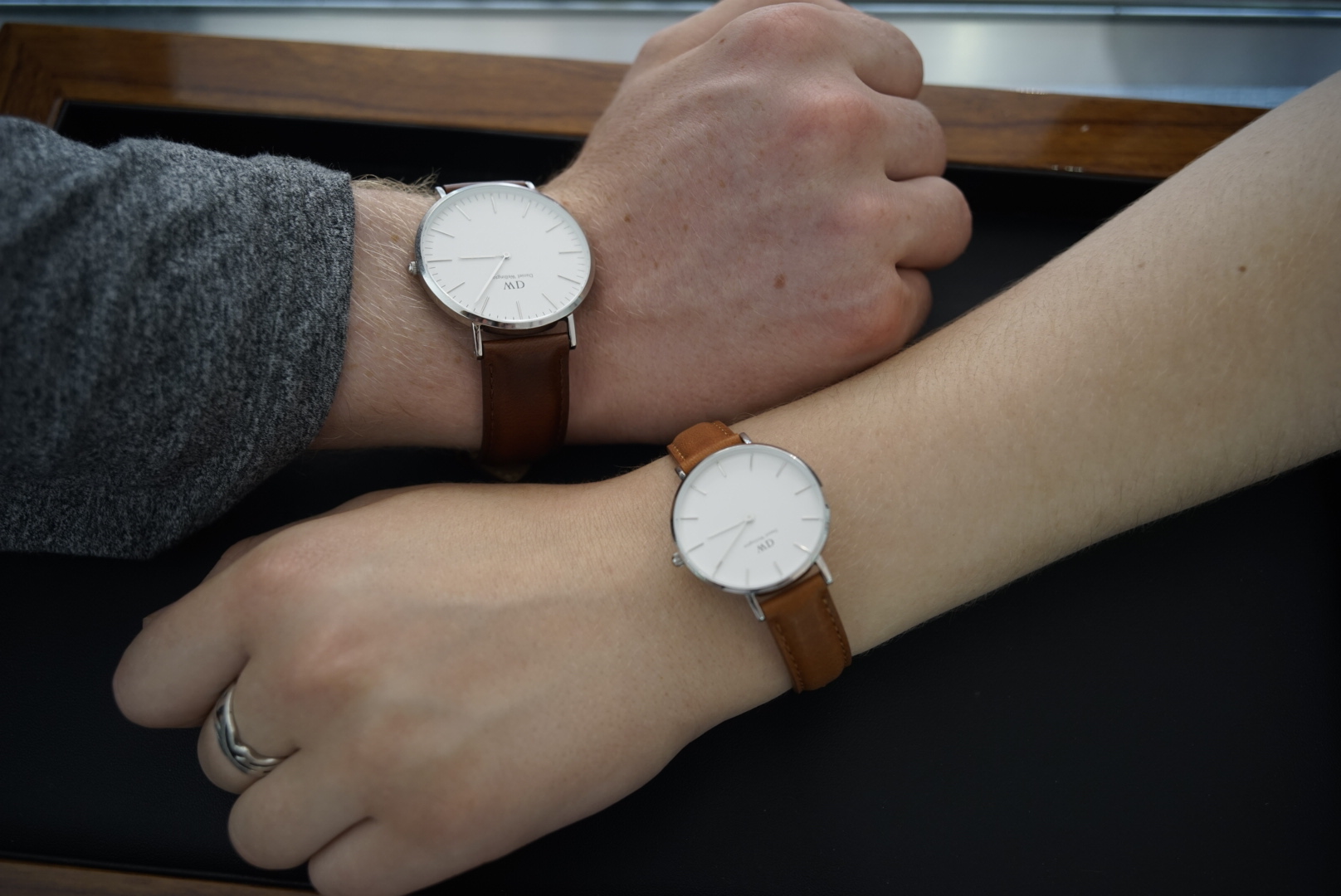 After the shopping, we went to Athena’s brand new alma mater, Sciences Po, for a quick look around and swag-buying opportunity. This, of course, is the Paris campus and not the Reims campus where she has been for the last two years, but it is the address that will appear on her degree. 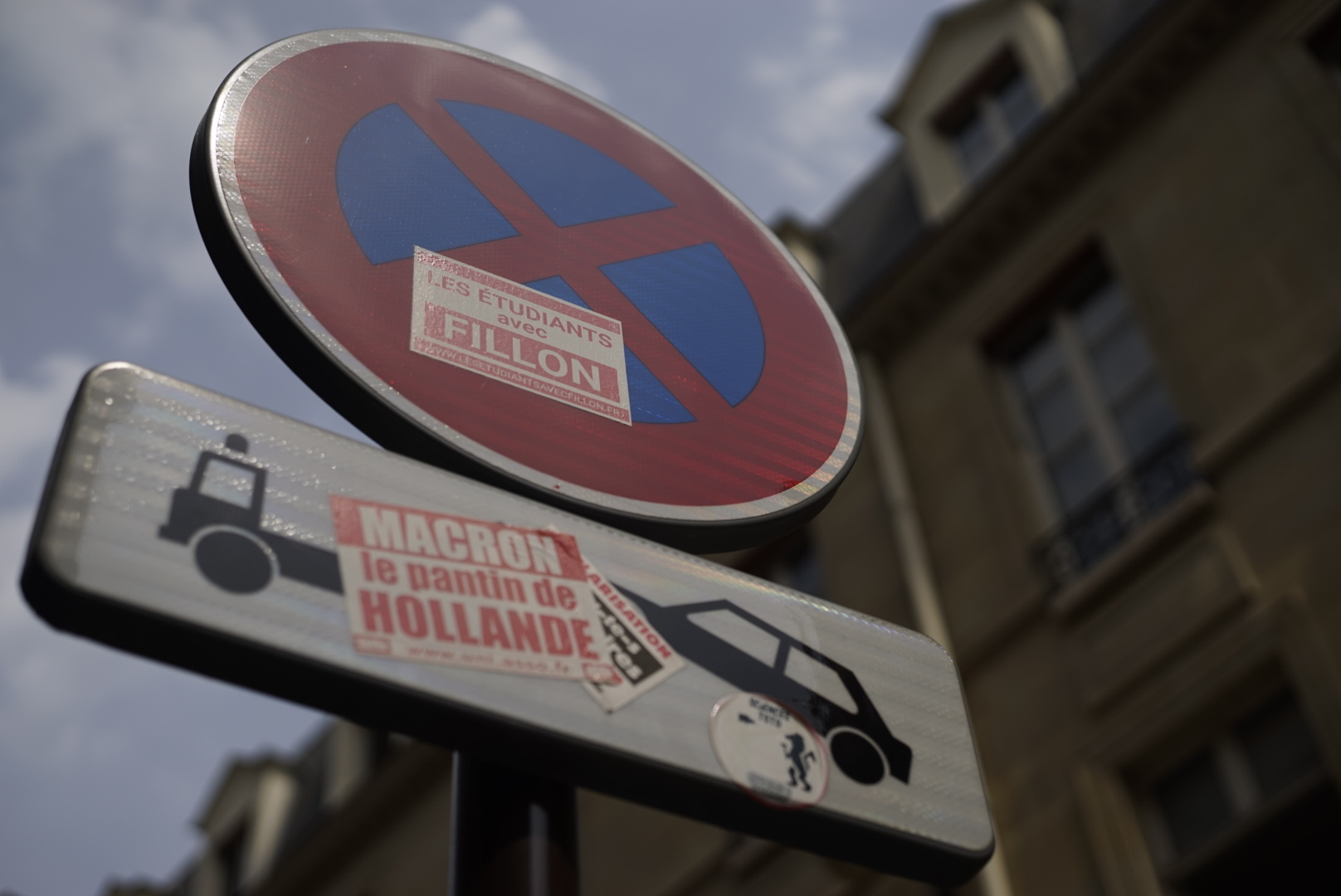 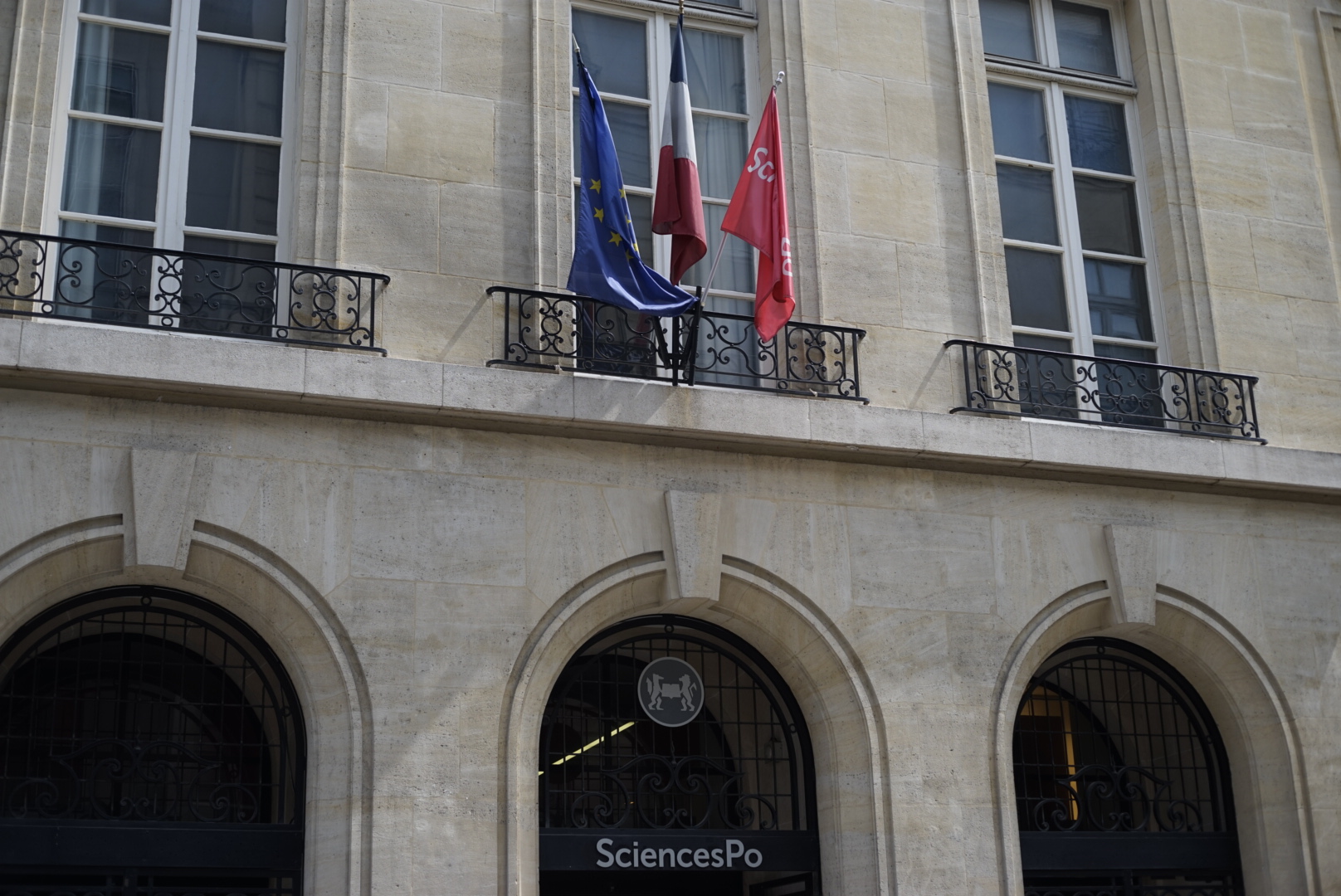 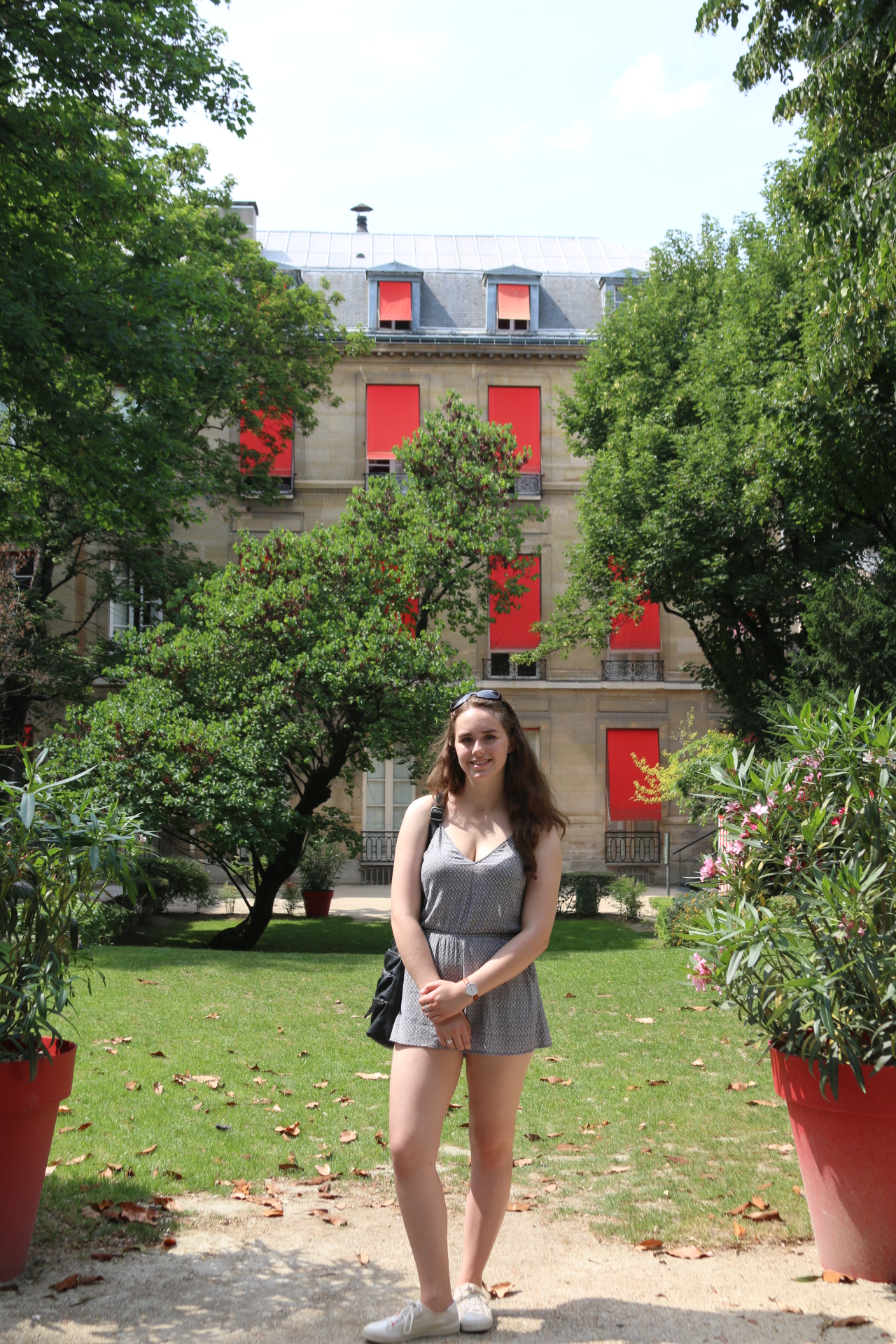 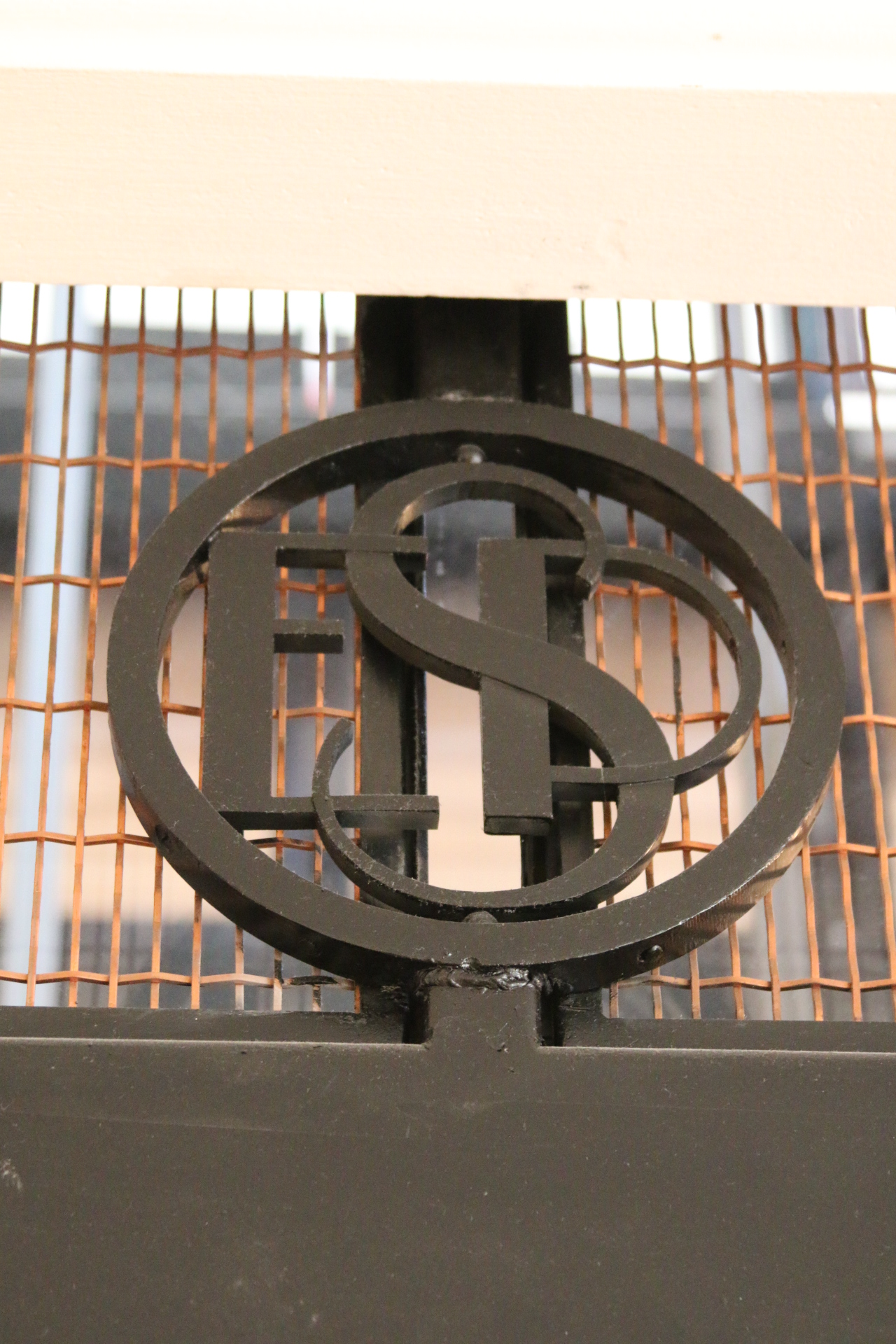 We then took a break on Boulevard St. Germain for a late lunch where we watched well dressed French people and a couple of seemingly stray twin dogs wander the streets before we went to the Musee d’Orsay. (We now believe the dogs belong to a nearby brasserie).

Unfortunately, when we got to the museum, it was closing in an hour, too short to get a good look. So we promised ourselves to return tomorrow, took a break in the shade by the Seine and then over the Pont Royale, (amazed we didn’t lose our lives crossing the street on the other side) through the Jardin de Carrousel, back through our “hood” (the Louvre) and back to the apartment for a shower, glass of wine, and a rest.

It was kind of comforting to buy that wine across the street and know the woman selling it; she is also the concierge of our AirBnB!

Out into the night, we crossed the Pont Neuf bridge and made our way to the Latin Quarter for dinner. We had no destination planned, deciding to see what fate would throw our way. We found an old town squared peppered with restaurants and chose Foxia near the impressive Fontaine Saint-Michel. We sat in the courtyard enjoying the warm night and lively spirit. 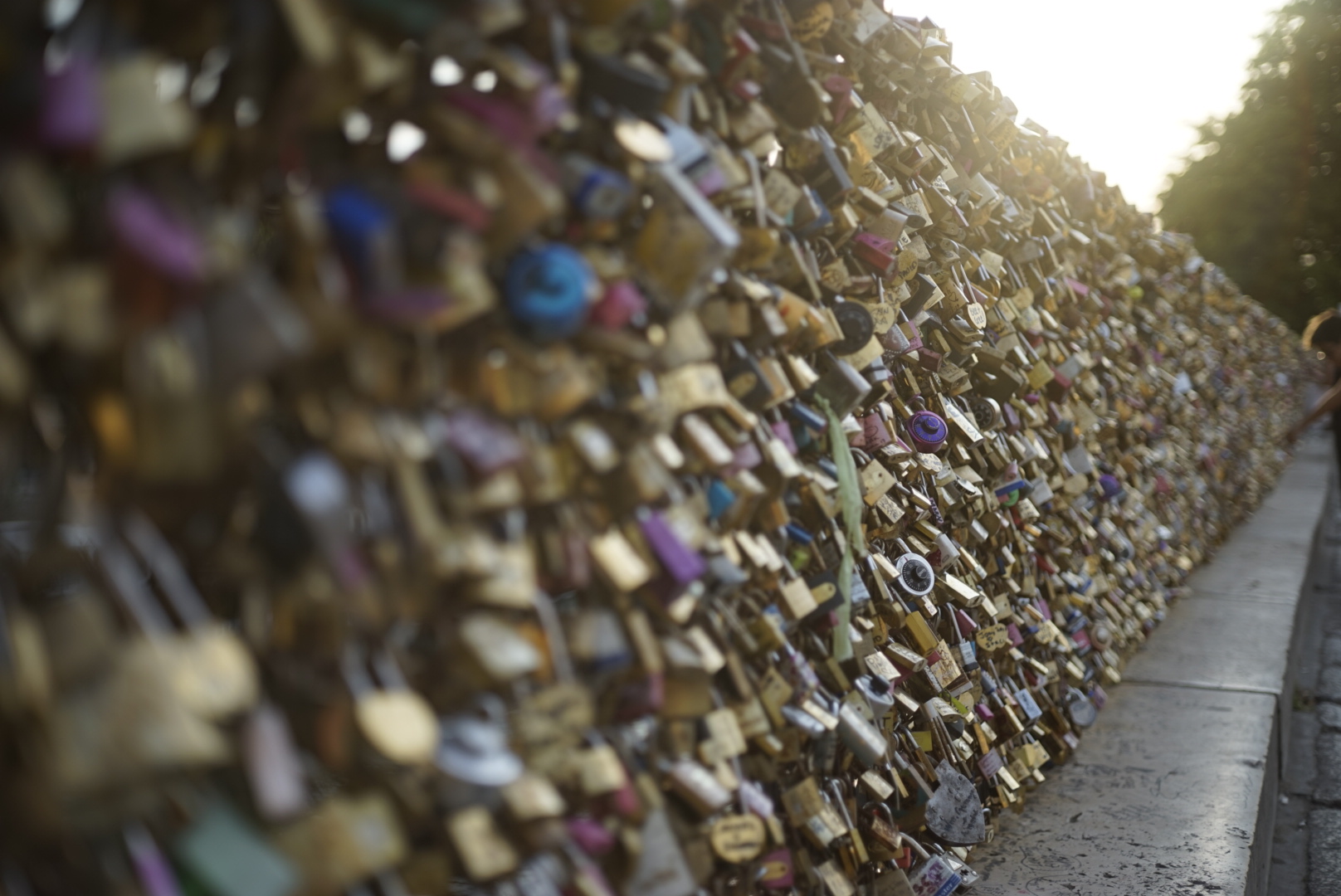 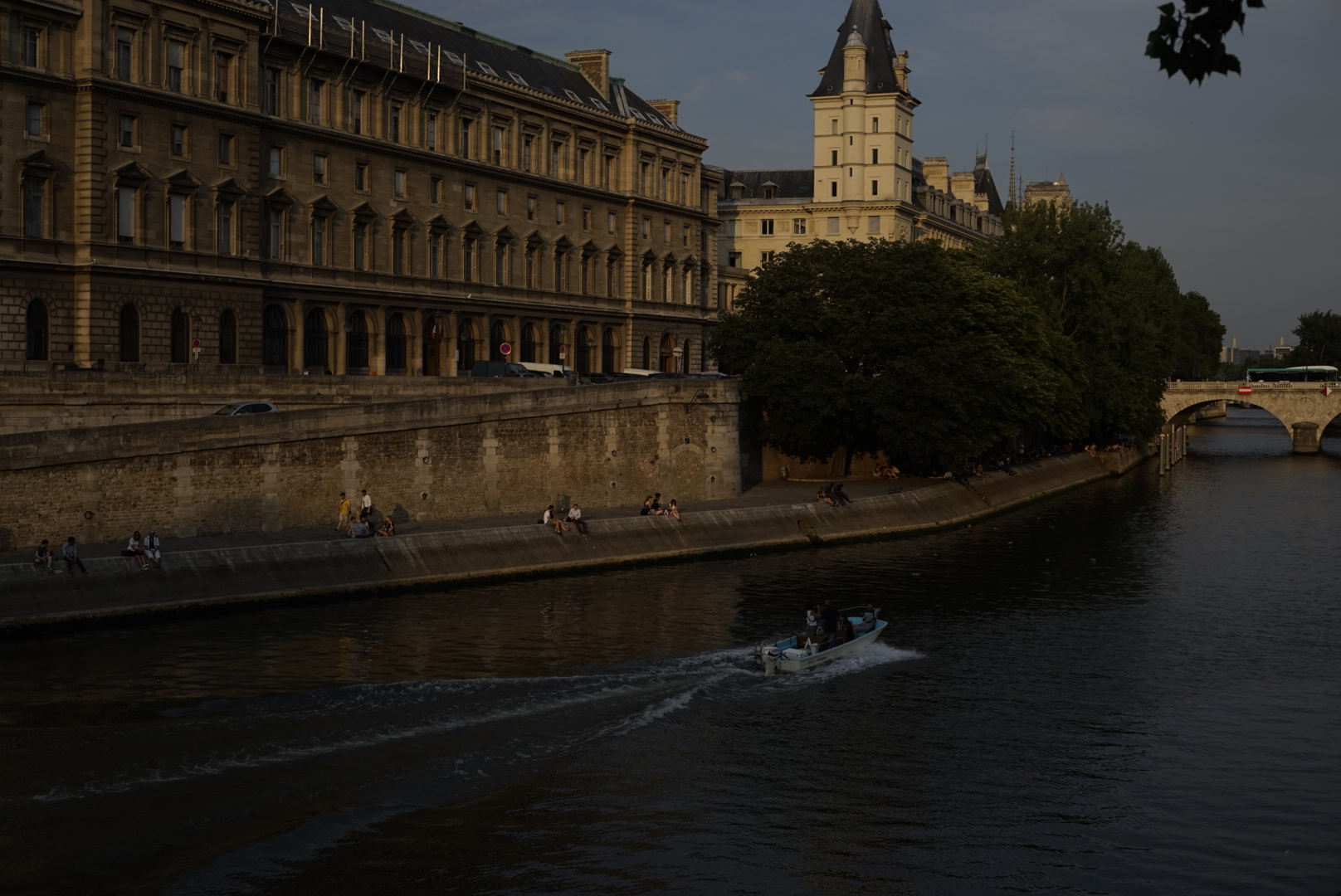 After dinner we wandered the Latin Quarter and happened by Shakespeare & Company again. There was a small revolution and the book nerds were victorious. 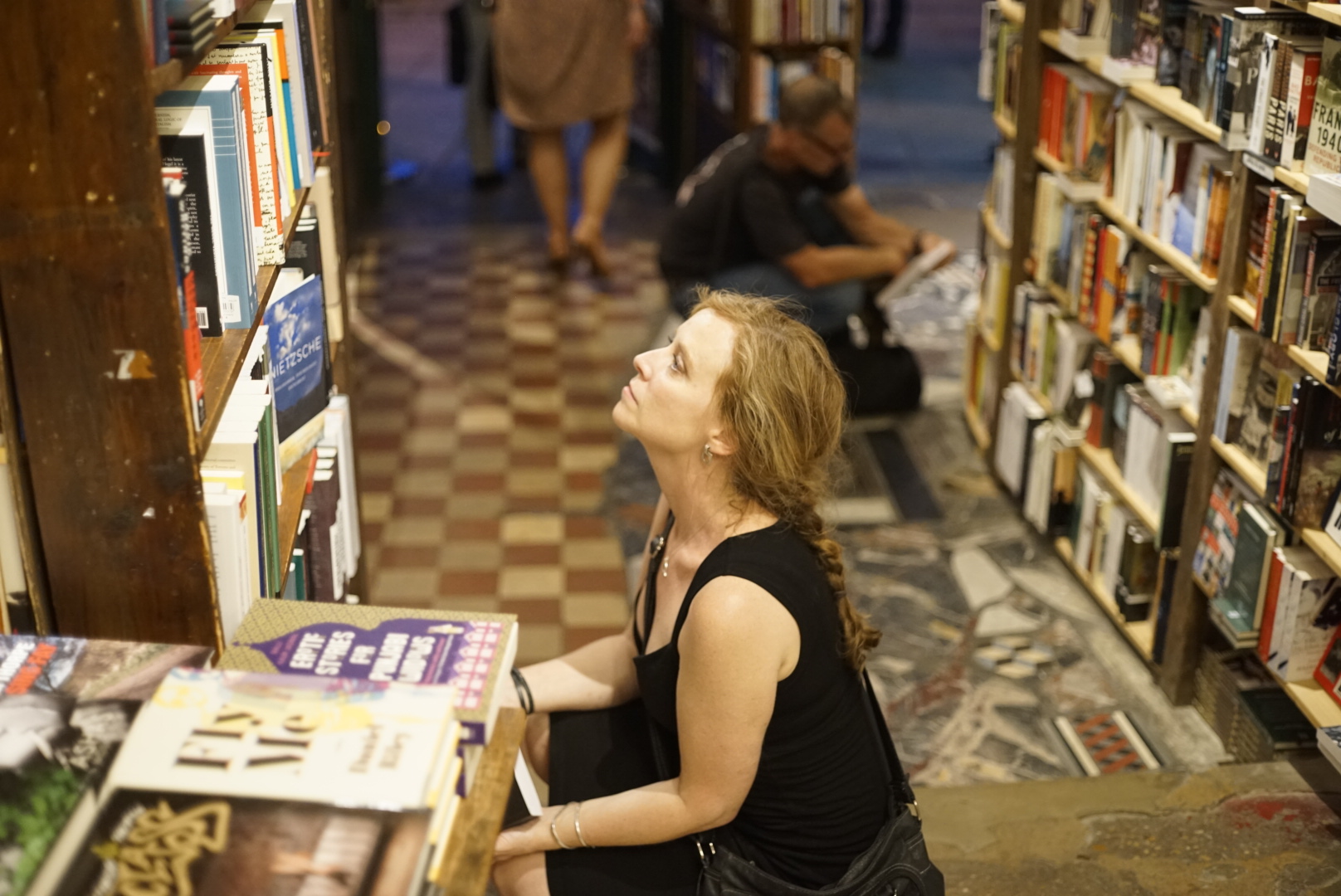 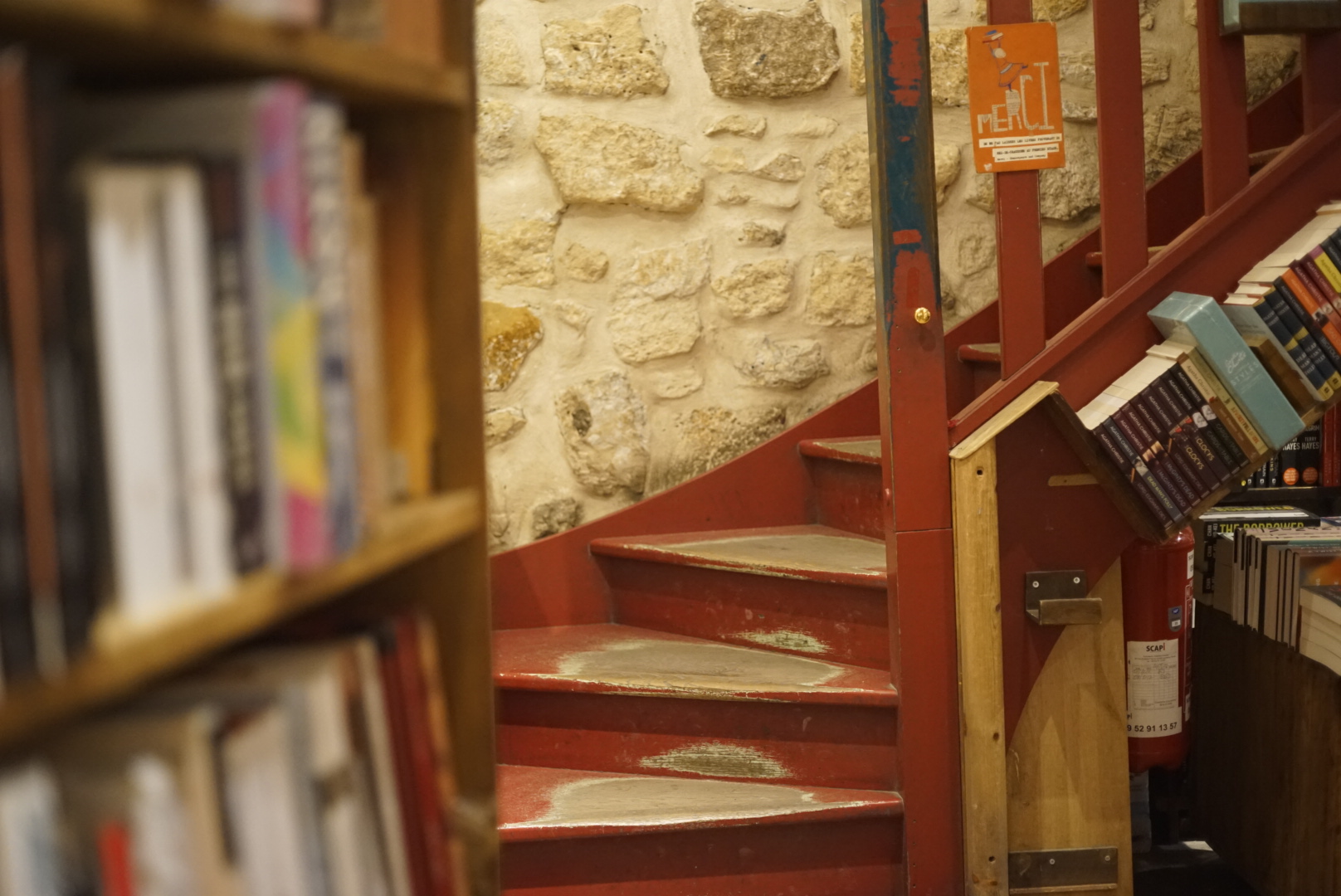 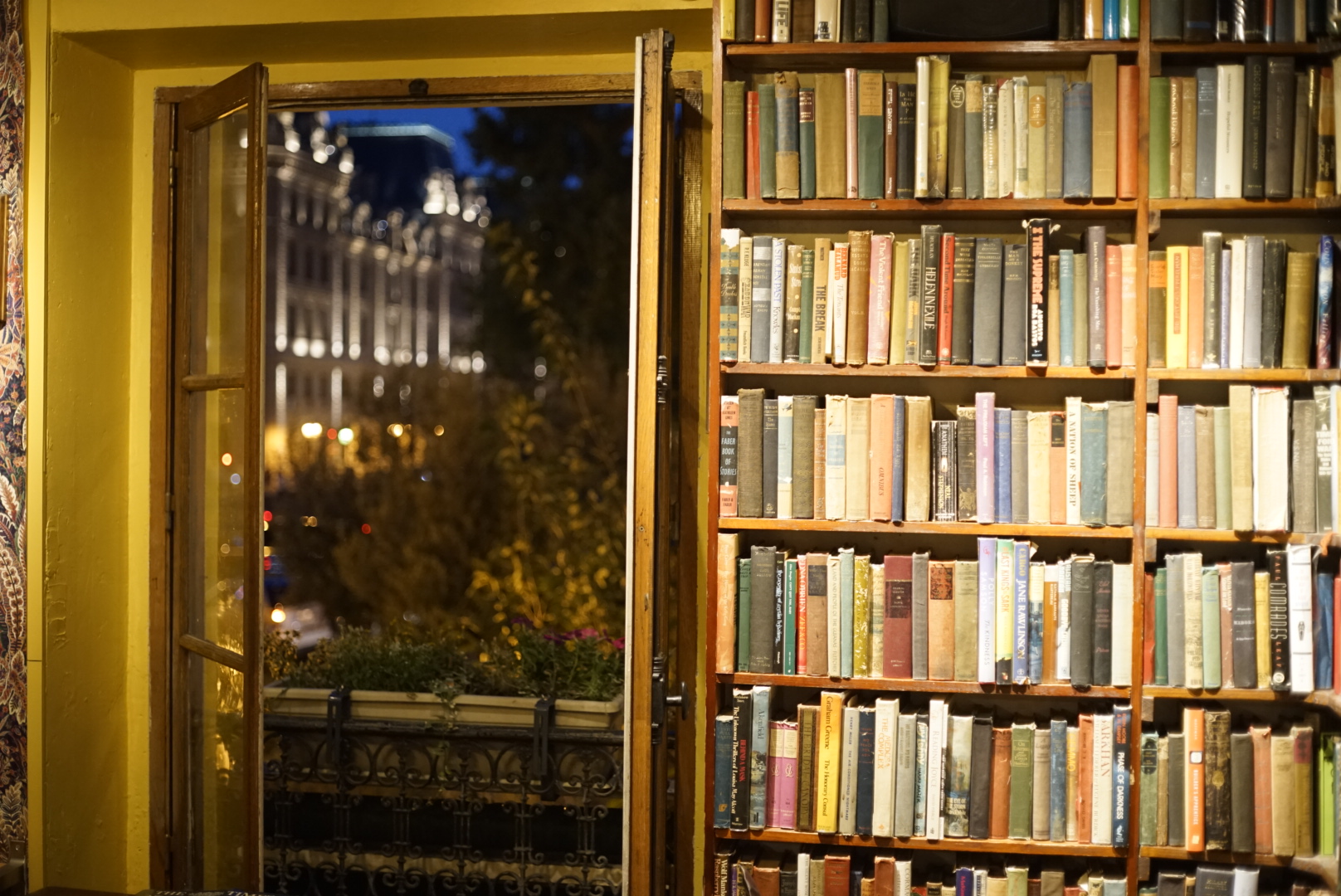 After buying some hefty philosophical tomes we were back on the street. 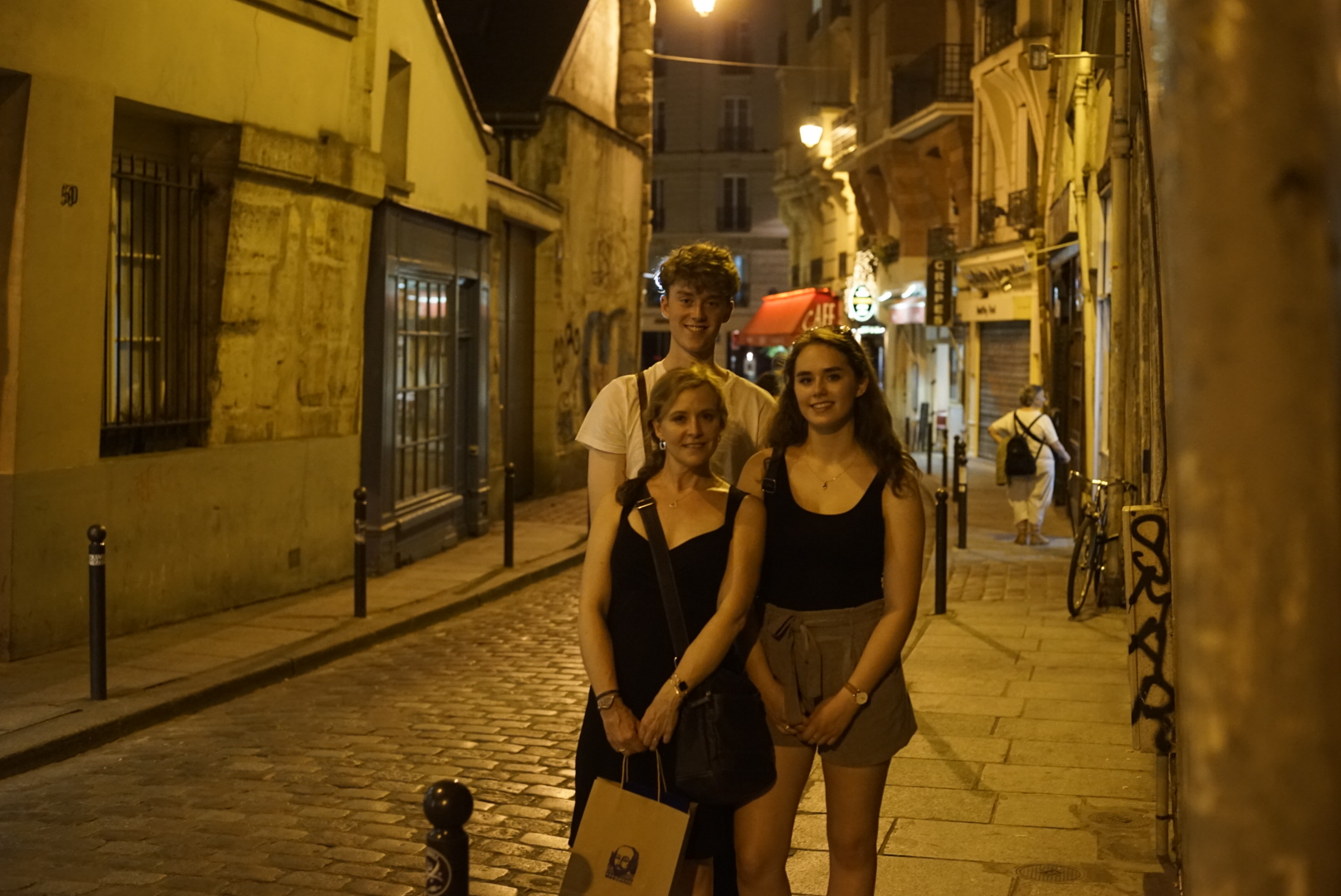 We crossed the Pont de l’Archeveche to see the back side of the Notre Dame and then across the Pont Saint-Louis to catch a glimpse of the good life on the posh little island in the Seine. As it was getting on midnight, we were flagging, we headed for home on the Right Bank and were surprised by how lively the river bank was with young revellers. All the way from Pont Louis Philippe to the Pont Neuf, there were parties, small and large, along the riverbank.